Learning from our success in reducing youth imprisonment

Canada’s success in reducing youth imprisonment in the last two decades is evidence that reform of the justice system is possible, with the political will. by Anthony Doob, Jane Sprott, Cheryl Webster May 10, 2018
Share

On an average day in 1997, 3,825 young people (ages 12 to 17) were serving sentences in Canadian youth prisons. By 2015, that number had decreased to 527, an 86 percent reduction. This is a drop from 157 per 100,000 12- to 17-year-olds to 23. Canada’s successful decrease in the number of youths serving sentences in prison may provide lessons that can be applied to other areas of public policy. Specifically, it may help us understand Canada’s failure to reduce substantially its rate of adult imprisonment and also that of youth pretrial detention.

The youth imprisonment rate stands in stark contrast to its adult imprisonment rate (ages 18 and over). Figure 1 presents these diverging trends (using estimates when data were unavailable for certain years in some provinces — mostly for pretrial custody of youths).

The reduction in the incidence of youth imprisonment did not just happen by itself. It dates back to at least 1965, when a Department of Justice committee suggested that imprisonment of youths be “a last resort.” Subsequent legislative proposals (in 1970) and committee reports (in 1975) also recommended reduced use of court and prison for youths. By the late 1970s, the Liberals (in 1977) and the Conservatives (in 1979) had released outlines of their (very similar) proposals to replace Canada’s youth justice legislation. Unsurprisingly, both sets of recommendations urged restraint in the use of youth court and imprisonment. The scene was set for change.

The 1982 Young Offenders Act (YOA) came into force in 1984. In contrast with its predecessor, it legislated restraint in the use of youth imprisonment. Yet it was largely unsuccessful in achieving this goal. In fact, when speaking in 1994 at second reading of amendments to the YOA, Minister of Justice Allan Rock described the YOA as a qualified failure in controlling or reducing the use of custody.

The stated expectation [of the Young Offenders Act] was that the emphasis for young people caught up in the criminal justice system would be on community based, positive, rehabilitative dispositions so that they were not sent to custody…For the most part that promise has not been fulfilled. In fact the level and extent of custody as a sentence for young offenders found guilty in youth court are vastly higher than first expected. Over 30 per cent of those young offenders found guilty…receive a sentence involving custody.

Part of the reason the YOA failed — we suggest — is that it used what might loosely be called “aspirational” language. This suggested — but did not require — restraint. On limiting the use of incarceration, for example, the YOA instructed the court that less serious offences should result in “non-custodial dispositions whenever appropriate” and that “custody shall only be imposed when all available alternatives to custody that are reasonable in the circumstances have been considered” (emphasis added). Notably, it was only in the mid-1990s that more prescriptive language prohibiting the use of custody started to be used. As an example, a 1994 amendment stated that “an order of custody shall not be used as a substitute for appropriate child protection, health and other social measures” (emphasis added).

In addition to amending the YOA, the minister of justice at the time asked the Commons justice committee to conduct a thorough examination of youth justice. Simultaneously, a federal-provincial-territorial committee did its own examination. The recommendations of the Commons justice committee in 1997 and of the federal-provincial-territorial committee in 1996 were somewhat different. Yet both recommended a reduction in the use of court and custody. Hence, by the mid-1990s, the need for legislative change to bring about restraint was well established.

The Youth Criminal Justice Act limited the use of youth court and youth imprisonment…Prison was to be resorted to only under very narrow — and explicit — conditions.

In May 1998, the government responded with an unpredicted decision: rather than amending the YOA, it would develop an entirely new act. The Youth Criminal Justice Act (YCJA), introduced in March 1999, provided the mechanism to ensure that the use of youth court and youth imprisonment were limited. Police were instructed that they “shall,” in all cases, consider noncourt approaches (such as warning or cautioning the youth) in responding to offending by youths. However, the Act also states that the “failure of a police officer to consider [options other than charging the youth] does not invalidate any subsequent charges.” More importantly, for youth, prison was to be resorted to only under very narrow — and explicit — conditions. The wording to accomplish the agreed-upon goals was specific and operational, not just aspirational.

Equally important, it took four years for the YCJA to come into force. This period allowed the federal government to ensure that those administering youth justice understood that in order for them to be in compliance with the law, important changes would be required. Extensive education programs were established and federally funded for judges. Similarly, new programs designed to be substitutes for formal court processing were developed. Restraint in the use of youth court and custody was henceforth to be the guiding principle. An award was established for innovative police programs to keep youths out of court (it was awarded for the first time in 2000 — almost three years before the YCJA came into effect).

The impact of this four-year preparatory period was notable. On the one hand, there was a decline in police charging of youths, starting as early as 1998 (figure 2).

Similarly, the rate at which youths were sentenced to imprisonment also started to decline (figure 3).

The success of the YCJA was immediate. All three figures in this article show that there were substantial one-year decreases in formal youth processing in 2003, the year in which the YCJA came into force. And the long-term effects are equally large. Of youth incidents that came to police attention, 63 percent led to charges in 1998, compared with 45 percent in 2015. Similarly, 29 percent of those found guilty were sentenced to custody in 1998, compared with 16 percent in 2015, despite an increase in the proportion of court cases with a guilty finding for violence (from 21 percent to 30 percent).

In brief, fewer youths were brought to the attention of the police. Of this declining number, the police charged a decreasing proportion of them. Of those sent to court, an increasing number of cases were withdrawn. Of those ultimately found guilty, fewer cases were sentenced to custody.

Canada was successful in reducing youth serving sentences for three reasons. First, the view that the incarceration of youths should be avoided was broadly accepted by the mid to late 1990s. Second, the legislation moved from what we would term “aspirational” language to much more explicit and directive “operational” language to ensure that change would occur. Third, the government ensured training, education and financial support, which ultimately promoted and sustained change in the culture of youth justice. In fact, the continuing decline in the use of youth imprisonment to the present day would certainly suggest a long-term shift in the administration of youth justice.

Canada’s success in reducing youth custody is in striking contrast to its failure in the case of adult imprisonment. While restraint in the use of adult incarceration has been advocated by official commissions and committees for over 100 years, successive governments have been reluctant to take a strong stand in favour of it. A notable current example of this reluctance is the unwillingness of Justin Trudeau’s government to do anything about mandatory minimum penalties, notwithstanding its commitment to implement all the recommendations of the Truth and Reconciliation Commission that are within its jurisdiction. That commission recommended, in Call to Action #32, that judges be given the explicit power to depart from mandatory minimums. It hasn’t happened. At least part of the explanation, we would suggest, lies in the lack of political will to do it.

Equally notably, “restraint” in the use of custody for adults is also legislated, but largely in aspirational language, making continued imprisonment of minor offenders possible. Further, there is nothing on the horizon to suggest a coordinated legal, educational and cultural push for change in adult sentencing like the one that took place between 1994 and 2003 for youths.

The lesson, we propose, for anyone interested in reducing imprisonment is that change can occur if governments actually want it. The dramatic success in reducing the use of youth court and custody over the last 20 to 25 years stands as powerful testament. It would seem that Canada has simply not (yet) had the political will to make it happen in other areas of public policy. 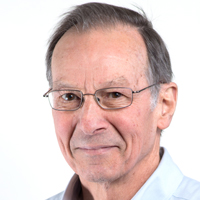 Anthony Doob
Anthony Doob is a professor emeritus at the Centre for Criminology and Sociolegal Studies at the University of Toronto.
View all by this author Jane Sprott
Jane Sprott is a professor at the Department of Criminology at Ryerson University.
View all by this author Cheryl Webster
Cheryl Webster is a professor at the Department of Criminology at the University of Ottawa.
View all by this author
X

Learning from our success in reducing youth imprisonment