Canada has largely failed to address racial inequality, leaving open the debate on whether social policy should be designed to target racial minorities or whether a universalist approach should be used to benefit all citizens. We argue it should be both: that racial inequality would be best addressed through an explicit strategy of targeting within universalism combining more generous universal social policies with extra benefits and services that disproportionality help less-privileged households.

Keith Banting and Debra Thompson documented Canada’s failure to address racial inequality in a recent Canadian Journal of Political Science article. In 2015, the poverty rate of Canadians who did not belong to a visible minority was slightly more than 12 per cent. (The poverty rate is defined as low income after tax.) But it was almost 21 per cent for racial minorities in general, almost 24 per cent for Blacks and slightly more than 36 per cent for Arabs.

Banting and Thompson deplore the persistence of racial inequalities and the overall absence of policies aimed explicitly at reducing them, stating: “overtly racist intentions are not required in order for prevailing structures and institutional arrangements to leave racial hierarchies unchallenged.”

They argue that the solution to racial inequality would require specific labour market interventions aimed at countering discrimination, but also better universalist policies benefiting all citizens equally. We do not disagree. However, the best strategy would explicitly combine universal social policies with extra benefits and services for less-privileged households.

Pro-poor approaches, or selective policies that target the poor, are not particularly good for the poor. Existing research shows that means-tested transfers available only to the poor fail to reduce poverty. As Walter Korpi and Joakim Palme established in a now famous study, citizens are more likely to support and pay for policies that benefit all than they are to vote for policies aimed at the poor only. Chronically underfunded, policies for the poor tend to remain poor policies.

This difficulty is probably reinforced when means-tested policies are amalgamated with race. In the United States, for instance, the focus on race has often fed a racial resentment inimical to welfare state expansion. To explain “why Americans hate welfare,” Martin Gilens shows that the U.S. media and politicians have consistently associated means-tested social policies with poor racial minorities, thereby reducing the white majority’s support for the welfare state.

In her work on redistribution policies in India, Prerna Singh finds the states that have done best are those imbued with a strong state-wide identity that has prevented them from pitting one category of the population against the other. Targeting social policies at certain racial groups may fuel a politics of resentment that would undermine the welfare state.

How can we ensure that social policies guided by the universality principle benefit primarily the poor, if it is not with means-tests based on earned incomes? What is the recipe for targeting within universalism?  Our recently published study on redistribution in advanced welfare states compares countries along two distinct dimensions: their universalism, measured by the proportion of means-tested transfers they have and by the share of private spending in social expenditures, and their pro-poorness, assessed by the concentration of their social transfers on the poorest households. Thus, universal welfare states maintain low shares of private social expenditures and of means tested benefits, whereas residual welfare states have high shares of both; pro-poor welfare states concentrate transfers on low income households; pro-rich welfare states do the opposite.

Once again, pro-poorness is not necessarily good for the poor. A country can be pro-poor and give very little to the poor if it gives even less to the non-poor (the United States, for instance). A country can appear pro-rich if it gives generously to all (France, for example). Statistically, the key to poverty and inequality reduction is always universalism When social programs are universal, there is less poverty and more equality. In this sense, the lessons from Korpi and Palme remain relevant.

But what about countries that are both universalist and pro-poor (the Nordic countries, Belgium and New Zealand, for example)? These countries seem to have hit the magic formula of targeting within universalism. They give to all but provide more for those most in need. Compared with France, for instance, they obtain more redistribution with fewer financial resource commitments.

Our study suggests that targeting within universalism is best achieved when there are limits to earnings-related pensions, which are pro-rich by design, and more efforts to support working-age families. Employment insurance, for instance, is not explicitly targeted, but a generous program primarily benefits people with precarious or unsteady jobs, who are usually not among the high earners. Increasing the generosity of the employment insurance system would target within universalism. All unemployed Canadians could benefit from the program, but it would help primarily the poor and would reduce inequality among racial groups because immigrants and racial minorities have a higher risk of unemployment than Canadian-born and white Canadians.

Targeting within universalism can also be achieved with policies that offer more benefits to the poor than to the rich but give access to all (or most) Canadians. The new Canada child benefit, for instance, fits within this category since poorer parents receive large sums of money, while richer parents do not receive much. It was not conceived to address racial inequality, but it does so because it lifts the revenues of the poorest families. Targeting within universalism fits with Banting and Thompson’s preference for programs that are both universal and pro-poor. This delicate balance in social programs also indicates that measures aimed at specific categories of the population are not necessarily inimical to universalism if they are cast in a broadly universalist framework.

Banting and Thompson argue that Canadian social programs were not designed to address racial inequality. They were largely introduced and institutionalized between 1960 and 1980, when more than 96 per cent of the population was of European origins (Indigenous peoples representing less than 2 per cent of the total). Proponents of more generous public policies embraced a postwar liberal universalism that rejected racial distinctions and favoured equal rights for all citizens. Much less diverse than today, the country opted for universalist norms that overlooked racial inequalities or believed they would best be tackled by colour-blind policies.

Challenging categorical inequalities is hard to do. Sociologist Charles Tilly spoke of durable inequality to designate income gaps between groups defined by gender, race, ethnicity, religion or language. Banting and Thompson do not mention it, but Canada did remarkably well in ending one such durable inequality and in reducing another one.

The long-lasting income inequality between francophones and Anglophones basically disappeared in Quebec in the 1990s, primarily because of universal social and education investments by the provincial government, but also with the help of linguistic laws. More enduring, the income inequality between women and men has partly diminished over time, a result of years of mobilization and an outcome of universal policies such as child care, parental leave and pay equity.

Hopefully, the re-elected minority Liberal government will fight racial inequality by enhancing the generosity and coverage of the employment insurance program and by improving social policies that reduce poverty among working-age Canadians. Research on targeting and universalism warns us against purely pro-poor solutions. To reduce poverty, a country needs universalist foundations. 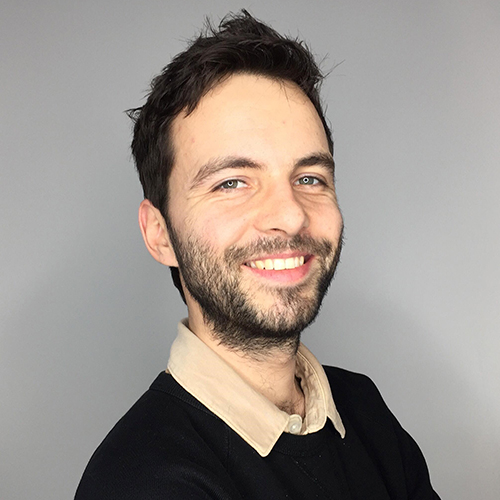 Alain Noël
Alain Noël is a professor of political science at the Université de Montréal. He is the author of Utopies provisoires: essais de politiques sociales (Québec Amérique, 2019).
View all by this author
X