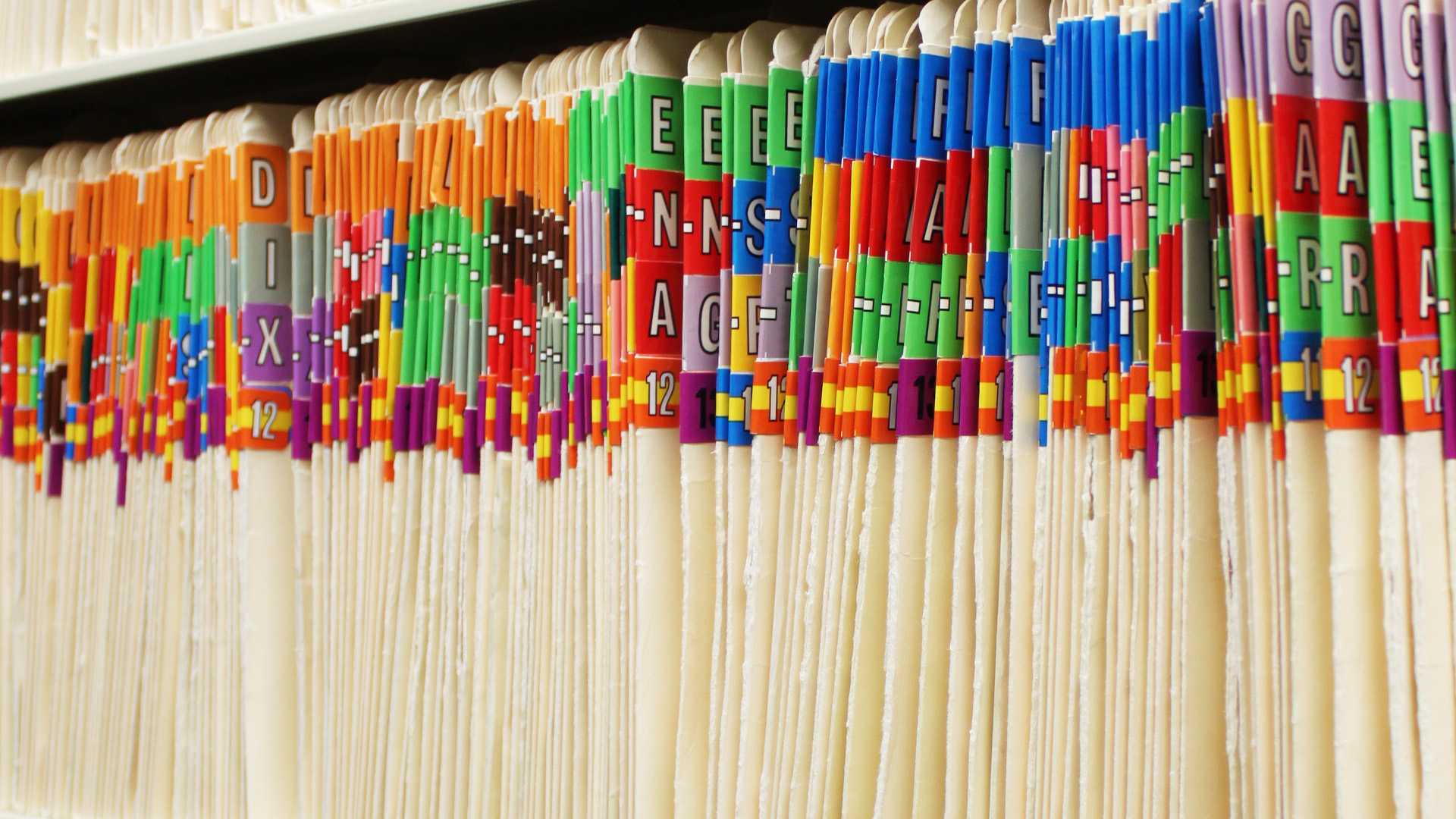 High-quality scientific evidence, and the data and analysis on which it is based, is essential to inform the immediate needs of COVID-19 policy and effective health policy more generally. In the current emergency pandemic context, it could have saved lives and reduced serious illness.

This situation is not new. Canada’s health information has been sub-standard for decades. The pandemic has only served to make the problems more visible. It’s time the federal government provided much stronger leadership so Canada can finally have an effective health data infrastructure.

Seeing not only where the virus is, but also where infections and health care impacts are heading, requires extrapolation and modeled projections. But in Canada, we have major blind spots because much of the essential data are either not being collected, are being collected using archaic technologies such as faxes, or are bottled up in separate data silos because of excessive fears of privacy breaches – a pervasive privacy chill.

Without recognizing and addressing these blockages, Canada can’t move forward to create the robust health data infrastructure we so desperately need.

The fundamental issue is the absence of a wide range of critically important and timely data. To give only one example in the pandemic context, the data on COVID-19 cases and vaccinations are spotty and tardy as they flow to the Public Health Agency of Canada (PHAC). The same is true for the data around death certificates, which is needed to monitor excess deaths.

PHAC’s mandate includes providing effective national surveillance especially in a timely and comprehensive manner for infectious disease outbreaks. Yet the federal auditor general recently concluded that “the agency was not adequately prepared to respond to a pandemic, and it did not address long‑standing health surveillance information issues prior to the pandemic to support its readiness.”

Pandemic policy decisions, in addition to a political willingness to understand and act on the science, require more than simple counts of cases and hospital admissions. They require timely patient-level data, linked over time, to see statistically, for example, how patterns of progression from infection to hospitalization to care in the intensive care unit are affected by factors such as individuals’ chronic diseases, where they work, and characteristics of their neighbourhoods.

The objective in these analyses, as well as those for care health services more generally, is estimating statistical patterns. There is absolutely no interest in data on named patients and no intent to invade an individual’s privacy.

In Canada, these kinds of probing statistical analyses are largely missing, not always because of obsolete and archaic data collection systems, or because they are being systematically blocked by data custodians over-reacting for fear of a privacy breach. They may also be blocked by ignorance, or worse a “know nothing” disinterest among the most senior health sector leadership. Even more disturbingly, in some cases, they are blocked by institutional arrangements specifically intended to avoid probing – and possibly controversial – analyses ever becoming public.

The stakes are high in the ongoing struggles over the control of health information.

Physicians, or at least some of their political leaders, are naturally concerned about analysts finding “bad apples” in their midst. They also know about the long history of research showing myriad unexplained variations in a wide range of clinical practice across small geographic areas, so-called “postal code medicine.” These variations are often associated with costly waste and inefficiency, as well as possible harm to patients.

Evidence of these variations in the U.S. led, decades ago, to the idea of “clinical practice guidelines” to rein in inappropriate health care. Physicians in response labelled such guidelines “cookbook medicine,” more because of fears it would limit their autonomy. More to the point, if such guidelines did reduce waste and inefficiency, they would also reduce physicians’ incomes, since every health-care cost is someone’s income.

Privacy chills may also be the reason the billions of dollars invested in Canada Health Infoway have been so underwhelming. Infoway’s investments in electronic health record (EHR) software, not unreasonably, emphasized the benefits for “patient care.” But for quite some time, it studiously avoided any mention of “health system uses” of EHR data that could improve quality of care in general, not least by revealing the extent of postal code medicine in the country.

What can explain this decades-long failure to fix Canada’s health information system?

Data custodians, including mid-level public servants in charge of the various provincial health care data on patients’ hospital and doctor visits, lab and diagnostic tests, and vaccinations, understandably fear a data breach on their watch, while they get no reward if these data are used to produce important public good benefits. A culture of “stewardship” rather than “custodianship” is needed to ensure both protection of privacy and reap the major public good benefits from fully pan-Canadian data analysis and actionable evidence.

Privacy commissioners themselves can be a source of privacy chill. Their job is to protect privacy, not to champion the beneficial uses of sensitive personal health information. Still, they could be more vocal in saying, as the office of the federal privacy commissioner did recently: “During a public health crisis, privacy laws still apply, but they are not a barrier to appropriate information sharing.”

Provincial health ministers face very strong incentives to avoid embarrassment, as do hospital and health region CEOs. Sophisticated statistical analyses of their data are bound to produce embarrassing results from time to time, such as too many unnecessary surgeries or excessive diagnostic imaging of one sort or another, at large cost to taxpayers. A stark example is a decade-old analysis showing a three-fold difference in the rate of heart attack surgery across health regions in Canada with no difference in 30-day mortality. Provocative as these disturbing results were, the data to update this kind of “postal code medicine” analysis for Canada remain difficult if not impossible to access.

Private sector software vendors are another major source of blockage, given their natural incentives to lock clients, such as hospitals and physicians’ offices, into their own software packages. While taxpayers fund this software, provincial health ministries have allowed these vendors to get away with impeding data interoperability.

Finally, we come to the federal government. It has very strong powers but has failed to use them. The billions of dollars transferred to the provinces with no real strings attached in the 2004 and 2017 First Ministers’ Health Accords, and the 2020 Safe Restart program, are major lost opportunities.

The provinces loudly assert their “sole” jurisdiction in the health area. But this is clearly false; health is a shared jurisdiction. Health Canada approves new drugs and devices, and the federal granting councils spend billions every year on health and related research. The provinces do not complain about either. They even asked the federal government some years ago to take on pharmacare.

The federal government has constitutional jurisdiction over statistics and quarantines, as well as the safeguarding of peace, order and good government. In the near term, Ottawa must be willing to tie strings to major health fiscal transfers, especially to require some of these funds be used for collecting and curating unexpurgated, machine readable, linkable, near real-time, patient- and physician-level data, all based on standard concepts and definitions. Canada also needs an ongoing “rapid response” capacity to mount new real-time data collection and integration in the event of new health emergencies. In both cases, these data need to be applied to support policy-relevant, actionable statistical and modeling analyses.

Even with the federal Budget 2021’s very welcome proposed strengthening of Statistics Canada, health data responsibilities at the federal level are scattered among the Canadian Institute for Health Information, Statistics Canada, Canada Health Infoway, the Public Health Agency of Canada, Health Canada, Canadian Institutes of Health Research, and a range of smaller organizations.

One is always leery of suggesting a new organization, such as new truly effective pan-Canadian “Health Data Science Agency,” or significant restructuring of current organizational roles, but something along these lines is essential.

To be successful, any new organizational structures would require a strong federal legislative mandate, clarity in relationships with and among existing pan-Canadian organizations, explicit recognition in federal privacy legislation, and adequate ongoing funding for staff.

The mandates for a new agency or restructured organizations would also have to be recognized as part of the ongoing conditions tied to the billions in federal fiscal transfers to the provinces and territories, specifically requiring them to produce and share in near real time all essential data flows. This reorganization would in no way derogate from provincial authority in the delivery of health care.

Given the decades of continued failures in moving Canada’s health information to an adequate level of capacity and quality, nothing less than a major new initiative is warranted. Michael Wolfson
Michael Wolfson held the Canada Research Chair in Population Health Modelling at the University of Ottawa from 2010 to 2017. He worked in several federal departments, including the Treasury Board Secretariat, Finance, the Privy Council Office, and Statistics Canada, where he was assistant chief statistician.
View all by this author
X

by Michael Wolfson. Originally published on Policy Options
May 4, 2021