The triage process needs to be public for accountability, particularly among disability groups most likely affected by decisions. by Vardit Ravitsky, Bryn Williams-Jones June 2, 2020
Share

In the early days of the COVID-19 crisis, Quebec, like other parts of Canada, feared that the horrifying experiences of overflowing hospitals in Italy and Spain would be reproduced. It was evident that the healthcare system in Quebec needed to be prepared for the worst-case scenario: triaging patients. Having to prioritize who would get access to limited resources like beds in Intensive Care Units, ventilators and healthcare personnel. The problem is that while triage protocols were needed quickly, they were developed without being subjected to public critique or debate.

In Quebec two protocols – one on triage for intensive care and another on access to surgeries – are circulating among health professionals and managers but neither have been officially released. The systems in place in Quebec and also in Ontario were developed with little or no public consultation.

Triage protocols offer criteria for prioritizing patients and determining who would have access to certain resources if the need outstrips the availability. Such protocols are based on the ethical principle of maximizing benefits. In other words, saving the greatest number of patients or helping certain patients live the longest, post-treatment.

In this context of triage, ethical principles kick in once the clinical evaluation concluded that an individual cannot be prioritized solely on a clinical basis (for example, risk of long-lasting harm without treatment or chance of survival following intubation). Other criteria may then play a role, such as whether that person is a healthcare provider (prioritizing based on their usefulness to the health-care system) or whether they had a chance to go through the life cycle (prioritizing resources to the young who have not yet lived through all the stages of life). Such non-clinical criteria are much more controversial.

Following the SARS crisis in 2003, model triage protocols were developed by a team at the University of Toronto’s Joint Centre for Bioethics, based on a transparent consultative process involving diverse stakeholders. Over 15 years later, it’s surprising to note that Canadian health-care systems are scrambling to quickly develop and implement triage protocols. Why we do not always have these in place as a part of pandemic preparedness is a good question. But to be fair, the midst of a crisis is not the best time to engage in this sort of “why didn’t we?” questioning: that time will come later.

As academic bioethicists who have long worked with Quebec professional bioethicists, we have been supporting our professional colleagues since the beginning of the current crisis by facilitating access to academic resources and hosting a weekly online discussion forum. Through this involvement, we had access to two triage protocols that had also been obtained by journalists.

An analysis of these protocols raises numerous ethical concerns and these have been discussed in academic presentations and in the media, and even led to a public petition by the Quebec Intellectual Disability Society. Our concern is the fact that these documents are not publicly available. While we acknowledge that proper public consultation may have not been possible under current emergency circumstances, we lament the fact these protocols are not accessible for public comment now that they exist.

Further, a look at the list of authors and key stakeholders consulted identifies health professionals and professional bioethicists, but no academic researchers. More problematic, though, is the fact that only a limited number of public stakeholders were involved. While a handful of patient-partners were consulted, the notable absence of patient advocacy groups or those involved in defending the rights of disabled communities is concerning, as they are more likely to be negatively affected by triage decisions.

The Quebec protocols have not, as far as we know, been officially enacted by the Quebec Ministry of Health and Social Services. Nonetheless, they are being disseminated widely within the healthcare system and supported by webinars for health administrators, clinicians and bioethicists.

Interestingly, when journalists or academics asked for copies of the protocols, they have been told to make an Access to Information Request. Yet, these protocols are circulating in the professional community through multiple channels, and if one makes the effort to search for them online, they are also available (if not indexed) on different government and professional association websites (MSSS, AMOL, CMQ).

What we find unacceptable is that the general public is only informed about these critically important documents by the media. Rather than trying to keep these documents behind closed doors, the government should actively disseminate them to promote a sense of transparency and trust.

Moreover, the government should frame their message appropriately. In other words, it should be explained in accessible terms why these protocols are needed, how they were developed, and the underlying ethical principles and choices that have been made.

In a crisis situation, as with COVID-19, trust in health professionals, in the healthcare system and in decision makers is crucial. Without trust in government leaders and public health professionals, the population would not have complied with and accepted limitations on our civil liberties in order to limit the spread of the virus.

Thankfully, so far, prevention measures have worked and hospitals in Quebec and the rest of Canada have not been overloaded. Triage protocols have not been deployed. They do, however, reflect ethical values and social norms that can be offensive and even harmful to certain populations even if they haven’t been activated. If a government protocol labels a certain community (for example, those with cognitive deficit) as lower on the priority list, this sends a message that carries societal weight even if the protocol never comes into effect.

Moreover, in the event that these protocols are used, they must be publicly acceptable. This requires transparency on the part of health authorities, and that means making these protocols publicly available so they can be subject to analysis and public critique.

If patients, family members and marginalized communities who are likely to be directly affected do not have their voices heard, the protocols lose much of their legitimacy. Without this legitimacy, how can we expect healthcare professionals and bioethicists to use triage protocols in good conscience or have patients and families accept their outcomes, especially when this means that the latter do not receive the care that they would normally expect?

Triage protocols – whether they are developed individually by Canadian provinces or as part of broader national initiative – can seriously affect the timely and equitable access to care. They may be more or less inclusive and more or less discriminatory towards certain groups. Clearly, difficult choices have to be made in difficult circumstances, such as the COVID-19 pandemic. But for triage protocols to be publicly acceptable, they must be developed in a transparent and accessible manner, and they must be subjected to rigorous public debate. Ethics is thus fundamental to both the content of triage protocols as well as the process by which they are developed.

Vardit Ravitsky
Vardit Ravitsky is full professor at the Bioethics Program, School of Public Health, University of Montreal, and part-time senior lecturer on Global Health and Social Medicine at Harvard Medical School. She is president of the International Association of Bioethics and Chair of the Trudeau Foundation’s COVID-19 Impact Committee.
View all by this author

Bryn Williams-Jones
Bryn Williams-Jones, PhD, is a full professor and director of the Bioethics Program in the School of Public Health at the Université de Montréal. His work examines the conflicts that arise in academic research and professional practice with a view to developing ethical tools to manage these conflicts when they cannot be avoided. He is editor-in-chief of the Canadian Journal of Bioethics.
View all by this author
X 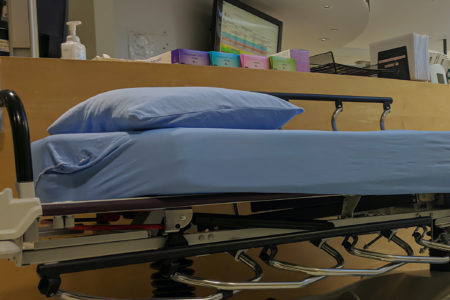