People walk with a banner that reads Freedom, near blocked Wellington Street, as truckers protest against the COVID-19 vaccine mandate in Ottawa, Ontario on Wednesday, February 9, 2022. THE CANADIAN PRESS IMAGES/Lars Hagberg Many Canadians are grappling with how to understand and address the convoy movement. As a first step, we must accept that the motivations of the lead organizers and other extremists, and the grievances of their sympathizers, are not new or spontaneous. They are deeply seated and they predate COVID-19. Political science offers at least three overlapping lenses to view both the longer path that led us to this point, and the one to greater democratic stability.

The first element at play is the perceived loss of status among members of a dominant societal group, namely working-class white men. This status threat is known to have contributed to the rise of Donald Trump in the United States and Brexit in the United Kingdom. More recently, it helps explain the origins of the 2021 U.S. Capitol riots. In all of these cases, right-wing leaders used rhetoric to stoke fears among predominantly (but not exclusively) white, blue-collar men that they had become Strangers in their Own Land, that their governments were leaving them behind, and it was time to make their countries “great again.” This language encourages a sense of nostalgia for an idealized version of the past that is significantly less inclusive than today in terms of gender, race, and ethnicity.

These beliefs trigger an impulse to defend the dominant group against what are perceived to be nefarious forces that are often beyond its control. Drawing together Canadians from industries hardest-hit by the forces of globalization, the convoy movement has appealed to these anxieties while simultaneously increasing fears among many members of marginalized groups amid overt appeals to white supremacy. Of course, not all convoy sympathizers subscribe to white nationalist views; but many share the sense of status loss that lies at the heart of the movement.

Status-threat mentality is related to a second driver of the convoy movement — tribalism — which combines strong in-group loyalty with an intense fear of “the other.” This “us-versus- them” approach contributes to a sense that one’s opponents are not simply adversaries to be defeated in democratic contests, but rather enemies to be vanquished and eliminated from the political sphere altogether.

Tribalism goes beyond conventional partisanship. Tribalists often use absolutist rhetoric and images of war to mobilize their supporters. The use of violence and “shows of force” that we have seen during the convoy highlight the extent to which the movement is more than a platform for protest. Tribalist leaders lionize themselves as the “good guys” and disparage their opponents as “traitors” simply because they express opposing views. In this form of dog-eat-dog politics, the victories of one side come at the direct expense of the other, and there is no room for compromise. Ultimatums are absolute, with little hope (or intent) for diplomatic resolution.

If being tribal means treating your opponent as illegitimate, it follows that you will reject their victory when your “enemy” wins power. This “produces a situation where political violence is no longer seen as taboo, particularly among supporters of the losing political party,” according to Penn State political science professor James Piazza. Combined with a perceived loss of status — whereby there is a sense of hopelessness that “your side” will have the opportunity to govern — this creates fertile ground for insurrection.

This lack of losers’ consent has been at the forefront of the convoy movement from the beginning. Some convoy leaders raised money and collected more than 300,000 signatures based on their explicit intent to overthrow a democratically elected government — a position they withdrew only as the protests entered their third week.

A lack of losers’ consent also manifests itself in positions short of sedition. Occupying the national capital on the grounds that governments must reverse public policy decisions that voters endorsed in an election only months prior is one. Right-wing media outlets seizing on an Elections Canada report of uncounted mail-in ballots to sow doubt (and conspiracy theories) concerning the outcome of the 2021 federal election is another.

Given the impact of these three driving forces, what can Canadians do to restabilize our democracy?

Writing about similar populist undercurrents five years before the U.S. Capitol Hill insurrection, University of Wisconsin political scientist Katherine Cramer left her readers with a singular hope: “that more and more people redirect the energy they use to engage with public issues away from criticizing their fellow citizens and toward improving the policy process to ensure that it is responsive to the needs of all people.”

To this end, Canadians wishing to reduce the sense of status loss, the intensity of tribalism, and the lack of losers’ consent must take it upon themselves to demand more of policy-makers and of their fellow citizens.

For starters, we need to take politics off social media and back to the physical public square. Most observers point to the anonymity and echo chambers created by platforms like Facebook and Twitter as a leading cause of tribalism. This has led to calls for social media regulation in order to reshape the ways we interact with people online.

The pandemic has only exacerbated this siloing effect by physically isolating people and making them less-inclined or able to engage with people who share opposing views. As we transition out of the pandemic, it will be crucial for elected officials to meaningfully engage the public in local democratic processes. This means resisting the temptation to stick solely to atomizing digital forms of engagement such as surveys and digital town halls. It means moving beyond elections, conventional one-way engagement exercises, or referendums to get people face-to- face with one another in venues such as community leagues, citizens’ assemblies, civil society groups and, yes, political parties.

This face-to-face interaction is crucial to rebuilding the trust ties within our communities. We have found this in our own focus groups, where progressives and conservatives have come together to develop “Common Ground” in Alberta politics. Unlike digital interactions, these face-to-face interactions are bound by time and space, and help facilitate greater levels of understanding and engagement between individuals.

At the same time, it is important to recognize the limits of tolerance and acceptability in democracies like Canada. We should not integrate those espousing hate and intolerance into our public discourse, nor should we accept those willing to pursue power through non-democratic means. Citizens and leaders must call out these acts and actors as being extreme and, in many cases, unlawful. As philosopher Karl Popper once famously put it, “if we are not prepared to defend a tolerant society against the onslaught of the intolerant, then the tolerant will be destroyed, and tolerance with them.”

So, in addition to a reinvigoration of the physical public sphere, it is incumbent upon citizens and elected officials to bolster and, where needed, reform the foundational institutions of our democracy to withstand the destructive anti-elitist and anti-pluralist tendencies of radical right-wing populism. Citizens, as much as their leaders, need to relearn and reaffirm our commitments to constitutional principles that promote rights and responsibilities through “peace, order, and good government.” That means investing in inclusive civics education at the school and post-secondary levels.

To finish Cramer’s thought, “That is asking a lot. In an atmosphere of resentment, it is tough to take the high road and operate on a belief that all people are, at root, good and deserving of respect. Our current politics give little incentive for elected officials to pursue such behaviour. It is time that those of us with the power to vote demand it of them.”

In the months ahead, Canadians will have plenty of opportunity to signal their intentions in elections, leadership reviews, and party leadership races. 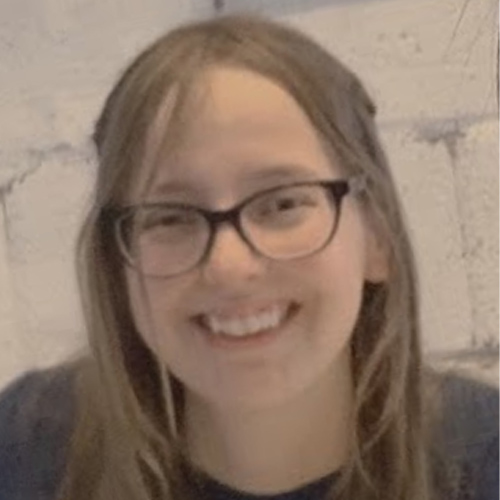