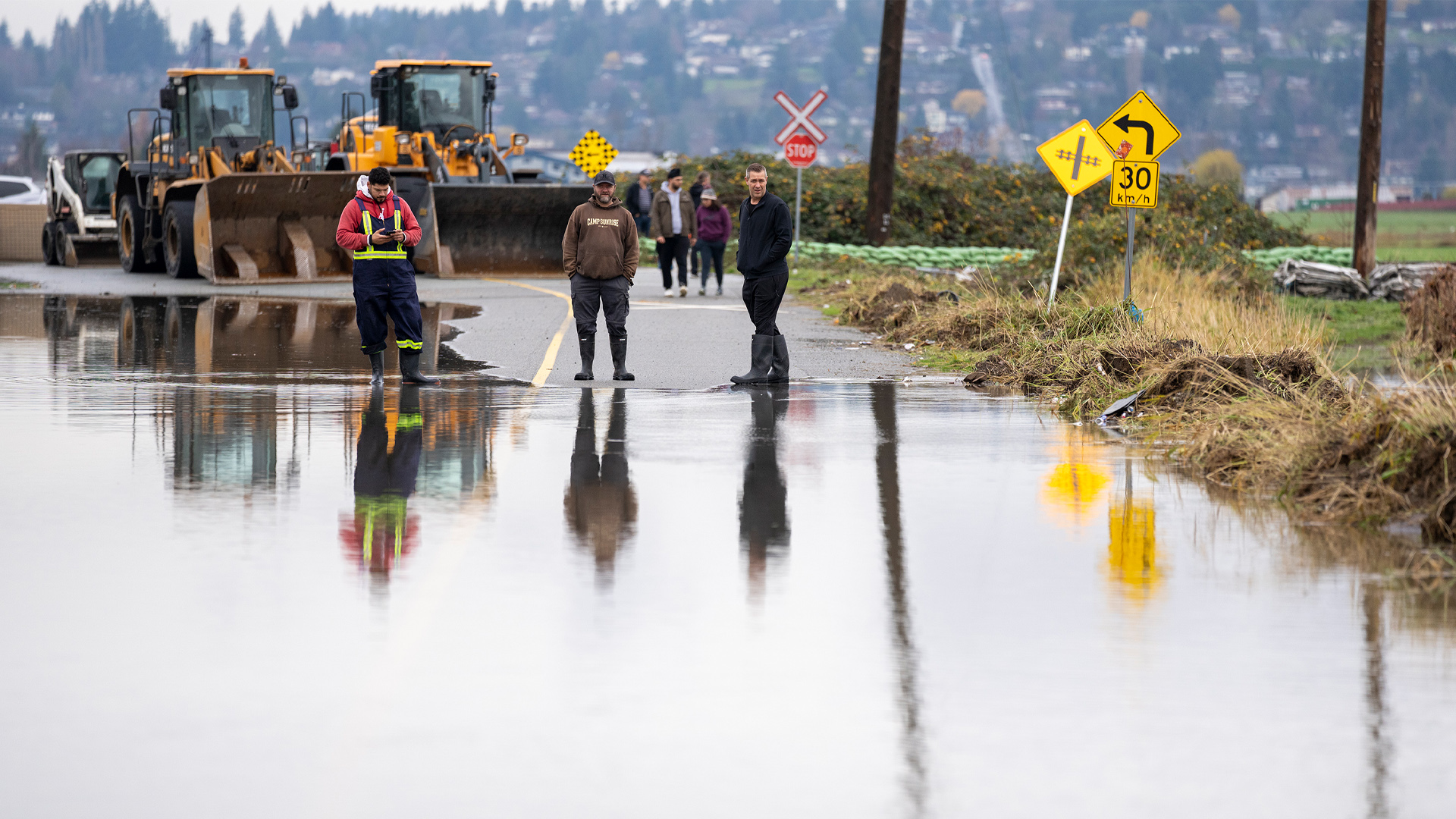 Canada’s approach to flood-risk management is unsustainable. This is obvious to British Columbia residents returning to their destroyed or damaged homes. They’ll now endure years of hardship fighting governments and insurers for compensation, while trying to overcome their trauma. More Canadians can expect to have the same experience. Flooding is Canada’s most frequent and costly climate risk because more than 800,000 homes – nearly eight per cent of all residential properties – are in areas at high risk of flooding.

Politicians comfort flood victims, pledging money to rebuild and promising that life will soon be back to normal. Although welcome in the immediate aftermath of catastrophic flooding, this rhetoric distracts Canadians from the fundamental responsibility of governments to prevent flooding before it happens. It’s too easy to pass the buck in Canada’s federal system, where responsibility for flood-risk management is informally and opaquely divided between national, provincial and municipal governments.

In recent years, governments have quietly shifted greater responsibility to property owners themselves in a bid to contain escalating financial-assistance costs after disasters. Citizens are expected to buy overland flood insurance, but coverage is still in its infancy in Canada, and the national uptake rate is about 50 per cent.

Devolving responsibility is part of an effort to achieve efficiency in flood-risk management. There’s a shift underway towards a “whole-of-society” approach to managing flood risk, which involves sharing responsibility with non-governmental stakeholders such as insurers, realtors, lenders, developers, builders and so on.

What’s missing, however, is the leadership and resources to enable these stakeholders to play their part. For instance, how can we expect local governments to prohibit development in floodplains when they are dependent on revenue from development charges and property taxes? How can property buyers make risk-informed decisions when sellers and their realtors aren’t required to disclose whether a house is in a flood-risk area?

To be fair, over the past few years, the Trudeau Liberal government has spearheaded several new policy initiatives to manage flood risk. Federal officials are working on new risk assessments, a national flood-insurance program for high-risk areas, and an action plan to assist homeowners with relocation out of flood zones. But there are many other practical policy tools to make communities more flood-resilient. Below we outline some ideas.

Openly communicating flood risk strengthens citizen awareness, instills a sense of personal responsibility for risk reduction and confers agency on individuals to protect themselves. Yet only six per cent of Canadians living in designated flood-risk areas are aware of the risk they face, according to our 2020 survey.

Flood maps are difficult to find, outdated and ill-suited for a public audience. In many other countries, such as the United Kingdom, citizens can perform a simple postal code search in a web portal to see the flood risk for their property and learn how to protect themselves. In addition to informing the public, mapping portals enhance transparency, and arm municipalities and advocates with information that can counter the influence of developers who lobby hard for access to lucrative land along waterways.

The Liberal government pledged to develop such a portal in its September election platform, so the idea is politically feasible, but the 2021 budget failed to specify how it will be funded. The budget did commit $63.8 million over three years to “work with provinces and territories to complete flood maps for higher-risk areas.” This is a good start, but the funding appears to be limited to updating existing maps or isolating a few new areas, rather than producing the national model needed for a public portal that captures all types of flood risk.

Flood risk can be reduced by preventing development in flood zones, flood-proofing existing structures, relocating people through property buyouts and building structural controls to contain flood waters. All of these approaches are costly, however, and local governments can’t afford them independently. There are a few funding sources available to municipalities for flood-risk reduction, but these programs require local matching funds, and involve complex application and reporting requirements.

For instance, a 2016 audit report found that federal programs targeting disaster mitigation were underused, did not encourage multi-year mitigation projects and were poorly designed to prioritize mitigation investments. The Disaster Mitigation and Adaptation Fund, which supports public infrastructure projects that prevent or reduce the impacts of climate-related disasters, caps the federal contribution to municipal projects at 40 per cent. By contrast, the United States Hazard Mitigation Grant Program covers 75 per cent of eligible projects and often more.

Funding for local flood-risk reduction should be more accessible and risk-based, meaning priority should be given to areas with the highest exposure and vulnerability to flood impacts. The federal and provincial governments should identify high-risk areas and shoulder a much higher proportion of the costs to encourage local governments to apply.

Effective flood-risk management requires a transparent allocation of responsibilities that supports coherent efforts to avoid, prevent and reduce flood risk. Flood-risk management in Canada is plagued by an unclear division of responsibilities, fragmented authority, an absence of clear legal and policy mandates, weak regulations, and poor monitoring and evaluation. As the catastrophic flooding in British Columbia has demonstrated, incoherent governance and ambiguous accountability have left communities and critical infrastructure exposed and vulnerable.

To enable a true “whole-of-society” approach to flooding, we first need a clearer picture of the actors and organizations who have a role in this space and the relationships between them. From there, we need a frank dialogue about what should be reasonably expected of governments, private sector organizations and citizens. There is little evidence, for example, that property owners will defend their homes at the levels needed in high-risk areas. Yet we continue to pursue this behavioral change rather than using public funds to improve community-level defences.

The federal government should lead by example by addressing its own redundancy and fragmentation. From the perspective of a local emergency management official, it makes little sense to pursue separate strategies for disaster risk-reduction and climate-change adaptation. Despite their obvious parallels, these two priorities are often siloed and work at cross-purposes. For instance, some stakeholders will use federal funds to conduct a climate-risk assessment on the viability of structural defences (for example building levees) that ignore non-climate risks, such as earthquakes that can destabilize these defences. A quick governance scan reveals that responsibility for flood-risk management is scattered across at least five ministries, including Environment and Climate Change, Indigenous and Northern Affairs, Infrastructure, Natural Resources, and Public Safety.

Canada has the data, expertise and capacity to be a world leader in flood-risk management. After historic flooding on both the West and East coasts, bold leadership is required to make Canadians more aware of flood risk, support local risk-reduction and clean up the messy governance arrangements that allow these disasters to occur. Daniel Henstra
Daniel Henstra is associate professor of political science at the University of Waterloo. His research focuses on the governance of climate-risk management.
View all by this author
X