Conflict is a hallmark of the relationship between the provinces and the federal government in Canada. That much we know. But considerably less discussion is taking place about the numerous conflicts between provinces and municipalities, which have been “creatures of the provinces” since the British North America Act/Constitution Act, 1867.

In Quebec, and in particular Ontario, intergovernmental conflict around large transportation projects has emerged. These projects – a tramway in Quebec City and an expansive new highway in the Greater Toronto region – reveal how small-c conservative provincial governments strategically calculate and accept conflict with municipalities, often with few political repercussions.

That is because municipalities have no recourse against unilateral and undemocratic actions taken by provinces. The Supreme Court of Canada decision to uphold Ontario Premier Doug Ford’s swift and consultation-free shrinking of Toronto city council to 25 from 47 councillors in 2018 is one piece of evidence.

In both Ontario and Quebec, conservative governments are acting with substantially more muscle because of increasingly rigid provincial partisan affiliations. Though provincial heavy-handedness in municipal affairs is nothing new – it is effectively baked into our political system – the interventions we highlight demonstrate political calculation rather than public policy.

To start with the “big picture,” it is clear that the division of powers at the heart of Canada’s federal system has animated considerable tension between governments as of late. From the carbon pricing debacle (hated by premiers but supported by the Supreme Court to health transfers (the core messaging to come from July’s Council of the Federation), these squabbles highlight the complexities of resource management and fiscal federalism in Canada.

They also point to the importance of partisan affiliations in intergovernmental negotiations. It is no surprise that B.C. Premier John Horgan and Prime Minister Justin Trudeau keep finding ways to get along. But Alberta Premier Jason Kenney a former federal Conservative cabinet minister, and Trudeau can’t seem to do the same.

Canadian municipalities are generally confined legislatively to their roles as “creatures” of the provinces because as their powers – and very existence – are endowed by provincial legislative acts in Ontario and also in Quebec. In other words, provinces have the constitutional authority to do what they want with municipalities with effectively no oversight.

At one point, provinces were happier to download responsibilities (though not more money) to their creatures. For example, sweeping federal and provincial austerity policies in the 1980s and 1990s shifted social program provision to municipalities with little additional funding. That includes broad programs such as social housing and immigration settlement. In a context where cities do more, it is essential that we seek a clearer understanding of how these jurisdictions get along.

Despite the absence of formal integration, the leanings and policy orientation of city councils (with parties or not) shape the way that provincial governments engage with them. Andrew Sancton and Robert Young discuss this extensively in their assessment of Canadian municipalities and their intergovernmental relationships. Municipal elites have affiliations with provincial elites, and regularly go back and forth on issues.

Beyond elites, new research demonstrates that even non-partisan candidates in municipal elections tend to win in districts with similar policies to their federal counterparts.

Since their electoral victories in 2018, Ontario’s Progressive Conservatives (PC) and Quebec’s Coalition Avenir Québec (CAQ) have more stridently intervened in municipal policies despite opposition from councils and residents.

By analyzing a common area of intervention – transportation planning – we can see that Ontario and Quebec have been enabled by a decreased dependency on core municipalities to win elections. Provinces, emboldened by partisan calculations, have taken more aggressive action in municipal fields that may boost their electoral chances in other regions.

Ontario’s micromanagement of municipal issues is not a new trend, but has intensified under Ford. Examples abound from Premier Michael Harris’s 1995 Toronto-area amalgamations to Ford’s shrinking of Toronto city council in 2018.

Enter Highway 413. Killed by the Ontario Liberals in 2018 just months before their electoral defeat amid widespread citizen opposition, the project was resuscitated by the PCs shortly afterwards. If built, 413 will connect three of Greater Toronto’s regions, which include Halton, Peel and York, and reach from Vaughan to Milton. On the line: 2,000 acres of farmland, 85 waterways, 220 wetlands and the habitat of 10 species at-risk. It has garnered attention from organizations such as the David Suzuki Foundation and Environmental Defence.

Despite significant opposition to the highway project from the City of Vaughan and the Region of Halton, Ontario’s Conservatives have strategically calculated that the leaders of these regions can be ignored. The PCs can still win elections with voters outside urban areas.

Though the PCs won almost all the ridings on Highway 413’s path, the opposition to the project from multiple municipalities demonstrates a strategic and partisan calculation. City councils, elected by the same voters who chose the PCs once more in 2022, are generally more progressive than provinces.

In this case, the PCs gambled that it could overcome clear opposition to the highway – including in ridings it sought to win – and indeed retained those ridings.

This also demonstrates that for the PCs, suburban Toronto ridings are predictable because of their partisan leanings. Despite municipal opposition, voters supported en masse another mandate for Ford. It also reinforces that the province views municipalities as subordinate, even administrative units, which are easy to ignore in favour of broad projects to which the municipalities are opposed.

In Quebec, on March 22, 2022, the Coalition Avenir Québec (CAQ) announced it would not fund Quebec City’s $3.3 billion tramway if the city partially pedestrianized the arterial René-Lévesque Boulevard. Though Quebec generally guards its provincial powers (including municipal affairs) with an iron grip, transportation planning is broadly municipal. It’s developed through second-tier agencies such as the Quebec Metropolitan Community (QMC). In stark contrast to Ontario, interfering in issues such as transportation is a departure from established precedent in Quebec.

How does this connect to partisanship and intergovernmental relations? First, the CAQ is keen to build a major highway and bridge project in the Quebec City region, called the Troisième lien (third link), which will connect the car-oriented southern suburbs to Quebec City. The project has been widely criticized due to its car-dependent vision, but it remains popular in the suburbs around Quebec City.

As well, there is currently a provincial election called for Quebec, with voters going to the polls in October. The CAQ holds eight of the 11 seats in Quebec City region, all in the suburbs. Both the third link and the tramway intervention are aimed at pleasing suburban, commuting voters, who are considered vulnerable to defecting to the Parti Conservateur du Québec (PCQ).

Finally, in March the pro-car PCQ made significant polling progress in the greater Quebec City region. New polls released right before the CAQ’s announcement even showed increased PCQ support in Quebec City’s suburbs. After this polling was released, the government announced its intent to block the pedestrianization of René Lévesque Boulevard.

This highly unusual intervention, generally left to the QMC, points to the ways in which partisanship influenced the CAQ’s decision to intervene and project itself as pro-car.

Provincial-municipal conflict is not new in Canada. But the provincial partisan lines along which it is occurring suggests that provinces are acting strategically with their constitutional carte blanche to consolidate future electoral victories and going directly against city councils’ visions. Though we often discuss the polarized relationships between the federal government and the provinces, the cases of Ontario and Quebec suggest that we ought to begin to think about how to solve the divides that exist between cities and their provincial counterparts, too.

The authors thank Alison Smith and Anna Esselment for their comments and suggestions. 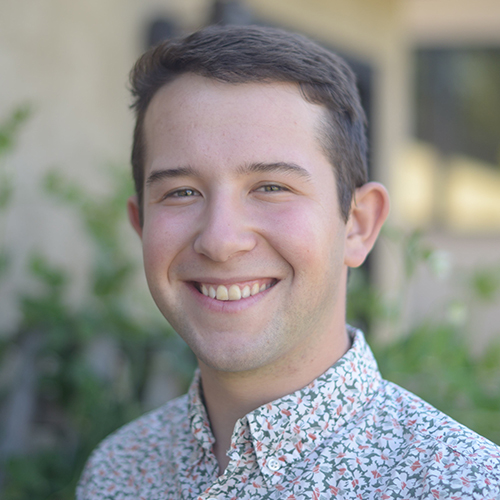 Joshua Medicoff
Josh Medicoff is a graduate student at McGill University studying urban governance and climate change. He has worked for the City of Montreal, the Pembina Institute, and is affiliated with Urban Politics and Governance (UPGo).
View all by this author

Daniel Béland
Daniel Béland is Director of the McGill Institute for the Study of Canada and Professor of Political Science at McGill University.
View all by this author
X