A stop sign along Roxham Road in southern Quebec, where most irregular migrants into Canada enter. THE CANADIAN PRESS/Ryan Remiorz 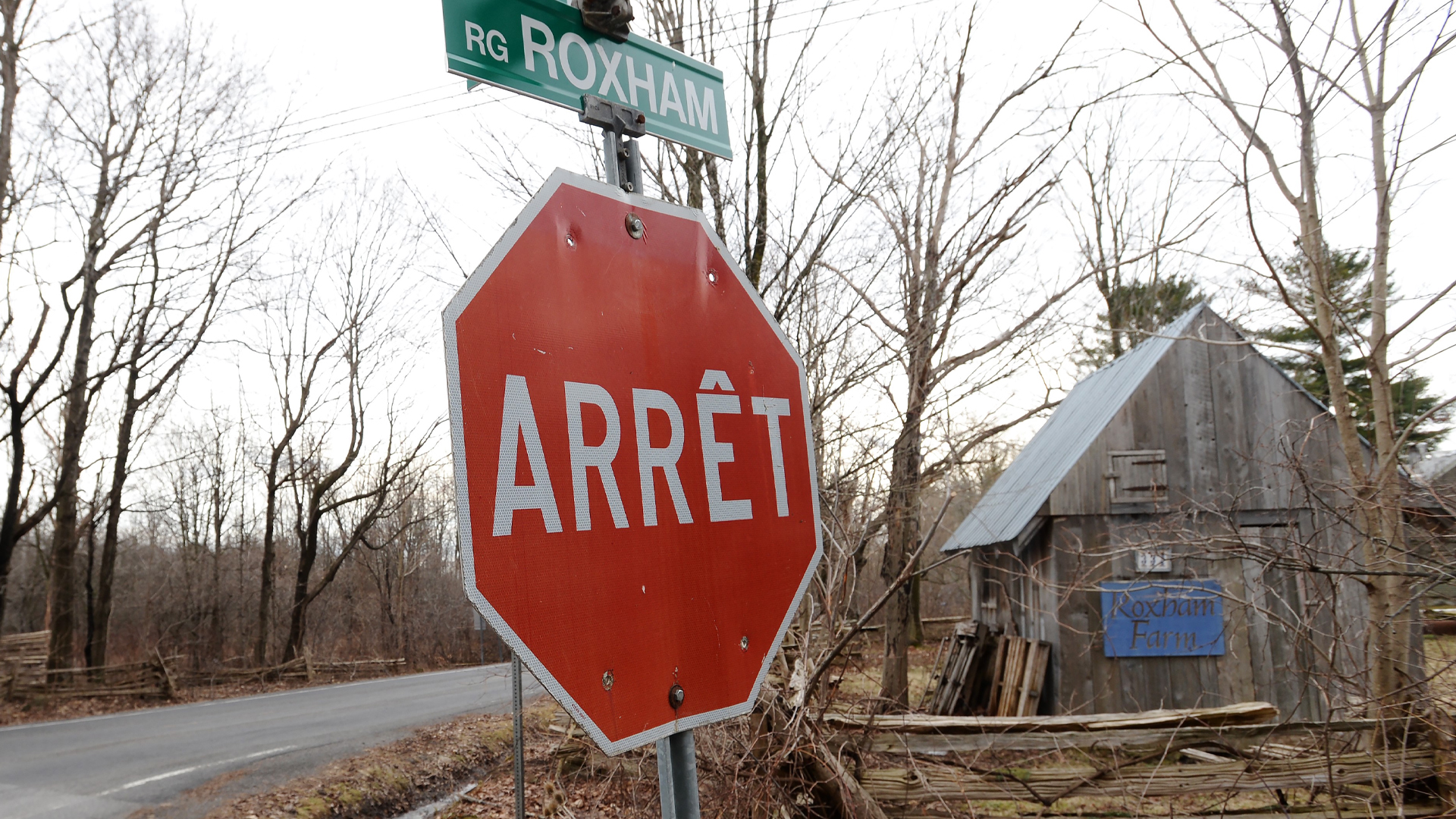 In Canada, immigration policy remains a hot topic. It plays a vital role in the economy and has long been associated with the building of the country and its identity. There is broad societal support for immigration, but new policy debates are emerging. There are three major challenges facing the country: the growing reliance on temporary foreign workers; new forms of irregular migration; and new debates among governments about the division of responsibilities for immigration and settlement. These concerns were identified at a recent conference organized by the McGill Institute for the Study of Canada.

Canada is now at a crossroads. Responding to these new realities may transform Canada’s immigration regime.

There is a growing reliance on temporary foreign workers that is well-documented in Canada and in other rich democracies. This is a challenge to Canada’s traditional immigration model, which offered immediate permanent residence and therefore long-term settlement prospects to most economic immigrants.

Some temporary workers, such as those in the Seasonal Agricultural Worker Program (SAWP), have no prospect of settlement. Others are eligible to gain permanent resident status after a period of employment in Canada, such as those in the Canadian Experience Class for highly skilled professionals or the Provincial Nominee Program (PNP).

Participants in these programs face an uncertain timeline for permanent settlement; may be at the mercy of private employers; and are without initial access to critical settlement services. Because the visa renewal process can be difficult to navigate, this change has led to a growing number of individuals overstaying their visas and losing their status. As “undocumented” migrants, they then become increasingly vulnerable.

For a long time, the number of irregular entries into Canada from the United States was relatively low. However, after the election of former U.S. president Donald Trump, Canada witnessed significant growth in irregular border crossings. A hot spot continues to be Roxham Road in the Quebec municipality of Saint-Bernard-de-Lacolle. These arrivals are a sign of what is to come.

The world is facing a historical displacement crisis that shows no sign of abatement. New migration drivers – notably climate change – will further increase the number of people in need of protection in the near future. While Canada has historically been protected from migration pressures because of its geography, this will likely not be enough in the future. As irregular land border crossings continue to rise and new groups of asylum seekers appear, Canada could face an unfamiliar challenge.

The relatively strong and stable popular and political support for Canada’s mass immigration program over the past several years has been contingent on the premise that this immigration is controlled. Any perceived loss of control could raise public anxiety and create greater openings for right-wing, anti-immigrant political mobilization.

The third issue is the delegation of powers over immigrant selection and settlement policy, which is important for many countries with federal systems of government. One concern here is the division of powers between the federal and provincial governments. Since the 1991 Canada-Quebec immigration agreement, provinces have gained more control over economic immigration.

Yet, this decentralization of immigration remains incomplete, because Quebec has more autonomy in this area than the other provinces. This opens up an arena for interprovincial and federal-provincial conflict. Already, the renegotiation of the Canada-Ontario immigration agreement and demands by the premier of Quebec for more immigration powers have created tensions with Ottawa. Intergovernmental irritants are sure to become more salient as the numbers of regular and irregular arrivals increase.

Another concern is the delegation of authority within provinces to municipalities, where economic and demographic factors create unique immigration and settlement needs. As municipalities of all sizes demand new funding arrangements to account for their growing responsibilities, immigration is increasingly part of their agenda for change.

All of this means Canada is now at a crossroads.

More than 23 per cent of the country’s population is or has been an immigrant. By 2032, immigration is forecast to account for 100 per cent of Canada’s population growth. Immigration policy remains a country-building exercise. Changes in the quality of the legal status offered to newcomers and efforts to control their geographic distribution within Canada will have a strong effect on the settlement experiences of hundreds of thousands of people each year.

Will these policy changes put them on a path to success in the medium or long term, as our older migration management model did? Will public and political support for our mass immigration program remain if the undocumented population grows? Climate change and policy changes, such as the increasing selectivity of entry criteria and complicated bureaucratic procedures of visa renewals, may well increase the presence of undocumented individuals and challenge the belief that immigration is firmly under government control. All of these are key questions that both researchers and policymakers will have to tackle. Jennifer Elrick
Jennifer Elrick is an associate professor in the department of sociology at McGill University and Canadian studies director at the McGill Institute for the Study of Canada. Twitter @JenElrick
View all by this author Mireille Paquet
Mireille Paquet is an associate professor in the department of political science and holder of the Research Chair on the Politics of Immigration at Concordia University. Twitter @Mireille_Paquet
View all by this author
X