The world needs a standard on ethical use of data that will allow businesses to utilize and prosper from big data while protecting users’ privacy. by Anna Foat, Keith Jansa December 18, 2018
Share

Until recently, the upside of data seemed unlimited and unimaginable, like magic. In the last few years, the risks are coming more clearly into focus, starting with very public and large-scale data breaches and compounded by increasing evidence of election tampering and other misuses of this new and increasingly valuable resource.

It has always been the case that public data are collectively valuable. What has changed is the ability for a much wider range of actors to easily, and even passively, collect data, and to build on this foundation to create more and better-targeted data: data that serve private interests disconnected from a public good. The challenge now is to support innovators who are looking beyond private gain and seeking to generate value that won’t come at the expense of our society’s laws, institutions and ethics.

The world needs to develop a coordinated and consistent global standard on the ethical use of data to bring clarity to how we want to allow businesses to utilize and prosper from big data, while protecting the privacy of users. As things stand, the lack of such a standard has contributed to the increasingly complex legalese that users encounter. Teresa Scassa, senior fellow at the Centre for International Governance Innovation, wrote that “clicking ‘I agree’ without reading privacy policies is an act of surrender, not of consent.” People can’t be blamed for surrendering when there are no practical alternatives to the digital services they want to access.

History is a powerful teacher. There are parallels to the gold rush that are instructive in thinking about this current challenge. The scene: California in 1848. California was no longer in Mexican hands but it had not yet become a US state. When the word got out about gold, people flooded into California in search of riches. There were no laws to regulate access, extraction or commercial interests.

The economic benefits of the gold rush were undeniable. The influx of immigration and gold reinvigorated the American economy, but the government couldn’t control the hordes arriving in search of gold. Almost all of it was on public land formally owned by the US government. Because of the lack of enforcement on the ground, the gold was “free for the taking.”

The gold miners’ challenge was to dig through thousands of square yards of dirt to uncover “pay dirt.” Once found, it needed to be carted off and sifted through to find the gold within. For some data miners, the opportunity is similar: rake in the mountains of data being given freely, without laws or rules, and combine data sets until insights emerge that can be monetized.

Consider the sheer volume of data and the promiscuity with which some businesses are monetizing this resource. It used to be that small amounts of data were captured and stored (think sales figures, payrolls and scientific results). They were high value, easy to capture and increasingly accessible as technology advanced. Now newer and cheaper technology, like low-cost sensors, and vast and growing server farms create even richer deposits of data. Smart phones and billions of autonomous sensors are measuring data in the background by the terabyte.

Globalization and the difficulties of pinpointing ownership of a virtual resource make ethical governance of data and artificial intelligence more complicated than controlling the trade in gold.

There’s an important insight from history that is critical to the conversation about data resources today: despite our nostalgia for the old tales of miners hitting the jackpot, the real winners in the gold rush were the merchants who recognized a greater opportunity. Merchants made much more money than miners by providing them the supplies they needed.

In today’s context, the merchants to watch aren’t selling tools to the data miners; they are the identity thieves, blackmailers and con artists living off the data gold that the miners have dug out. They use credit bureau data, leaked user data and social media to generate revenue from the data assets available in cyberspace.

However, alongside these self-interested miners and merchants, who have been operating unfettered, there are innovators with a social conscience. These innovators see much more complicated but useful and ethical ways to refine data for good purposes, such as identifying and filling gaps in basic human needs more effectively. They are interested in raising the bar by creating rules that will govern the use of data and maintain a level playing field, requiring the same standards of transparency and ethics from all users.

During the gold rush, rules were eventually created to govern a single state and a physical resource. Today, globalization and the difficulties of pinpointing ownership of a virtual resource make ethical governance of data and artificial intelligence much more complicated than controlling the trade in gold. Data often reside in multiple places with different rules or no rules at all. But with huge stores of extremely personal files so easily accessed, the stakes for all digital citizens are higher. Just as important as the questions about access are the ones about economics: Who benefits, and to what end?

Canada has the talent, the ambition and the innovators to drive the new international dialogue. But the government and industry need to work together with stakeholders to define Canadian parameters: what should happen with data created, who has access to data, where should data be stored and who should take ownership when privacy breaches occur? Creating a standard that clearly defines the rules will benefit users here at home and will allow Canada to be a leader in ethical AI on the international stage.

The economic engine of the 1800s was mining. In the 1900s it was drilling. In the 2000s, data are the currency — but just as with mining and drilling, the methods of refinement can be as important or more so than the resource itself. The privacy message is finally reaching a public audience rather than just policy-makers, technologists and lawyers. Society is approaching a tipping point, moving from indifference on privacy and surveillance to a discussion among a wide range of stakeholders to create a vision of an ethical future. The CIO Strategy Council has convened a multi-disciplinary group of experts to start this work.

Aggregation of data without controls can wreak huge individual and collective harm. Miners and merchants have socialized all the risks associated with mass surveillance and privatized all the gains. Without a global standard on the ethical use of big data, all digital citizens will individually bear the collective costs with none of the benefits. Canada should seize this opportunity to ensure that the gains aren’t tightly concentrated, that innovators are able to flourish and that miners and merchants operate within understood rules. 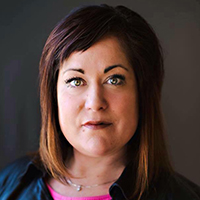 Anna Foat
Anna Foat teaches design thinking at the University of Western Ontario and is digitally transforming Sun Life to meet the needs of clients in more intuitive, proactive and seamless ways.
View all by this author Keith Jansa
Keith Jansa is the acting executive director at the CIO Strategy Council. The council provides Canada’s most forward-thinking chief information officers a forum to transform the Canadian information and technology ecosystem.
View all by this author
X