Despite these announcements, as we show in our study for the IRPP, the other Canadian provinces are far from matching the level of investment in child care that has been in place in Quebec since the late 1990s.

The low level of public funding for child care in Canada is a policy puzzle: despite popular demand and an international consensus around the benefits of child care spending in encouraging female labour market participation, public child care funding across Canada remains extremely low in comparative perspective.

To explain this, researchers have tended to focus on the federal government’s inability to implement a national child care program. From a Quebec perspective, this focus on the federal government is surprising, since there is a broad consensus that early childhood education and child care are within provincial jurisdiction. As shown in figure 1, Quebec’s level of child-care spending is close to the OECD average.

Shouldn’t we instead ask why the other provinces have not developed ambitious public child care programs?

In the 2013-14 budget year, Quebec’s spending on child care was almost five times higher than the average of the other Canadian governments (see figure 2), and Quebec spent more than all other provinces combined. Even after implementation of the recently announced $1 billion in BC, public spending in that province will be 2.5 times lower than in Quebec.

Our aim in the IRPP study was to explain what makes Quebec so unique in this field. We identify the conditions that led to the adoption and maintenance of Quebec’s public and “universal” child care program, introduced in 1997 by Lucien Bouchard’s Parti Québécois (PQ) government. We argue that the main conditions are (1) a left-of-centre party ready to act as a “protagonist” in initiating a major child-care reform; (2) the absence of a right-wing party ready to act as an “antagonist” and roll back progressive reform; and, (3) a shared understanding across political parties and civil society associations that child care is an exclusive provincial responsibility.

The presence of a centre-left party in government is a necessary condition for significant public investment in child care. All the significant provincial child care initiatives have been sponsored by centre-left New Democratic Party (NDP) or PQ governments. Ontario’s Liberal government under Kathleen Wynne clearly aims to attract centre-left voters with its pre-election promise. In contrast, centre-right parties generally prefer direct cash transfers to families instead and have tended to cut public spending on child care services once elected.

The polarization of the party system on the left/right scale also matters. In this regard, the Quebec party system is unique, because the dominant political cleavage has traditionally been the federalist/sovereigntist divide. On other issues, PQ governments have been leftist enough to implement major social policy initiatives, and the Quebec Liberal Party (QLP) is rather centrist, especially in contrast to conservative parties (or the BC Liberals) in other provinces. Most important, the QLP did not roll back the PQ’s 1997 child care program when it came to power in 2003.

Party systems in other provinces have either lacked a credible centre-left party (as in Atlantic Canada) or have a strongly competitive right-wing party, which can cut back on child care initiatives once elected. For example, BC’s NDP government under Ujjal Dosanjh proposed a $7-a-day-per-child public child care program in 2001, but the plan was scuttled after the NDP lost the election to the right-leaning Liberal Party later that year. Similarly, it is unclear what will happen to the Premier Wynne’s promised investments if the Progressive Conservative Party (PCP) of Ontario, under Doug Ford, wins the June election.

The political orientations of its interest groups is the final condition that explains why Quebec is such an outlier in the area of child care. Put simply, in Quebec, feminist and left-wing interest groups focus much of their policy representation efforts on the provincial government; they expect their “national” government to deliver major social policy initiatives. In the other provinces, feminist and left-leaning groups tend to focus their efforts on the federal government. This is in part because they believe Ottawa has more fiscal room and because, importantly, they believe that such measures should be “national” in scope and thus led by the federal government.

Our study also sheds light on the influence of one jurisdiction’s policy ─ or the policy’s diffusion ─ across a federal system.

First, such diffusion is less likely to occur when policy-makers’ objectives differ. Greater women’s labour market participation was one of the main objectives of the PQ government when it implemented its child care program. However, this seems to be less important in the debates about child care in many provinces today. Instead, policy-makers tend to focus on the positive impact of child care on children’s cognitive capacities.

Unequal access to child care in Quebec has been identified as a negative aspect of the program: middle class parents tend to use the program more than do low-income families. This argument has limited the influence of Quebec’s policy on the rest of the Canada. However, the argument does not take into account three factors connected to the political dynamics of social policies and of the reality of child care use around the world.

First, the lack of available data on child care across Canada makes it difficult to ascertain if low-income parents have better access to the relatively small number of publicly funded child care spots in other provinces.

Second, international research shows that access to publicly funded child care is unequal in most of the other OECD countries, simply because middle- and upper-income parents have higher labour market participation rates than low-income parents and are thus more likely to use child care.

Third, the view that there has been unequal access to child care in Quebec neglects the political dynamics associated with universal programs. When the middle class is included in a social program, this broadens popular support and makes the program more resistant to cutbacks. Indeed, no political party in Quebec would seriously consider a retrenchment of the popular child care program, precisely because it benefits the large and influential middle class.

In our view, it is especially important for progressive parties in jurisdictions where there are polarized political systems to include the middle class in their child-care reforms, even if it leads to a less egalitarian distribution of the benefits than would an expansion targeted solely at low-income households. If bold child care reforms are in place ─ and they benefit a large segment of the population ─ long enough before the elections in Alberta, BC and Ontario, the Quebec exceptionalism in child care might be short-lived. If not, if a conservative party wins the next election, the child care measures such as those announced recently in those provinces might not survive (or they will be greatly weakened). 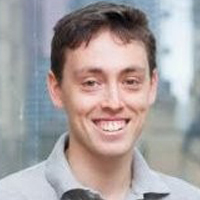 Gabriel Arsenault
Gabriel Arsenault is an assistant professor of political science at the École des hautes études publiques at the Université de Moncton. His research focuses on Canada’s social economy and policy.
View all by this author Antonia Maioni
Antonia Maioni is dean of the Faculty of Arts and professor in the Department of Political Science and the Institute of Social and Health Policy at McGill University.
View all by this author
X