The coastal marine environment constitutes a biological, geochemical and physical milieu without which life would not exist. Phytoplankton and other microbes, the base of food webs, transfer mass and energy to organisms higher up in the food chain, many of which play key roles in marine ecosystems, provide important sources of protein for humans and contribute to socio-economic health.

Canada’s oceans embrace the world’s longest coastline, encompassing areas of the seas within the country’s jurisdiction that are more than twice the size of India. The oceans have long provided habitat for species of traditional and cultural significance to Indigenous peoples. Sustainably exploited and farmed seafoods have the potential to provide long-term, secure access to food. To fully realize this potential, the challenge lies in recovering and maintaining the health of ocean ecosystems. Canada has a checkered history in this area.

In 2012, an expert panel established by the Royal Society of Canada reported its findings on the impacts of fisheries, aquaculture and climate change on Canada’s ability to sustain marine biodiversity. Sustaining Canadian Marine Biodiversity concluded that Canada faced significant challenges in achieving fisheries sustainability, regulating environmentally responsible aquaculture and adapting to climate change. In its policy and statute implementation, Canada’s progress had not been substantive relative to that achieved by others, such as the US and the European Union.

The expert panel was not alone in its conclusions. Since 2012, the Commissioner of the Environment and Sustainable Development has been critical of Canada’s efforts to implement existing policies, regulations and statutes that explicitly or implicitly concern marine biodiversity. The Commissioner’s reports include audits pertaining to marine protected areas, sustainability of fish stocks and aquaculture (a topic also recently addressed by Canada’s Chief Science Advisor).

The challenges Canada faces today are as daunting as they were in 2012, perhaps more so. Less than a third of Canada’s major fish stocks (29.4 percent) are considered healthy. There are deficiencies in how risks associated with salmon farming are managed and mitigated. Indigenous traditional knowledge and co-governance capabilities have yet to be fully realized in ocean-related decision-making. Recently, the Intergovernmental Panel on Climate Change (IPCC) highlighted the “urgency of prioritizing timely, ambitious and coordinated action to address unprecedented and enduring changes in the ocean.”

In their 2019 electoral platform, the federal Liberals committed themselves to better protection of fish stocks and marine habitat; bringing in a federal Aquaculture Act; transitioning from open net-pen salmon farms to closed-containment systems in British Columbia by 2025; protecting 25 percent of Canada’s oceans by 2025; grounding ocean conservation efforts in science, Indigenous knowledge and local perspectives; and pledging $255 million to establish a Canada Water Agency and other measures to protect oceans, fish and coastal communities. Funds were also budgeted for natural climate solutions, although no specifics were provided on their application to aquatic ecosystems.

Now that the Liberals have formed a minority government, the question is whether these campaign commitments are likely to be met and, if they are, whether they will be sufficient to achieve the Liberals’ stated goal: to “protect the health of Canada’s oceans.” To this end, the Royal Society tasked a policy briefing committee (made up of the co-authors and contributors of this article) with tracking developments in public policy since its 2012 expert panel report on marine biodiversity and with identifying the policy challenges and leading options for implementation that lie ahead.

In its November 2019 report, Sustaining Canadian Marine Biodiversity: Policy and Statutory Progress (2012-2019), the committee concludes that Canada has made moderate to good progress in some areas. Of overarching significance was the federal government’s 2015 prioritization of ocean stewardship and strengthening of the evidentiary use of science in decision-making. Examples of specific accomplishments are best reflected in changes to key pieces of legislation.

The amended Fisheries Act strengthens implementation of the federal fisheries department’s sustainable fisheries policy framework: for the first time since the original act was passed in 1868, it includes a requirement to rebuild depleted fish stocks (albeit to a minimally sufficient target and without timelines). The revised act also requires consideration of Indigenous traditional knowledge in decisions about protection of fish habitat. When making a decision under the act, the minister is now required to consider any adverse effects it could have on the rights of Indigenous peoples.

Amendments to the Oceans Act facilitated creation of marine protected areas that allowed Canada to exceed its international obligation to protect 10 percent of coastal and marine areas by 2020 (Canada now protects 13.82 percent).

Some progress has been made in strengthening ministerial accountability. This was achieved by the public release of mandate letters, which outlined the Prime Minister’s expectations and key priorities for 2015-19. Before 2015, ministerial mandate letters were not made public. These efforts to renew legislation (including consultations on a new Aquaculture Act) and increase ministerial accountability align with recommendations by the 2012 expert panel.

However, notwithstanding some progressive actions, little or no progress has been made to address emerging and longstanding weaknesses in Canada’s efforts to sustain healthy oceans. The Royal Society’s policy briefing committee identified options for addressing five of these deficiencies.

Ensure climate change impacts and projections are incorporated into decision-making and planning processes related to oceans. Climate change has ramifications for overall ocean productivity, species distributions, disease outbreaks, acidification, sea level rise and other ecosystem changes, with consequences for the wild fisheries and aquaculture that our oceans support. Protection of key marine ecosystems and the rebuilding of depleted populations can help mitigate climate change impacts. Failure to incorporate climate change in ocean-related policies will reduce Canada’s ability to address unprecedented and enduring changes in the ocean with the urgency and ambition highlighted by the IPCC and the 2012 expert panel.

Resolve regulatory conflicts of interest within Fisheries and Oceans Canada. The department has responsibilities both to conserve and to exploit biodiversity. The 2012 expert panel concluded that this regulatory conflict compromises the integrity of regulatory science and decision-making as well as public perception of that integrity. Each stakeholder (the public, industry, nongovernmental organizations, coastal communities) is placed in the position of having to ask, with respect to each regulatory decision, whether its own interests have been unduly compromised by the interests of others.

Limit ministerial discretion in fisheries management decisions. The 2012 expert panel found that Canada’s progress in meeting its obligations to sustain marine biodiversity had been impeded by the absolute discretion afforded to the minister of fisheries and oceans. Other countries, such as the US, have curtailed ministerial discretion on matters related to fisheries sustainability, limiting the ability of government to make decisions — such as increasing catch quotas for severely depleted fish stocks — that conflict with policy objectives.

Clarify ambiguities in application of the precautionary approach (PA). The PA provides an internationally agreed-upon template for achieving sustainable fisheries in the foreseeable future. Its key operational elements include the setting of rebuilding targets. The PA can be misused by any stakeholder intent on pursuing their objectives to the exclusion of others. Measures are needed to minimize the probability of misuse and misinterpretation of the PA in Canada’s sustainable fisheries policy framework. These measures should include providing unambiguous definitions of the roles of science, fisheries management and stakeholders in sustainable fishery policies and ensuring that science advice is always publicly available, enabling society to compare fisheries management decisions, on matters such as catch quotas, with science advice.

Advance and implement marine spatial planning. Conflicts on all coasts are growing because large infrastructure projects, fisheries, aquaculture, shipping and marine protected areas are using the same spaces. In addition, climate change threatens ecosystems and, by extension, coastal communities. Indigenous co-governance and co-management measures are evolving, strengthening the spatial protection of waters adjacent to Indigenous communities. Meaningful, respectful and coordinated efforts to advance and implement marine spatial planning have potential to mitigate conflict as pressures on the use of oceans multiply.

Strengthening marine biodiversity conservation strengthens the capacity of Canada’s oceans to provide ecosystem services that contribute to the resilience of marine life and the well-being of humankind. The previous Liberal government arguably achieved greater policy and statutory progress in sustaining Canadian marine biodiversity than did any other government. There is no reason why this progress cannot continue, and every reason why it should. Julia K. Baum
Julia K. Baum is professor of biology at the University of Victoria.
View all by this author 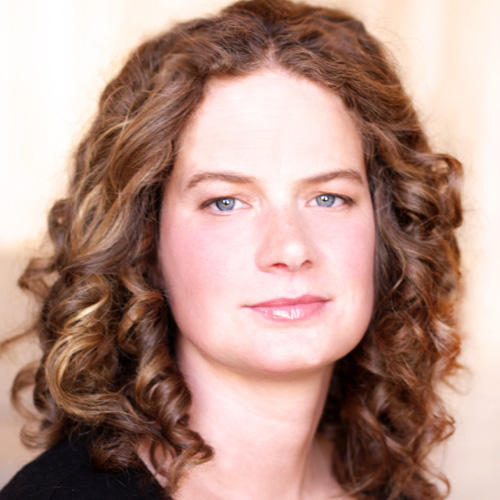 Susanna D. Fuller
Susanna Fuller, PhD, has worked in ocean science policy for two decades, with a focus on Canada and international waters. She has worked for non-government organizations and is currently a VP at Oceans North, based in Halifax.
View all by this author
X