A study of how Budget 2021 met GBA+ criteria suggests data is missing, and the way initiatives are coded could improve. But it’s a work in progress. by Adrienne Lipsey, Samantha Coronel May 21, 2021
Share

One of the biggest narratives in the latest federal budget was the big push for gender equity.  Throughout the document, the government refers to the “she-cession” and the differential impact of COVID-19 on women’s economic participation and well-being. This differential impact is itself spread unevenly, with newcomer and racialized women, and especially Black and Indigenous women, experiencing the effects of COVID-19 differently, in terms of both their economic position and their personal security and health.

All in all, the message is clear – the Liberal government believes this is a time to attend to the needs of women or lose decades of economic and social progress.

The centrepiece of the government’s response to this challenge is its multi-billion-dollar child-care investment. But how is it acting beyond this marquee policy? What do we know about how the federal government understands the gender implications of its policies? What tools inform government decision-making on gender equity, and how well are they working?

We analyzed the budget’s reporting on how many initiatives are expected to benefit mostly women, mostly men, or have a broadly balanced impact. The government coded 84 per cent of its initiatives as being either gender-balanced or benefitting men more than women. But broken down by spending, 48 per cent of the overall government spending announced in this budget is being spent on gender-balanced initiatives, with 18 per cent going to initiatives that mostly benefit men and 34 per cent going to those that mostly benefit women. That 34 per cent, of course, includes the big-ticket $30 billion for child care.

Taking a step back, what does the government look at when it’s determining the gender-based implications of a policy? Since 1995, the government of Canada has incorporated gender-based analysis in policy and program development. This has evolved to today’s “gender-based analysis plus” ranking (GBA+), with the “plus” encapsulating issues like income distribution, inter-generational impact and race. For GBA+ to be most valuable, it should be conducted early in the policy-development process to account for differential impacts and to address challenges in design and implementation.

There are a lot of ways in which GBA+ forms a part of the rhythm and cadence of government decision-making. Privy Council Office, Treasury Board, and Women and Gender Equality Canada have worked together to get the civil service trained on GBA+ and to incorporate it into memoranda to cabinet and Treasury Board submissions. Departments report on GBA+ plans and deputy ministers are held accountable for implementing the plans. The Canadian Gender Budget Act requires the minister of finance to report on the gender and diversity impacts of all new budget measures.

For those of us watching government, the budget, specifically the Budget 2021 Impacts Report, is our view into what GBA+ tells government decision-makers about the differential gender impacts of policies. Different factors such as gender or race can influence how policies and programs affect a person.  Sometimes this is by design. For example, the maternity benefits part of parental leave will disproportionately benefit women.

Sometimes, however, the different effect is not the point of the policy, but an unwanted and unforeseen side effect. One famous example is plowing streets. In some cities, men are significantly more likely to drive, whereas women are more likely to walk, and therefore more likely to be injured slipping in the snow. In this case, choosing to plow streets before sidewalks benefits men somewhat more than women.

The GBA+ report  in the budget tells us whether policies are expected to benefit women more than men (or both evenly) and when GBA+ was incorporated into the policy decision-making process, among other things. GBA+, along with the Quality of Life Framework analysis, has become a hallmark of today ‘s budget, taking up about 175 pages worth of analysis in the appendix.

So, what does this year’s budget tell us?

Does this mean the latest budget is one that somehow favours men? In overall spending, no. Thirty-four per cent of new spending announced in the budget is expected to benefit women more than men (including that big child-care announcement), and 48 per cent is going to initiatives that are considered balanced.

But looking at how each initiative is coded tells us some interesting things about how government views its policies, and what information is used to understand its outcomes.

A partial explanation for these numbers seems to be who is considered a “beneficiary.” Let’s zoom in on the Pan-Canadian Genomics Strategy as an example. At first blush, we might think the beneficiaries of this strategy would be anyone who might benefit from therapies or other advancements that come from genomic research. Then, we could think about how different diseases that are ripe for gene therapy impact different genders. But – possibly because that is an unknown number of people at an unknown time – the GBA+ analysis in the budget focuses on who’s going to be employed and funded in the short term by this government investment. The analysis says that most researchers and research team leads in genomics are men. This strategy funds research, so this budget initiative is counted as mostly benefitting men. For the purpose of this GBA+ analysis, this investment is basically a jobs program.

This may be completely reasonable, and may be the best way to make this kind of GBA+ coding workable. But it also means that government isn’t using this GBA+ exercise to keep an eye on the big-picture, long-term impacts of its policies on gender equity.

There isn’t enough data for a comprehensive GBA+, but that could change

In other cases, it’s possible that analysts are assuming gender balance simply because there isn’t good data. Take the budget initiative “taking action to address predatory lending,” for example. The GBA+ was based on information from the Financial Consumer Agency of Canada about who uses pay-day loans. That information doesn’t seem to be broken down by gender, or at least it isn’t mentioned in this budget GBA+ analysis, and so this initiative is coded as “broadly gender balanced.”

While this is certainly better than guessing who will be affected, one gets the sense that it doesn’t tell the whole picture of whether low-income women are more likely to be the ones who are using predatory lending. Better data would lead to better GBA+. Some of the main sources of data cited in this GBA+ analysis were Statistics Canada and internal-to-government administrative data.

The government has recognized this data knowledge gap and is aiming to correct it. One of the proposed initiatives in Budget 2021 is to give $172 million to Statistics Canada to improve the data-collection process by collecting statistics on gender, racialized and diverse populations. In the future, we should expect to see more robust GBA+ with the help of this data.

GBA+ only informed policy development once ideas were already being finalized

Compared with Budget 2019, the number of initiatives that considered GBA+ in earlier stages in Budget 2021 increased by 14 per cent. While there’s room for improvement, it’s a good sign to see that efforts are being made to incorporate GBA+ earlier in the policy development process.

Where do we go from here?

GBA+ is a key window into how government makes decisions about gender equity. It’s clearly a work in progress, currently focused on the proximate effect of policies, rather than big picture changes, and drawing from limited data sources. But this is only the second year that Canada’s budget has included an item-by-item GBA+ assessment. This is a big step forward for transparency in how government decides on, and measures, the gender impact of its policies. Looking from the outside in, it’s clear that GBA+ can propel gender equity in Canada but only if there’s data to ground it, and a bigger-picture goal operating in the background. Adrienne Lipsey
Adrienne Lipsey is the co-founder of Springboard Policy, a public policy research and advisory firm, and former chief of staff to the Ontario minister of status of women.
View all by this author 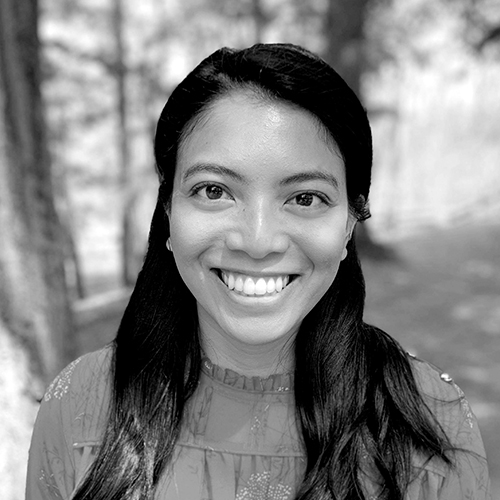