Many Canadians were shocked last fall by news coverage of non-Indigenous crowds threatening Mi’kmaq fish harvesters and burning boats and plant buildings in Nova Scotia. With fisheries now opening up for 2021, will there be more such conflict? The risks are high, and the situation demands new approaches by industry, government and First Nation leaders.

Almost all of the 35 First Nations in the Maritimes and Quebec whose treaty-based fishing rights were recognized by the Supreme Court’s 1999 Marshall decision now engage in regular commercial fishing with communally owned licenses issued by Fisheries and Oceans Canada (DFO). They also do small-scale harvesting for food, social and ceremonial (FSC) purposes, an inherent Indigenous right recognized in the court’s 1990 Sparrow decision. The crisis in 2020 began when a few Mi’kmaq communities began to issue their own licenses to community members to conduct small-scale commercial fishing for lobster to earn “moderate livelihoods,” a treaty right recognized in the Marshall ruling. Non-Indigenous harvesters reacted, sometimes violently, against the idea of a new fishery operating outside DFO-regulated licensing, seasons and fishing zones. (The just-released report of the Standing Committee on Fisheries and Oceans comprehensively explores the issues surrounding the moderate livelihood fishery.)

Tensions between First Nation and non-Indigenous fish harvesters have been amplified by misinformation and hostile exchanges on social media, but there are other factors in play. DFO has lacked a clear mandate and capacities to rigorously enforce policies and regulations in all fisheries including the FSC harvest, and this has contributed to tensions between communities. As well, the recent purchase of Clearwater Seafoods, the largest shellfish producer in Canada, by seven Mi’kmaq First Nations and a multinational company has stoked concerns among non-Indigenous harvesters about corporate takeovers in inshore fisheries. And the current lack of formal and informal dialogue tables to bring together Indigenous and non-Indigenous fisheries groups has fostered mistrust and poor understanding of each other’s interests and aspirations. Allister Surette, who was appointed federal special representative in October, outlines the situation in his recent report to the DFO minister.

In response to the issues in 2020, the DFO minister recently announced a “new path” policy for 2021 for First Nations moderate livelihood fishing in the Maritimes and Gaspé region. Any such fishing will have to be done with DFO licenses and comply with DFO’s rules for seasons, gear specifications, catch reporting and fishing zones. DFO will help First Nations access more licenses and plan moderate livelihood fishing activities consistent with DFO regulations. The new policy also promises stronger crackdowns on harassment of Mi’kmaq harvesters and more rigourous enforcement of fisheries regulations by DFO officers.

Chiefs in the Maritimes, with support from national First Nation leaders, oppose this new federal posture, which they see as an infringement on their self-government and fisheries rights without the formal consultations and clear justification required by the Supreme Court’s Marshall and Badger rulings. Some Mi’kmaq chiefs say their harvesters will soon start moderate livelihood fishing with their own licenses and seasons in defiance of DFO rules. If they do, and DFO sticks to its commitments, the harvesters will be charged, and their boats and gear seized. Already, DFO has begun seizing lobster traps – more than three dozen in one instance in April – and the Potlotek First Nation in Cape Breton is seeking an injunction to try to stop DFO from further seizures.

The nature of First Nation rights to develop and self-regulate moderate livelihood fisheries will be resolved eventually, through nation-to-nation negotiations and court decisions, and this will take time, perhaps years. In the immediate situation, there are no solutions to be found in further polarization and conflict. The wiser course is to start building on the substantial common interests of all parties. All coastal communities share an interest in protecting fish stocks and mitigating climate change. The fishery has grown dramatically over the past decade due to surging global demand for seafood, and First Nations and non-Indigenous harvesters have much to gain by working together to advance social and economic development in coastal regions. First Nations’ economic success benefits surrounding communities, and this can be a powerful force in changing prejudicial attitudes as exemplified by Membertou First Nation in Cape Breton, which is detailed in a case study by Mary Beth Doucette and one of us, Fred Wien, in Engraved On Our Nations: Indigenous Economic Tenacity, being published by University of Manitoba Press.

As well, many owner-operators and crew workers in the inshore fishery in the Maritimes are reaching retirement age, so expansion of First Nation fisheries can help meet labour supply and intergenerational succession challenges.

But where to begin? The current crisis is rooted in three underlying realities that must be addressed.

Firstly, with successive Supreme Court decisions and Canada’s new commitment to reconciliation, it is a simple fact that First Nation fisheries will continue to expand. Ways must be found to move forward now through fair treatment and respectful engagement with both First Nation and non-Indigenous harvesters.

Secondly, the continuing development of Indigenous fisheries must take shape within an integrated conservation management and science regime committed to long-term ecosystem health and sustainability. While commercially dominant lobster and crab stocks are stable, herring and mackerel populations are at record low levels and the scientific body that informs the Species at Risk Act has designated several species of groundfish as well as tuna and eels as threatened or endangered. Meeting these challenges will require collaborative planning and rigourous monitoring and enforcement of harvesting limits for all fisheries.

And thirdly, some non-Indigenous harvesters have engaged in violent and racist behaviour, and some Indigenous harvesters in a few Maritimes First Nations have allegedly been harvesting and selling significant quantities of lobster illegally under the guise of the FSC fishery. Leaders in First Nation and non-Indigenous fishing communities need to be more proactive in minimizing activities that undermine constructive dialogue and problem-solving.

The inescapable starting point for de-escalating current tensions is to acknowledge the reality of racism – the systemic racism that denied First Nations access to resources in territorial waters for generations, the toxic attitudes much in evidence on social media, and the violence seen last year on the wharves of southwest Nova Scotia. At this critical moment it is imperative that industry, government and community leaders around the coast actively address these realities with meaningful steps to change attitudes and behaviour.

DFO faces a particular challenge in implementing its new-path policy. If DFO officers charge Mi’kmaq harvesters for not following rules that were loosely enforced in the past, their leaders will justifiably ask why this new zero-tolerance approach applies only for them. Everyone along the shore knows that abuses of trap limits, zones, catch records, owner-operator regulations or other rules occur in non-Indigenous fishing fleets. DFO should make every effort to ensure that the treatment of Mi’kmaq harvesters is even-handed and not, in fact or appearance, a continuation of colonial governance and systemic racism.

There is challenging work to do. While negotiations and legal actions proceed on the bigger questions, there is immediate need for new dialogue tables to help manage fisheries at the local and regional levels, and new collaborations among First Nation and non-Indigenous harvester groups on training and mentoring, conservation planning and research and data collection. Government should provide funding to First Nation and non-Indigenous harvester organizations, as well as civic organizations, to support anti-racism programs, public education and cross-community engagement activities. The media has a role, too, in advancing mutual understanding by providing historical context and fairly conveying the experiences and perspectives of responsible leaders on different sides of the issues.

Perhaps the most important role for leaders in both First Nation and non-Indigenous communities is to communicate new messages about a more positive future beyond the current challenges. Five years from now, and five generations from now, Mi’kmaq and non-Indigenous fish harvesters will still live in adjacent communities and sail from the same harbours to fish the same stocks. If we work together in peace and friendship to steward resources and supply sustainably harvested seafood to local and global markets, our communities will grow richer – economically, socially and culturally – from the bounty of the sea. This is the future that everyone needs to work toward. Fred Wien
Fred Wien holds a professor emeritus appointment at Dalhousie University. He served as a senior staff person with the Royal Commission on Aboriginal Peoples.
View all by this author Susanna D. Fuller
Susanna Fuller, PhD, has worked in ocean science policy for two decades, with a focus on Canada and international waters. She has worked for non-government organizations and is currently a VP at Oceans North, based in Halifax.
View all by this author 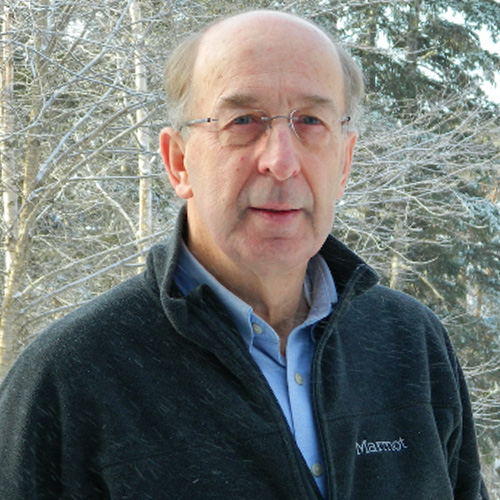 Rick Williams
Rick Williams is a researcher and consultant in fisheries policy and rural development and a former deputy minister in the Nova Scotia government.
View all by this author
X