It is time to end solitary confinement

Solitary confinement in Canada is an anomaly in an otherwise relatively humane system. The only way to protect vulnerable prisoners is to abolish it now. by Lynn McDonald July 25, 2018
Share

It is widely agreed that Canada’s use of solitary confinement is excessive, in both federal (inmates with sentences of two years or more) and provincial prisons (under two years). I choose to use the term “solitary confinement,” although prison authorities prefer the more innocuous “administrative segregation.” Solitary confinement entails lack of meaningful human contact and sensory deprivation. It costs lives (40 percent of prison suicides take place in solitary), results in increased self-harm and suicide attempts, and causes or exacerbates mental illness. First Nations inmates and mentally ill prisoners are disproportionately selected. Moreover, solitary confinement does not make correctional institutions safer for staff or inmates, and the cost per inmate is higher for solitary than for the general population.

The federal government has had to answer for its use of solitary in two lawsuits that were launched in 2015; the Ontario case was decided in December 2017 and the British Columbia case in January 2018. The judges in both largely rejected the evidence brought by Correctional Service Canada (CSC). Yet the two decisions are under appeal.

The government has responded to rising criticism by reducing its use of solitary to roughly half of what it was three years earlier. It brought Bill C-56, An Act to Amend the Corrections and Conditional Release Act and the Abolition of Early Parole Act, to the House of Commons. It would introduce some safeguards, but with loopholes, the worst being the power given to wardens to overrule limits. The Bill itself is on hold (it was never debated) while the appeals are proceeding.

The Ontario government under Premier Kathleen Wynne responded more vigorously to criticism of its poor record by hiring former federal corrections investigator Howard Sapers to review its practices and recommend changes. It then acted promptly on his recommendations, which were both numerous and comprehensive and which featured limits and reviews on the use of solitary. Bill 6, the Correctional Services Transformation Act, 2018, passed just before the legislature was dissolved for the June 7, 2018, provincial election. What will happen now is not clear, as Progressive Conservative MPPs voted against the bill, while the NDP supported it.

The Act is based on the belief that the system can be fixed by implementing tighter rules, more reviews and better oversight by health care professionals to identify suicidal inmates and those deteriorating badly and get them out of solitary in time. But there is no evidence that such confidence in health care professionals is merited. In the tragic example of Ashley Smith, the teenager who strangled herself in her cell in 2007, it was a psychologist who decided that her repeated suicidal gestures were attention-getting stunts and ordered correctional officers not to enter her cell to stop her.

The Ontario Human Rights Commission in 2017 called for no less than an end to the practice of segregation, arguing for interim measures of “strict time limits and external oversight to reduce the harm of segregation on vulnerable prisoners.” The Campaign for the Abolition of Solitary Confinement calls for the abolition of solitary as a disciplinary measure and for the abolition of all versions of “administrative” segregation. The campaign has no confidence in partial measures to protect vulnerable prisoners.

How much solitary is too much?

The United Nations’ Mandela Rules, named after Nelson Mandela, who knew solitary from sad personal experience, stipulate a maximum of 15 days at a stretch. This was never Mandela’s recommendation; he is on record only as saying that he found solitary “the most forbidding aspect of prison life.” The 15-day rule seems to have been a compromise, proposed by the UN’s special rapporteur on torture, Juan Méndez (another solitary survivor), as the way to end prolonged and indefinite solitary terms. His statement that over 15 days’ solitary constitutes “torture” has been adopted by most countries. It is the cornerstone of both Canadian federal and provincial policy. Méndez’s report, however, makes it clear that the harm can start at two days, and there never has been any evidence that 15 days is in any way a valid marker.

The Canadian court cases have been about prolonged or indefinite solitary confinement, the worst possible scenario for inmates. Some First Nations inmates have been effectively lost in the system for hundreds of days. Indigenous inmates form 26.4 percent of federal inmates, although they are under 5 percent of the population. The Indigenous Women’s Association reports that in 2015-16 Indigenous women made up “42% of the maximum security women’s population in Canada, and 50% of segregation placements.”

Black Canadians are also overrepresented both in prison and in solitary. The same applies to mentally ill inmates, yet undertakings to end the use of solitary for them are routinely subverted. The definitions of “seriously mentally ill” are narrow. The preferred option of sending the mentally ill to health care agencies is rarely used.

In June 2018, Prisoners’ Legal Services of Vancouver launched a new challenge to Correctional Service Canada, in a human rights case arguing against the use of solitary for mentally ill inmates. Given the narrow definition of “seriously mentally ill” used by CSC, many inmates are in fact locked up, in solitary or observation cells, put in restraints and pepper sprayed. Observation cells, noted a First Nations inmate, are worse than ordinary segregation: stripped down to an anti-suicide smock and mattress, with constant observation and no therapy.

Can the system be fixed?

Numerous civil society organizations think the system can be fixed. The lawsuits undertaken by the Canadian Civil Liberties Association, the BC Civil Liberties Association and the John Howard Society focused on prolonged solitary; they have not argued that solitary is wrong in itself. A recently formed Coalition on Reforming Segregation in Ontario’s Correctional Institutions again assumes that limits and reviews will work, and that solitary is not in itself wrong.

But safeguards already exist, in both federal and provincial legislation; clearly they are not sufficient. Solitary is supposed to be used only as a last resort, when there is “no reasonable alternative,” and inmates are supposed to be let out “at the earliest appropriate time.” No doubt, the 15-day limits will reduce the amount of suicides, attempted suicides, self-mutilation and mental deterioration, but we must expect that these harms will continue. The 15-day limit is based on pure supposition.

Despite overwhelming evidence, few organizations geared to civil liberties or prison reform have so far opted for abolition. Canada has abolished the use of capital punishment, corporal punishment and a bread-and-water diet as deterrents to crime. Officially, all our prison systems are intended to be rehabilitative. Most prisoners will eventually be released into society. Solitary confinement is an anomaly in an otherwise relatively humane system.

The Campaign for the Abolition of Solitary Confinement was formed in May 2017, to advance the goal of abolition. It holds that lesser measures will not suffice, although limits and reviews will reduce harm and are better than the status quo. The campaign presented a brief in March 2018 to the Ontario legislative committee reviewing Bill 6, calling for full abolition while supporting the improvements in the Bill. The brief also unsuccessfully proposed an amendment to widen the ban on solitary that applies to pregnant women and nursing mothers to include inmates under 25 years old, on the grounds that their brains are still developing and that solitary could do lasting harm.

Before this campaign was launched, only one Canadian organization, the College of Family Physicians of Canada, had called for full abolition (the Elizabeth Fry Societies have called for abolition for women inmates). The time has come to end this barbaric practice forever and for all. 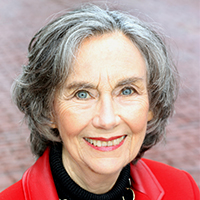 Lynn McDonald
Lynn McDonald is professor emerita of sociology and a former member of Parliament (New Democratic Party). Her private member’s bill, the Non-smokers’ Health Act, 1988, was the first legislation in the world to establish smoke-free work and public places.
View all by this author
X

It is time to end solitary confinement