The flag of the Supreme Court of Canada flies in front of the court in November 2022. THE CANADIAN PRESS/Sean Kilpatrick It is now common to proclaim that law is politics – that the Supreme Court of Canada and other courts here and around the world are conduits for the political or even the partisan preferences of the judges and those who appoint them. This view is not without some merit. The Supreme Court of the United States often divides along partisan lines on important issues such as abortion. The years-long campaign to overturn Roe v. Wade is seen as proof-positive of the “law is politics” mantra. Certainly, individual judicial decisions issued by Canadian judges can be vulnerable to the same line of attack.

Nonetheless, there is good reason to doubt that this American narrative exists today in Canada, where the relationship of our Supreme Court to judicial philosophy (how courts think about the law) and partisanship (the stuff of elections) is far less obvious.

At some level, there is a connection between the judges on the Supreme Court and partisan politics. Prime ministers appoint federal judges, and nothing stops a prime minister from choosing a judge who reflects the prime minister’s partisan views. Sometimes, these views can appear to cash out in distinct cases.

Take R. v. Ndhlovu, which dealt with the Criminal Code provisions requiring lifetime mandatory registration on the national sex offender registry. A majority of five – all but one appointed by Liberal prime ministers – found that law infringed the Canadian Charter of Rights and Freedoms and could not be saved under the “reasonable limits” clause. A partial dissent was written by Justice Russell Brown, who was appointed by former prime minister Stephen Harper, and it was joined by three other judges who were also appointed by Harper. One could reasonably wonder what role partisanship plays in a case such as this.

The Functionary: A newsletter on the public service featuring Kathryn May

But the connection that one could draw from Ndhlovu is undermined by cases where judges have belied both simplistic assumptions about judicial philosophy and pernicious accusations of partisanship. Consider R. v. Bissonnette. This case concerned the gruesome 2017 massacre at the Islamic Cultural Centre of Quebec City. Alexandre Bissonnette killed six people. He was convicted of six counts of first-degree murder under a law that authorized consecutive parole ineligibility periods in cases involving multiple murders, meaning he would have to serve a 25-year ineligibility period for each of the six deaths – 150 years – before being able to apply for parole. In other words, Bissonnette would never be eligible for parole. In a unanimous decision, the Supreme Court held that this provision violated the Charter’s prohibition against cruel and unusual punishment.

Bissonnette is an oddity for those who seek to reduce law to politics, especially because all leading candidates for the Conservative Party of Canada leadership last year promised to essentially override it by invoking Section 33 of the Charter, the “notwithstanding clause.”

If judges were merely ciphers for a political ideology, we would expect divergence in a case such as Bissonnette that involves a horrific act of violence, and questions of punishment and imprisonment – traditional topics of controversy. Yet, we see judges who otherwise have meaningful differences on matters of legal philosophy finding agreement on the meaning of the Charter and its application in these extreme circumstances. We saw similar surprising agreement in the recent landmark extreme intoxication case.

What explains this? Perhaps judicial philosophy is different from partisan politics, at least in a substantial number of cases. It is possible, for example, to say that Justice Brown, appointed by a Conservative, may adopt positions in criminal law cases that buck what we might expect from a “partisan” Conservative. For example, in R. v. Tessier, Justice Brown and Justice Sheilah Martin (appointed by Prime Minister Justin Trudeau) joined forces in a dissent, endorsing a “presumption of inadmissibility whenever police are investigating a crime and elicit a statement from a person about the crime without providing a warning.”

The majority opinion took this statement only as far as rendering presumptively inadmissible statements made by official suspects. This view is rooted in a concern that because the status of a person subject to investigation may change quickly, it is more predictable to apply a clear rule: all people should be warned before making statements to the police during an investigation. This is not the only time Justices Brown and Martin have been united in criminal law cases in a pro-accused position, with judges in the purported “centre” of the Court siding with the Crown. This was also seen in R. v. Stairs, R. v. Lafrance and, recently, R. v. Beaver.

These cases show how there is a difference between a legal and a partisan dispute. The judges in the majority in Tessier were less concerned with clear rules; the dissent frames the debate around the desire for such rules. This debate transcends that case and criminal law. We saw this recently not only in the criminal law context but in an insolvency dispute, Peace River Hydro Partners v. Petrowest Corp, where many of the same judges (including Justices Brown and Martin) found themselves in a minority arguing for a determinative rule.

Yet these judges were all appointed by politicians of different stripes. Throughout judges’ complicated judicial philosophies, themes are apparent, such as disinclination to subject individuals to the carceral state and a preference for structuring the legal system based on “rules” as opposed to “standards.” These may have non-coincidental overlap with partisan political goals. But while that overlap may be present, it is more complicated than traditional partisan considerations and frequently transcends such considerations.

Excessive focus on partisan implications is not just misleadingly simplistic. It also poses the danger of contributing to the phenomenon about which it purports to be concerned. We have no doubt that certain judges in the United States have been chosen not because they have a genuine legal philosophy that could be described as progressive or conservative, but because they can be counted on to deploy their legal skills in a reliably partisan way. Being misleadingly simplistic about the line between partisan considerations and judicial philosophies in Canada could result in politicians choosing judges for reasons such as those seen south of the border, creating a problem where none exists.

Making sense of the law certainly involves normative questions, some of which may implicate political concerns. This we do not doubt. But we should avoid equating law and politics in the way that those pointing to the U.S. worry about. Because despite dangers, there is little evidence in Canada that such an equivalency exists to date. 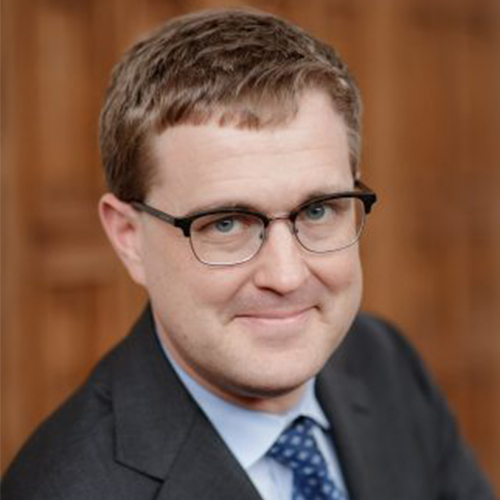 Gerard J. Kennedy
Gerard J. Kennedy is an assistant professor at the University of Manitoba. He researches and teaches access to civil justice, civil procedure reform, administrative law and constitutional law.
View all by this author Mark Mancini
Mark Mancini is a PhD student at the University of British Columbia Peter A. Allard School of Law. He researches administrative law and practice, and is published on issues related to judicial decision-making and the rule of law.
View all by this author
X