It’s been a long time coming, but the federal government is expected to unveil national accessibility laws this spring. Similar legislation in other jurisdictions, such as the Americans with Disabilities Act, was passed back in 1990. The most visible results of the laws in the United States were changes to the physical infrastructure such as blue parking spaces, entrances with ramps and elevators in public buildings. Back then, the narrative around the Act was that those physical changes were being made to accommodate persons with disabilities. Thirty years later, demographics have changed dramatically, and disabled people have become minority users of infrastructure that was once built at their request.

It begs the question: Does the narrative around accessibility and who benefits from it still add up?

Not so long ago, accessible public infrastructure was a domain reserved for those who struggled with significant impairments. In 2002, I became a wheelchair user after a skiing accident. At the time, public institutions were beginning to adopt policies on accessibility. The new accessible features had a tinge of exclusivity. Ramps on the sides of the buildings were desolate, the elusive elevators dusty. On countless occasions, I pondered whether I was the only one to ever use these installations. But these days, persons with wheelchairs are often sharing, if not competing for, parking spaces, ramps and elevators, and are completely outnumbered. Under the radar is a remarkable shift in the number of people with different needs who are now using accessible spaces.

The fastest-growing population segment and the largest cohort shifting toward accessible infrastructure is those over 60 years of age. Enjoying longer lifespans, today’s seniors are often limited by various health conditions and are essentially living with a disability. According to the Canadian Survey on Disability in 2012, one in four seniors over 65 reported having a disability. The proportion of disability claimants is close to 50 percent for those over 75. Since 2012, many more likely suffer from pain, diminished vision and issues with hearing or mobility. Consequently, there is a steady stream of seniors gravitating toward accessible infrastructure as a logical way of maintaining independence.

New parents and children are another source of influx to accessible infrastructure. Strollers — wheelchairs in all but name — are omnipresent in the urban setting. The extra space on the bus or the newly installed subway elevator enables families to bring children in strollers safely across the city without a vehicle. The fact is that accessible spaces are intergenerational, accommodating children, recent parents and those in later years of life.

Lastly, those who do not call the city home bring with them suitcases, whether for studies, business or holidays. Being weighed down with luggage, people unconsciously seek the easiest route, which often means queuing for elevators, taking ramps and pressing the button to open electric doors.

The bottom line is that accessible infrastructure is serving other segments of the population much more frequently than it is serving persons with disabilities.

Policy-makers are still only focusing on one set of users, which frames the issue the wrong way. They zoom in on persons with typical physical impairments, instead of using a broader lens that would reveal the actual beneficiaries. In my experience of talking to the general public, it is clear that discussions around physical access are still centred on wheelchair users. The problem is that the average citizen does not identify with accessible infrastructure, even when they consistently use it on a daily basis. For this reason, it is important that upcoming policies and laws highlight where accessibility intersects with the wider public interest. The old way of discussing accessibility perpetuates the idea that it is a social compromise, instead of a social good.

If Canada is going to have a truly forward-looking, 21st-century accessibility agenda, it must start bringing more Canadians into the conversation. From storefront ramps to large infrastructure projects, success in coordinating and implementing accessibility laws country-wide will require consensus and wide public support. I am glad to have seniors, strollers and suitcases benefiting from better accessibility, because disabled people just don’t have the numbers to fully create tomorrow’s accessible environment. 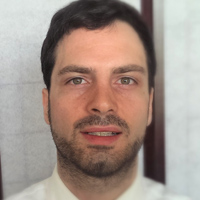 Luke Donovan
Luke Donovan is a speech writer, junior policy analyst and master’s student at Concordia University. His research focuses on accessibility governance and the policy implications of an aging population.
View all by this author
X