One day into the 2021 federal election campaign, the Conservative Party of Canada released its full election platform. The Conservatives promised to convert the Child Care Expense Deduction (CCED) into a refundable tax credit (RTC). They also publicly stated that they would cancel the existing signed child care agreements negotiated by the Liberal government that expand child care supply and limit fees. Reminiscent of the 2006 federal election, differing approaches to addressing affordable child care have once again become an important topic for parents across Canada.

What exactly is being proposed by the Conservatives and what does it mean for child care affordability? How will it measure up to universal child care?

We have a vested interest ourselves. Like most working women, we are all mothers of children who are using or have used various forms of child care, including unlicensed care, non-profit licensed care and for-profit licensed care. We have navigated the child care system and, having also lived in various provinces across Canada, are familiar with the various supports for child care affordability from both a personal and professional perspective.

The proposed RTC is intended to replace the existing CCED tax deduction, which operates by lowering the taxable income for the individual claiming eligible child care expenses. The CCED has long been the subject of reform proposals because it is generally regarded as unresponsive, regressive and reinforcing patriarchal gender roles.

A refundable tax credit operates very similarly to a negative income tax system where those eligible receive a cash transfer instead of a reduction in taxable income. The rate at which an RTC pays a benefit is not tied to an individual’s marginal tax rate, but is instead set in the program details. Because it is like a negative income tax, an RTC provides a greater benefit to individuals or families with lower income, including those with zero income. A number of RTCs already exist in Canada’s personal income tax system, the largest being the Canada Child Benefit (CCB).

There are two things to highlight in figure 1. First, for all families, child care expenses above $8,000 are not eligible for the tax credit. Second, while the family net income in figure 1 ends at $200,000 , there is no upper limit regarding income eligibility. All households who pay child care expenses will receive some amount from the proposed RTC.

By comparison, a similar family with net income of $60,000 annually receives the maximum RTC of $4,800, leaving $16,488 in child care fees or about 27 per cent of their income. Although the latter family’s income is two times more than the former’s, its child care expenses as a percentage of their family income is two times less.

There are three main points to take away from this analysis. First, the RTC is progressive in that households with higher incomes receive less of the credit. As a result, the policy change would improve affordability of child care more for lower than higher income families. However, this does not imply that the proposed RTC is superior to other design options. In fact,  Jennifer Robson and  Tammy Schirle have both provided other design options that they argue are superior to the Conservatives’ proposal.

Second, while the RTC improves on affordability, child care fees are still regressive, with lower income families continuing to pay a higher proportion of their income in child care expenses compared to higher income families. We have previously argued that that regressivity is difficult to address solely through the tax system. Instead, a universal model of child care, such as that being pursued by the Liberal government prior to this election, paired with progressive taxation is a better approach to addressing both regressivity and affordability.

Finally, what is clear from figure 2 is that the proposed RTC will make child care even more affordable in provinces that have already rolled out universal child care, assuming that expenses from provincially subsidized child care are eligible expenses, similar to the CCED. If the Conservatives instead intend to restrict the RTC, as Quebec does with its tax credit, to exclude child care expenses incurred when using a subsidized provider, then this should be made clear.

The provinces of Quebec and Manitoba both already heavily subsidize child care. In Montreal, parents now pay $8.50 a day in subsidized child care and the median cost is $179 a month. A Montreal family with one child and net income of $100,000 would receive $1,289 from the Conservatives’ RTC reducing their child care costs to $72 a month (about $3.60 a day).

The median child care fee for an infant in Winnipeg is $651 monthly. A Winnipeg family with net income of $100,000 would receive an RTC of $4,687 (less than the maximum) reducing their child care costs to $260 a month.

By contrast, the Toronto median child care cost is $1,774 a month. After applying the RTC, a family in Toronto would still pay $1,374 in net child care fees. 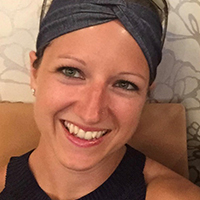 Lindsay Tedds
Lindsay Tedds is an associate professor of economics and scientific director of Fiscal and Economic Policy at the School of Public Policy at the University of Calgary. Her most recent book, a co-edited volume, is Funding the Canadian City (Canadian Tax Foundation, 2018). Twitter @LindsayTedds
View all by this author