Politics and video games have begun to intersect. Shutterstock.com, by sezer66 Online video games are an increasingly common tool for democratic political action, and a target for authoritarian repression. by Dakoda Trithara December 13, 2021
Share

In the last week of Canada’s 2021 federal election campaign, Jagmeet Singh, leader of Canada’s progressive New Democratic Party, made a “big” announcement. He tweeted, “We’re launching our very own island on Animal Crossing! If you visit- you can learn more about our campaign and how to get involved.”

This was an invitation to players of Nintendo’s Animal Crossing: New Horizons, a social simulation game for the Nintendo Switch, where players explore virtual islands and develop customized communities populated with anthropomorphic animals. Visitors to Singh’s island, aptly named “Canada,” encountered NDP-branded content including an orange-coloured poutine food truck, recreations of Indigenous art and campaign talking points posted to the town’s bulletin board.

Singh’s campaign is not the first to deploy this mobilization tactic. The 2020 Biden-Harris presidential campaign rolled out campaign yard signs that players could place around their islands to show their support for the Democratic ticket and set up a “Biden HQ” island with information about the campaign and how to vote in real life.

In an interview with Vice, Amneet Singh, the NDP’s deputy director of outreach (digital), explained why the party invested time and resources to create this virtual space: “Animal Crossing is a place where a lot of folks have congregated. We wanted to meet them where they were, so we set up an island to show them what we’re about, what Jagmeet’s about, and how they can get involved.”

This was not Jagmeet Singh’s first foray into the information ecosystem where politics and video games intersect. In November 2020, he teamed up with U.S. representative Alexandria Ocasio-Cortez on live-streaming platform Twitch to play the galactic social deduction game Among Us. The two worked together to identify and eject imposters into the vacuum of space. Their collaboration represents an effort by politicians to traverse an uncharted political frontier to reach young voters. Twitch advertises its user base as being overwhelmingly between the ages of 16 and 34.

To some observers, it may seem that Singh and Ocasio-Cortez are boldly going where no one has gone before. However, before politicians in North America started to incorporate video games and popular internet gaming platforms into their digital strategies to disseminate political messages and motivate voters, a different mission played out across the Pacific Ocean.

In April 2020, a few months before the launch of Biden HQ, Hong Kong protesters were forced inside due to COVID-19. Looking for an exciting way to engage others with their message, pro-democracy activists including Joshua Wong started turning Animal Crossing’s customizable virtual islands into a political medium. Wong tweeted about his island representing a virtual protest site calling it “a new kind of protest tool” useful for when physical demonstrations cannot be held. Players approaching Wong’s house are greeted with a sign that says, “Free Hong Kong – Revolution Now” and a pair of paintings depicting Chinese President Xi Jinping and Hong Kong Chief Executive Carrie Lam.

Shortly after, foreign editions of Animal Crossing disappeared from Chinese e-commerce sites Taobao and Pinduoduo. The National Press and Publication Administration (NPPA), China’s video game regulator, had yet to issue a licence for the game, meaning it was technically an illegal import. The NPPA has powers that include reviewing a game’s content to ensure it aligns with China’s cultural values and requiring foreign-based companies to partner with a Chinese firm such as Tencent to publish games in the Chinese market.

At the end of August 2021, Beijing implemented new restrictions targeting video games, ostensibly enacted to curb video game addiction in China’s youth. NPPA’s mandates build on previous action to limit time spent playing games to just three hours per week and require players to provide their real names to log in. However, the measures are more than efforts to address addictive behaviour. They are part of the government’s larger ideological concern about Western culture, a crackdown on Chinese technology companies and an endeavour to extend its surveillance capabilities to every corner of society.

The willingness of the Chinese government to exercise draconian control over these technological points also gives the state the ability to pressure companies outside of China. If foreign companies like Activision Blizzard or Nintendo want access to the lucrative Chinese market, they must comply with the government’s content reviews and identification demands. This puts companies in the position of having to decide whether to censor content that is deemed offensive by the Chinese Communist Party or risk losing market access because they are no longer in regulatory compliance.

Game companies have experienced this for years. In 2019, when Activision Blizzard took punitive action against a professional Hearthstone player who demonstrated his support for the Hong Kong protests during a post-match interview, the company found itself embroiled in a geopolitical controversy. Democratic activists on both sides of the Pacific organized a boycott against the company, which was seen as kowtowing to China and censoring political speech. Known as #BoycottBlizzard, the movement consisted of players uninstalling Activision Blizzard games, protesting outside the company’s annual convention and discussing the merits of the video game industry’s business model. The boycott received support from several bipartisan members of Congress including Ocasio-Cortez and Senators Ron Wyden and Marco Rubio.

Nintendo also recognized political activities taking place on its platform might bring unwanted scrutiny. After the 2020 U.S. presidential campaign, Nintendo released guidelines for businesses and other organizations using Animal Crossing as a promotional tool. One of the guidelines reads: “Please also refrain from bringing politics into the Game.” However, it is not clear when the company will enforce the guidelines, considering Singh’s Canadian federal election campaign ran its Animal Crossing operation months after the guidelines were released. Perhaps Nintendo never saw the content. Perhaps the company only takes action against political activity it deems detrimental to its bottom line.

Wong is currently in jail for violating China’s national security law passed in 2020 that criminalizes secession, subversion and collusion with foreign forces. While he was sentenced for organizing a physical protest outside of Hong Kong’s police headquarters and participating in a vigil marking the anniversary of the 1989 Tiananmen Square crackdown, it is easy to imagine Chinese authorities surveilling video game spaces for political dissidents and arresting the real individuals behind the avatars. It is also easy to imagine future political campaigns in democracies across the globe targeting people in the virtual realms where they congregate. Welcome to the era of geopolitical gaming, where the flames of rebellion and political ads can all be found on Nintendo Switch. 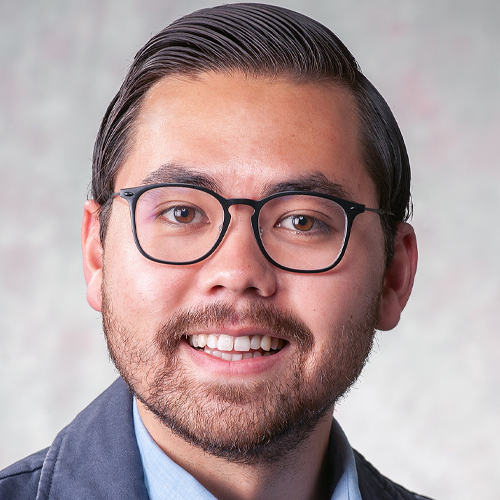 Dakoda Trithara
Dakoda Trithara is a PhD candidate in the department of political science at the University of Calgary. His research explores how global actors contest and shape digital politics. Follow him on Twitter at: @dtrithara
View all by this author
X