Canada faces a daunting challenge to achieve its greenhouse gas (GHG) emissions reduction target of net-zero by 2050 and the recently increased target of 40 to 45 per cent below 2005 levels by 2030. While significant steps to reduce emissions have been taken in recent years – including a nationwide price on carbon – emissions have risen for the last three years, and modelling suggests that current policies are not sufficient to get us all the way to our strengthened 2030 target. More climate policy effort is required.

A price on carbon is widely recognized as the most economically efficient policy to reduce emissions, but it also faces barriers stemming from its high cost relative to other types of climate policy. Canada and other jurisdictions are pursuing a portfolio approach that combines carbon pricing with other policy instruments, including direct government spending, subsidies, technology mandates and flexible regulations.

Flexible regulations are emerging as a popular policy option, even though this policy has not been systematically evaluated. Our study (with Mark Jaccard) of the 61 flexible regulations across 37 OECD countries seeks to fill that gap by looking at where they are being used and how effective they have been.

Flexible regulations set out a desired outcome and allow flexibility in how to achieve it – firms can improve their performance or buy compliance credits from another firm that has been able to do so at a lower cost. For example, a fuel supplier of gasoline that is covered by a clean fuel standard may choose to mix in higher levels of low-carbon biofuel, or to purchase credits generated by electric vehicle chargers, hydrogen fuelling stations, or biofuel producers. In this way the emissions reductions come from wherever they cost the least in the regulated sector, minimizing overall policy costs.

Although not as economically efficient as carbon pricing, flexible regulations can be more efficient than traditional regulations, and they have some added benefits: they support competitiveness, they incentivize innovation, and they are broadly supported by the public. Although Canadians are often unaware of such policies, when they are informed, they generally support them (see, for example, BC’s low-carbon fuel standard, which is now being replicated at the federal level).

If flexible regulations are to continue to be an important part of climate policy portfolios, as with all good policy, the devil is in the details. Our comparative policy evaluation identified four design considerations that are key: predictability, policy interactions, equity effects, and alternative compliance pathways.

For businesses to invest in the innovations critical to decarbonizing our economy, they need to see the direction policy is headed. Setting medium- to long-term policy targets in line with our climate commitments can make clear the scale and pace of change, and help drive those investments.

Predictability around the cost of the policy is also important. For example, Italy’s energy efficiency program sets a required level of improvements that utilities must complete or sponsor and allows the generation of compliance credits from individual investments and renovations, such as the installation of high-efficiency windows or heat pumps.

In 2017, it was found that 600,000 compliance credits were generated fraudulently under Italy’s scheme and removed from the market, causing the credit price to triple. Introducing policy design components such as price collars (a minimum price floor or maximum price ceiling), allowing banking or borrowing between years, and transparency in credit prices, can help avoid unanticipated price shocks. But this does create a trade-off between cost certainty and abatement certainty that should be carefully considered.

As countries pursue a mix of climate policies, it is critical to ensure policies are complementary. For example, a ZEV sales mandate to encourage the adoption of electric vehicles can result in greater emissions reductions when combined with a renewable portfolio standard that reduces the emissions intensity of the electricity being used.

But overlapping policies can also undermine one another. Research has shown that when a state-level ZEV sales mandate is combined with a national vehicle emissions standard that over counts the value of ZEVs, the combined policies can result in a net increase in emissions relative to each policy alone. This occurs when some vehicle emissions standards count EVs as lower emitting than they actually are and give additional compliance credits, effectively relaxing the standard for the rest of the vehicle fleet as more EVs are added.

Flexible regulations are often used to encourage the diffusion of new technologies, such as zero-emission vehicles. By setting a required proportion of sales, suppliers create an internal tax and subsidy. This will decrease the price of the required technology and proportionally increase the price of other technologies to cover that cost. However, unlike a carbon price, flexible regulations do not generate revenue to compensate vulnerable and low-income communities. This creates the risk that low-income households will be forced to pay higher prices to subsidize expensive new technologies for higher-income households that are able to afford them. To address this, some policies have incorporated equity safeguards, such as France’s energy-saving obligation scheme, which requires a proportion of energy efficiency investments to be made in low-income households.

Some flexible regulations allow compliance credits to be generated from activities other than achieving the regulated outcome, such as Nevada’s renewable portfolio standard, where investments in energy efficiency and renewable electricity generation outside of the state have been awarded compliance credits.

While this has the potential to lower policy costs, it can also create loopholes by rewarding activities that would have happened anyway. Incorporating such compliance pathways should be done with caution, and they should include measures to ensure credit-earning activities are truly reducing emissions.

Flexible regulations can provide a relatively cost-effective, broadly supported and complementary tool to achieve deep emissions reductions. As the government looks for more ways to bend the emissions curve downward, including the recent announcement of a mandatory target for 100 per cent of new vehicle sales to be ZEVs by 2035, flexible regulations may be the right tool for the job, as long as the policies are well designed, and interaction and equity effects are considered. William Scott
William Scott is a PhD student at Stanford University and formerly worked with the University of Ottawa’s Smart Prosperity Institute and the United Nations Environment Programme.
View all by this author 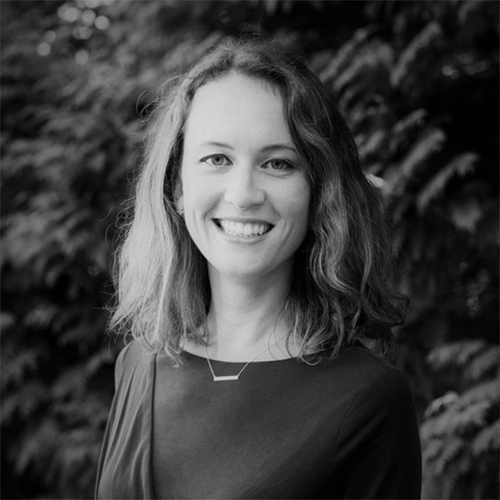 Katya Rhodes
Katya Rhodes is an assistant professor at the University of Victoria and a climate policy expert researching low-carbon economy transitions and climate policy designs. She teaches sustainability transitions, economics for policy analysis and quantitative methods.
View all by this author
X