The development of Quebec’s child care system holds many lessons for provinces creating their own child-care system. by Sophie Mathieu May 4, 2021
Share

What do Pauline Marois and Chrystia Freeland have in common? Though separated by an almost 25-year interval, Quebec’s former education minister (who became premier in 2012) and Canada’s current finance minister and Deputy Prime Minister both managed to convince their respective political parties that low-cost child care was relevant and important.

Parents of preschoolers and feminist advocates for a national child care system have been anxiously awaiting the federal budget, which was presented on April 19. But Chrystia Freeland had already announced her intentions several days before the budget was released, saying she wanted to build on the “Quebec model” and pointing out that Quebec has the highest employment rate among women with children under three in the world. What lessons can Canada’s other provinces learn from the Quebec experience?

1. Affordability is not synonymous with accessibility

Cost is currently a key barrier to using child care in all Canadian provinces except Quebec. High child care costs are a barrier to mothers’ participation in the labour market. In Toronto, for example, the median cost of child care for an infant is $1,866 per month, compared to $181 at an early childhood centre (Centre de la petite enfance – CPE) in Quebec. However, lowering child care costs is not a panacea: there still need to be enough spaces available to meet the demand. Quebec’s child-care system has always been a victim of its own success: it has never succeeded in providing universal access to child care services. Not only are the waiting lists long – over 50,000 families are currently waiting for a space – but children from low-income families are underrepresented in early childhood centres. On the other hand, Quebec’s public school system offers all children the opportunity to attend before- and after-school care, which is universally offered at the same flat low rate in public schools.

2. The risk of creating a two-tiered system

CPEs are the crown jewel of Quebec’s child care model. The centres offer better quality services than that of private garderies (daycares). Quebec began gradually establishing the network as part of its 1997 family policy, when the province imposed a five-year moratorium on the creation of spaces in for-profit child care centres. In 2003, the end of the moratorium, combined with a number of tax incentives, led to an explosion in the number of for-profit child care centres being opened. Mostly for ideological reasons, but citing an urgent need for more space, the Liberal government allowed the private sector to provide child care and encouraged the creation of commercial child care centres.

The result is that today Quebec has a multi-tiered child care system that includes CPEs, subsidized child care centres, unsubsidized child care centres, and family environment child care, as well as unregulated spaces. Quebec’s family policy has thus been somewhat diluted. The quality of services is not always up to par – notably because of a lower ratio of qualified educators in commercial daycares – and parents no longer know exactly what the distinguishes a CPE from a subsidized daycare centre, which offers services at the same cost as a CPE. This way of doing things should be avoided.

3. Difficulties in attracting and retaining staff

The quality of care offered in the CPEs is directly linked to their qualified personnel. In Quebec, child care workers must have a college diploma in early child care education (three years of training), which equips them with skills to ensure the physical, motor, cognitive, language, social and emotional development of children.

The labour shortage in Quebec’s child care network and the low level of enrolment in college training programs is a reflection of the general lack of recognition of child care professionals. During the first wave of the pandemic, images of police officers applauding doctors and nurses made the rounds on social media, but child care workers, who were caring for the children of front-line workers, did not receive the same accolades. The profession of early childhood educators needs to be revamped; workers need better working conditions – including higher pay – and there need to be more incentives to attract young people to early childhood education programs in college.

4. The Need for a Parental Benefits Program

If the Canadian government is serious about emulating the Quebec model, it must also review the entire architecture of its parental benefits program. Quebec has its own parental benefit program, the Quebec Parental Insurance Plan (QPIP), which is different from the federal program. Its eligibility criteria are less restrictive. Parental benefits are available to any parent who earned at least $2,000 in the previous year. Access is therefore based on fixed income rather than number of hours worked, as is the case in other provinces. Benefits in Quebec are also more generous: fathers are eligible for a take-it or lose-it paternity benefit that is not transferable to mothers.

The high labour force participation of Quebec mothers is the result of an institutional context that goes beyond the availability of child care. While the creation of such a network of services is an essential condition for achieving gender equality, it does not automatically guarantee a better division of labour between men and women. The government should therefore be encouraged to reform the Canadian parental benefit program to include exclusive, well-paid paternity leave, as is the case in Quebec.

Making early childhood centres the heart of the system once again

The early childhood services network that made CPEs the core of Quebec’s child care services is now facing several dangers and challenges. Since the turn of the millennium, the network has been weakened, particularly because of a relative reduction in the number of spaces available in CPEs in the network as a whole, but also because of increased tax incentives for parents using private child care as well as the program to create new kindergarten classes for four-year-olds. With a little political will, a look at the province’s family policy history, and the right to opt out of a federal child care program with financial compensation, Quebec should be able to refocus its child care network on the CPEs. In this way, it will be able to continue to show the way to other provinces. 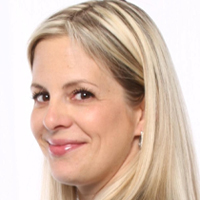 Sophie Mathieu
Sophie Mathieu is a Senior program specialist at the Vanier Institute of the Family, with a focus on family policy in Quebec. She holds a PhD in Sociology.
View all by this author
X

by Sophie Mathieu. Originally published on Policy Options
May 4, 2021