With more weather-related disasters caused by the global climate crisis, we need the capacities of our natural carers ─ family, friends and neighbours. by Vickie Cammack, Donna Thomson January 9, 2020
Share

In line with the Age Friendly Community movement, it is time to create care-friendly communities, focused on supporting and enabling family, friends and neighbours to look out for, and care for, one another. Municipal governments, working with allied nonprofit organizations such as the McConnell Foundation and Tamarack Institute, have a role to play. So do provincial governments, which will need the support of a coordinated national campaign to ensure best practice across the country. 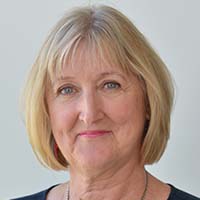 Vickie Cammack
Vickie Cammack is a social innovator who has established many groundbreaking organizations dedicated to strengthening community and addressing isolation including Tyze Personal Networks, Planned Lifetime Advocacy Network, and the Family Support Institute of British Columbia.   She is a member of the Order of Canada.
View all by this author Donna Thomson
Donna Thomson is a caregiver and activist. She is the co-author (with Dr. Zachary White) of The Unexpected Journey of Caring (Rowman & Littlefield, 2019) and the author of The Four Walls of My Freedom (House of Anansi Press, 2014).
View all by this author
X