A woman walks by a bilingual sign for a cafe in Montreal in August, 2022. THE CANADIAN PRESS/Graham Hughes. French is in decline in Canada outside Quebec. The country needs fresh ideas to teach the language and promote its economic and social benefits. by Steve Lafleur September 28, 2022
Share

Canada is officially a bilingual country. In practice, though, there are few parts of Canada outside of Quebec where one can live a primarily francophone life. This probably won’t change. But Canada can and should aspire to be a more functionally bilingual country. That doesn’t have to mean large, divisive policy changes. A slight shift in attitude and some carrots, rather than sticks, could help reinvigorate bilingualism in at least some parts of the country outside of Quebec.

There is considerable variation in the proportion of bilingualism at the provincial level, ranging from 34 per cent in New Brunswick to 4.7 per cent in Saskatchewan. If we drill down to the census metropolitan area (CMA) level, concentrations of francophones exist in places like Moncton (32.6 per cent), Greater Sudbury (22.7 per cent), and Ottawa (14.9 per cent), while there are also pockets of French speakers in places like St-Pierre-Jolys, Manitoba (40 per cent), and Falher, Alberta (41 per cent).

Debates over the place of the French language in Canada are often centered around national unity, the rights of francophones and cultural preservation. While these are important considerations, they aren’t the only reasons to promote the French language across Canada. Many of these benefits fall into three buckets: human capital formation, mobility, and Canada’s place in the world.

Bilingualism doesn’t make you smarter, but it opens doors

Contrary to popular belief, bilingualism doesn’t necessarily make people smarter. A study conducted by researchers at the University of Western Ontario with 11,000 participants found no evidence that bilingualism is correlated with other mental skills. However, language skills open doors to other people, and they are easier to gain at a young age.

It’s far easier to learn French as a child and continue fostering those skills into adulthood rather than taking a crash course in French before travelling to Paris or applying for a job in Quebec City or with the federal government. Moreover, bilingual Canadians on average earn 10 per cent more than unilingual anglophones. Giving more Canadian children the opportunity to develop French fluency seems like low-hanging fruit.

Mobility is another consideration. Unilingual francophones in many respects live in a smaller country than anglophones. While there are pockets where they could plausibly function in their mother tongue, it would be hard to do so in Vancouver or Toronto – let alone Calgary or Saskatoon. This means that francophones have a far narrower range of opportunities than anglophones.

But this also works in reverse. Quebec is a large province, and Montreal is one of Canada’s biggest cities. Opportunities for anglophones can be hard to come by there, and not just because of public policy. If you can’t speak the language of business in a jurisdiction, it’s hard to get ahead. While many Torontonians might daydream about moving to Montreal’s much more affordable housing market, in practice many cannot.

Finally, bilingualism affords Canada opportunities on the world stage. Being able to function in French creates opportunities to do business with more than a quarter-of-a-billion French speakers around the world. It is an unalloyed benefit.

It also creates avenues for diplomacy. As a middle power, Canada’s ability to influence global affairs comes primarily from our ability to influence allies and build coalitions. While Canada will never have the same level of influence as larger countries with overwhelming military strength, we do have a history of making an impact on the global stage. Deepening our ties with French-speaking allies is one avenue through which we can influence global affairs.

The benefits of bilingualism are clear. But reversing the decline in French language comprehension isn’t an easy task – especially outside of Quebec. There are many potential solutions, but I would like to focus on enticement. You could call it “supply-side bilingualism.”

The most obvious solution is to increase the availability of French-immersion education. While it is conceptually simple, in practice it could be constrained by the availability of bilingual teachers, the ability to attract them to the places where they are most needed, and budgetary constraints. But making bilingualism a bigger priority in schools outside of traditionally francophone communities seems like a reasonable approach.

Another related solution is to ensure the availability of French-language educational and entertainment media. Radio-Canada and ICI TOU.TV are good examples. Both provide information and entertainment for Canadians hoping to practice their French language skills. They are both accessible and available to anyone with an internet connection, but ICI TOU.TV has a premium pay service. These rich resources could be expanded and made free for all Canadians.

A less discussed solution is focusing attention on regions with strong francophone presence (RSFP). Strengthening RSFPs is an opportunity identified by Mario Polèse. These pockets of francophone strength can be used in a multitude of promising ways to help promote the French language.

Amending the Official Languages Act: A New Vision of Bilingualism?

Communities outside Quebec that decide to promote themselves as francophone hubs could have opportunities to specialize in French-language training and entertainment. This could conceivably have spillover economic development benefits. Cities such as Sudbury and neighbourhoods such as St. Boniface in Winnipeg are examples of how historical French communities can thrive by promoting their unique history and culture.

Finally, there is French immigration. It isn’t a silver bullet, as Polèse has argued. More French-speaking immigrants can be part of the solution, but if we don’t create environments where they can thrive as francophones – at least some of the time – the impact will be blunted. But immigration must be one piece of the puzzle.

The French language appears to be on a path of slow decline in Canada. But it isn’t inevitable. And we have the people and regional cultures that are necessary to reverse the decline. Governments should use some of the carrots at their disposal to promote English-French bilingualism. But more than that, we need an attitude shift.

French language skills shouldn’t just be about ensuring that people can check boxes on job applications. Rather, French skills should be viewed as an economic, social and geopolitical benefit. 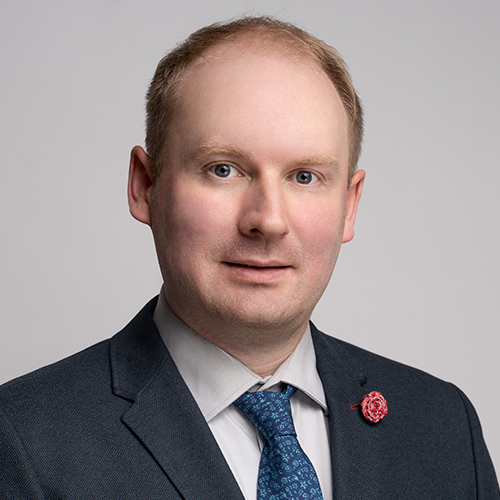 Steve Lafleur
Steve Lafleur is a public policy analyst and columnist based in Toronto. He has a decade of experience working at think-tanks and has been published in newspapers across the country.
View all by this author
X