Martin Francoeur (second from right) ran as the Liberal candidate for Trois-Rivières in the latest federal election. Here, he was joined by Liberal Leader Justin Trudeau at a campaign stop in Trois-Rivières, Quebec, on Aug. 26, 2021. At right is François-Philippe Champagne, who was the candidate for Saint-Maurice-Champlain. THE CANADIAN PRESS/Sean Kilpatrick The writ has dropped. Electoral signs are peppered throughout the neighbourhoods. Photographs of local candidates shaking hands, making ceremonial first pitches at local league baseball games, or flipping burgers at community events pervade media coverage and social media feeds. All these outreach and communication efforts are aimed at highlighting local politicians’ identity attributes, qualities, as well as their professional profiles and accomplishments. The process of putting an emphasis on the candidate during a campaign is known as personalization.

This is not a new phenomenon. Individuals have always played an outsized role in politics. However, personalization has gained importance in political life in recent decades as political news coverage by media organizations and journalists has evolved, coupled with the central role played by identity-centric media platforms in the political process. At the same time, politicians have adapted their personal image-making and political messaging approach to the structure and format of dominant media channels.

Dynamics of personalization in local campaigns during Canadian federal elections are important. We use Martin Francoeur’s Liberal campaign in the hotly contested riding of Trois-Rivières as a case study to explore the role and effects of personalization in local politics and, by doing so, illustrate how candidates’ personal and professional character traits, identity attributes and personal histories become shortcuts enabling members of the public to familiarize themselves with and understand politics.

Using storytelling techniques, candidates develop and roll out narratives highlighting strategic aspects of their identity that helps them foster personal connections with voters. These narratives have wide-ranging themes. They include past personal or professional achievements or failures, and character traits such as honesty, integrity, and authenticity.

Personalized storytelling can affect all aspects of a political campaign. It can help campaigns brand political opponents negatively or allow journalists to comment on political news stories. It may affect how voters perceive and understand political information and, by extension, make up their minds about which candidates to support.

So, how do local candidates develop and operationalize their strategies of personalization during a campaign, online and offline? Francoeur’s campaign offers several clues. Prior to winning the Liberal nomination, Francoeur worked for 27 years as a journalist and editorialist at Trois-Rivière’s daily newspaper Le Nouvelliste, a well-known local publication. In many ways, this positioned Francoeur as a star candidate.

He faced three other candidates who also had high profiles in the community: René Villemure, an ethicist who ran for the Bloc Québécois (BQ); Yves Lévesque, the former mayor of Trois-Rivières and Conservative Party nominee; and Adis Simidzija, the New Democratic Party (NDP) candidate and well-known community worker. Ultimately, Villemure won by fewer than 100 votes following a judicial recount, while Francoeur came in third. The previous Trois-Rivières MP, Louise Charbonneau from the BQ, opted not to run for office in 2021.

Soon after the writ dropped, Francoeur’s team deployed a communication campaign relying heavily on his professional accomplishments. His journalism career, coupled with his involvement in the Trois-Rivières community, allowed him to present himself as credible and ready for elected office. His team planned several outreach efforts to showcase his qualities. The team thought it was important to portray him in a positive light, both online and offline.

As the campaign turned more negative at the national level, with party leaders levelling attacks on each other, Francoeur’s team stayed on message and remained positive until and after election day. When Francoeur faced controversies, such as his fundraising practices and his previous criticism of Liberal leader Justin Trudeau, resulting in negative coverage of his campaign and chatter on social media, his team opted to avoid addressing these matters directly. Instead they focused on the more aspirational themes of his image and  campaign, like access to child care and affordable housing. In many ways, his social media messaging was all about how a Francoeur electoral victory would bring positivity and growth to the Trois-Rivières community.

Trudeau and other star candidates for the Liberals like Mélanie Joly were used as models when posts on Francoeur’s social media feeds were crafted and shared. On Instagram, there were photos depicting the Liberal values of multiculturalism and multi-generational families. Take, for instance, a photograph of Francoeur interacting with the director-general of the Service d’accueil des nouveaux arrivants ─ an organization welcoming immigrants in the Trois-Rivières region ─ posted on Instagram. His commitment to working on reconciliation with Indigenous Peoples was showcased in photos of him interacting with local Indigenous leaders at the Centre d’amitié autochtone de Trois-Rivières. Francoeur also showed support for women by posting a picture of him taking part in a public march for women’s safety.

According to Francoeur’s social media manager, these posts and accompanying captions were inspired by Trudeau’s approach to digital political communication. Reproducing how the party leader projects his power and personal qualities was seen as a way to repackage the party philosophy for local messaging and outreach. Francoeur’s team wanted to make sure to be consistent with how the national party was going about political campaigning.

Francoeur also wanted to be perceived as a hyper-local candidate. His modest origins from Bas-du-Cap, a poorer and neglected section of Trois-Rivières, were used as a symbol of social mobility. This enabled him to frame himself as understanding the struggles affecting many Trois-Rivières residents. The importance of him being someone rooted in the community was aligned with Trudeau’s public image, as a leader in touch with the people.

Several important issues for the Trois-Rivières community were brought up and discussed throughout the election by the Francoeur campaign. This included developing better senior housing near the St-Maurice River and providing a more welcoming environment for immigrants. Francoeur also declared support for investments in the Université du Québec à Trois-Rivières and its Institut de recherche sur l’hydrogène, which could play an important role in fighting climate change.

Much like Trudeau, many of Francoeur’s Instagram updates helped humanize him and provided identity cues valued by a large swath of the voting public, including approachability, relatability and empathy. In his posts, Francoeur presented himself as someone caring about regional issues and all segments of the Trois-Rivières community, from young families to senior voters and entrepreneurs.

On some occasions, Francoeur opened up and offered insights into his private life, including his relationship with his same-sex partner, with social media posts showing Francoeur and his partner canvassing Trois-Rivières neighbourhoods and speaking with constituents. This was in line with broader Liberal values and campaign messages. His personal life was not leveraged to highlight qualities or competencies, but instead used to humanize him in the eyes of his supporters and the public at large in ways that could potentially expand his support.

Francoeur’s campaign shows that the principles of political personalization that guided his local campaign were informed by the broader Liberal values and philosophy. While Francoeur was able to incorporate aspects of his personal life and history into his campaign communication, he still followed the political personalization model that guided the overall communication campaigns of the leader and other star candidates. As such, this enabled him to put forward a message that didn’t clash with other candidates’ communication and outreach activities or the party leaders’ national campaign.

Anthony Ozorai contributed to this article. He was the social media and publicity campaign manager for Martin Francoeur in his run for the Liberal Party. 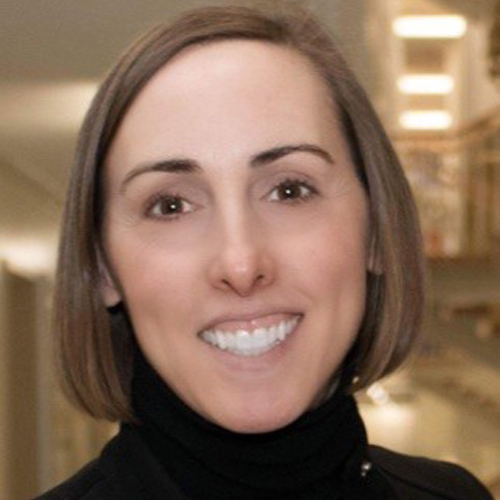