The U.S. Capitol in Washington, D.C. Shutterstock.com, by Andrea Izzotti In an era when U.S. hegemony no longer drives the global agenda, Trudeau’s Liberals are entangled in American overreach, a vulnerable place to be. by David Carment, Dani Belo March 24, 2021
Share

With the pending announcement of a  massive U.S. Senate package to confront China on all fronts, skepticism has emerged that the departure of Donald Trump has ushered in a fresh foreign policy perspective from Washington. Joe Biden has promised positive re-engagement with global allies, an emphasis on reinvigorating international institutions, and strengthened support for a rules-based system. But America’s obsession with China belies America’s underlying strategy.

We believe U.S. strategic thinking continues to be bound by a deep-rooted preoccupation with relative gains. Such considerations motivate Washington to use political, economic and other coercive tools and tactics commonly associated with grey zone conflicts to punish adversaries and “discipline” allies.

The use of economic and political pressure tools such as sanctions by the U.S against allies has carved a deep rift between Washington and its global partners. Biden’s proposed “democratic alliance” agenda cannot easily repair a transatlantic rift or compel western governments to march in line with the U.S.

U.S. success during the Cold War may have been built on compelling democratic values and support for human rights. But today, the ideologies of the Cold War and maintenance of American pre-eminence in global politics are no longer top of mind for many of Washington’s allies, let alone much of the world.

There are plenty of politically diverse, economically prosperous and militarily capable partners from which to choose, and national  priorities are changing. Commercial sustainability, economic vitality, and diplomatic engagement are driving the global agenda, not U.S. hegemony.

To be sure, Biden has altered course on several Trump policies by rejoining the Paris global climate accord and the World Health Organization. But these reversals are strategic in nature, not values-driven. Indeed, in Biden’s own words, his goal is to re-establish American leadership in those areas that risk being dominated, if not controlled, by China.

But there are other crucial Trump-era policies that remain in place including those in the National Defense Authorization Act, along with the Protecting Europe’s Energy Security Act and the Countering America’s Adversaries Through Sanctions Act (CAATSA).

The now-controversial CAATSA list is instructive in regards to its unintended consequences. In essence, the act seeks to punish those who buy arms from America’s adversaries, most notably Russia. Yet CAATSA has prevented neither Turkey, a NATO ally, nor India, also an ally, from purchasing advanced Russian weapons systems such as the S-400 missile. Both countries face U.S. sanctions for stepping out of line.

Though countries like Canada may be considered to be safely on America’s side because of a  deep dependence on U.S. arms sales and defence, it is not clear other nations are.

The common democratic values agenda is not sufficiently coherent to bridge the gap in priorities between Washington and the capitals of Western Europe, for example. The Nord Stream II pipeline, intended to deliver gas directly from Russia to Germany, has been the subject of a fierce political battle between Washington and Berlin. The poisoning and imprisonment of Russian opposition leader Alexei Navalny has not derailed the Nord Steam II project as members of both the Trump and Biden administrations had hoped it would. This is despite punishing U.S. sanctions that harm 12 E.U. nations and 120 European companies. The E.U. has declared American sanctions illegal, decrying U.S. extraterritoriality as an abuse of power.

Nor has Biden’s vision of a “democratic alliance” compelled U.S allies to abandon their commitment to the Regional Comprehensive Economic Partnership signed in November 2020 without Washington or to join U.S sanctions against the China National Offshore Oil Corporation.

Though countries like Canada may be considered to be safely on America’s side because of a  deep dependence on U.S. arms sales and defence, it is not clear that other nations are. The sad reality is that Justin Trudeau’s Liberals are entangled in the America First agenda but are failing to acknowledge that publicly. A shift from global to regional supply chains, for example, will ensure

closer integration with the U.S. But it will also increase our dependence on America because we have so little tier 1 manufacturing. Reducing the number of supply chains by itself cannot overcome a weak domestic manufacturing sector, low productivity and diminished economic competitiveness. For example, the revocation of a construction permit for the Keystone XL pipeline made Canada the first target of what critics call Biden’s “America First” agenda. The move was not inherently anti-Canadian as much as it was driven by various forces within the U.S. that saw no merit in the pipeline.

The real test for the Canada-U.S. relationship will be the extent to which President Biden  dismantles many of  Trump’s harmful executive orders and reverses the disturbing and increasing trend toward coercive diplomacy. Today, sanctions and weaponized extraterritoriality are used by U.S. administrations to  maintain a competitive edge, but they are also deeply problematic. One of America’s greatest Supreme Court justices, Robert H. Jackson, believed such weaponization is fraught with dangers. Once judicial opinion rationalizes an order for sanctions in the face of a national emergency, “the principle then lies about like a loaded weapon,” he said back in 1944, “ready for the hand of any authority that can bring forward a plausible claim of an urgent need. Every repetition imbeds that principle more deeply in our law and thinking, and expands it to new purposes.”

Recognizing the perils of becoming entangled in American overreach, many middle powers are increasingly self-assured and refuse to tie themselves to any single great power. Trudeau’s Liberals have not used effective statecraft to similar advantage, preferring instead to follow President Biden’s lead. Unfortunately, Canada cannot thrive in an environment where the American threat to do harm to allies constantly looms in the background, no matter how strong the bond of shared values might be. 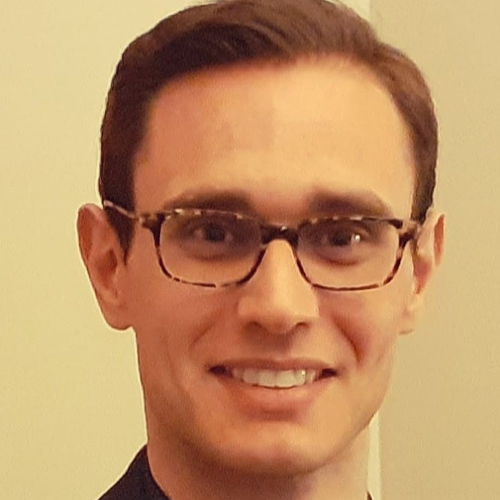 Dani Belo
Dani Belo is a SSHRC-funded doctoral student at the school of international affairs at Carleton University.
View all by this author
X by Kevin G. Cai January 20, 2021
How can Canada support recovery efforts in the global south? Join us on January 21 for a webinar.
REGISTER NOW