sshFake news is widely spread in diaspora Chinese communities via social media such as WeChat and WhatsApp. Shutterstock.com 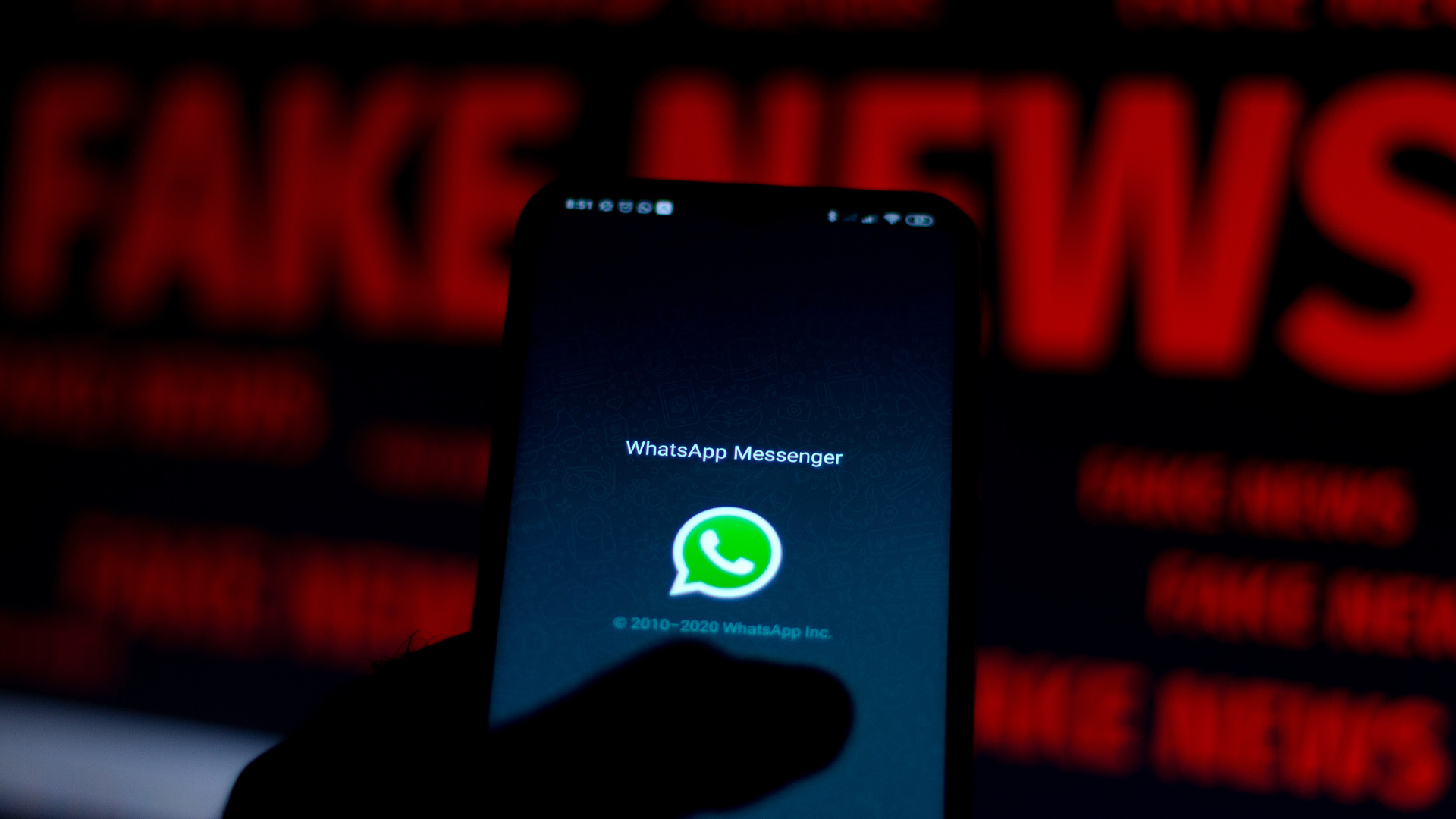 What the case of Kenny Chiu’s proposal for a Foreign Influence Registry Act tells us about misinformation and what can be done to combat fake news. by Sze-Fung Lee, Benjamin Fung January 4, 2022
Share

The story started with a private member’s bill introduced by former Conservative MP Kenny Chiu in spring of 2021 – the Foreign Influence Registry Act (Bill C-282). Its intention was to impose “an obligation on individuals acting on behalf of a foreign principal to file a return when they undertake specific actions with respect to public office holders.” This was a potential way to expose the relationship between agents in Canada and their ties to foreign countries. It could have also exposed Canada’s susceptibility to foreign influence, making it more difficult for external states to conduct electoral interference, technological and intellectual property theft, or even surveillance and operations like the “Operation Fox Hunt” (a global covert operation conducted by Beijing to threaten and repatriate Chinese dissidents to mainland China).

However, the purposes of the bill, which did not pass, became the target of a misinformation campaign. How misinformation on the Foreign Influence Registry Act was spread can be used as a case study for the simple, yet effective tactics commonly deployed in the making of “fake news.”

Examining the disinformation tactics – why are they effective?

Fake news is widely spread in diaspora Chinese communities via social media such as WeChat and WhatsApp. Research indicates that people tend to accept misinformation as fact if it comes from a credible and trustworthy source, and so-called “trust” can also be based on “feelings of familiarity.”

Research indicates we are more likely to believe in our friends and family, or even acquaintances, than complete strangers. And that familiarity does not necessarily have to be based on previous face-to-face interaction, but can also come in the form of internet communication, especially in the new era of technological advancement. So, when fake news is tailored to the Chinese community and disseminated through its communication channels, particularly via its own social network, it increases the acceptance rate of disinformation.

This year, resolve to be a more intelligent reader online

In addition, according to the principle of social proof theory, people tend to endorse a belief that is generally agreed on among the majority of their community, even if they may not believe in such ideology or information in the first place. This may be due to a need to seek social recognition or to prevent being an outcast in the community, especially in an overseas diaspora group. As well, despite the fact that some Chinese immigrants would like to verify the truthfulness of the news, they may not have access to other mainstream, Western media because of a language barrier.

The reliance on internet information often results in the creation of an “echo chamber” that is further exacerbated by the filter effect of the online algorithm. Applications such as the “WeChat Moment,” a feature in WeChat, which is widely used by the Chinese community, similar to Facebook and Instagram, allow individuals to view others’ stories. Thus, the Chinese community is being trapped in the vicious cycle of reinforced information consumption patterns.

Repeated exposure to the same fake news increases its chances of being considered true. Thus, when a person encounters the same piece of news, regardless of its integrity and credibility, this “increase[s] perceptions of honesty and sincerity as well as agreement with what the person says.” The phenomenon is often called the “illusion truth effect” in psychology. In other words, even though one may not believe the fake news, reinforced disinformation increases one’s susceptibility to it.

Combatting a state-sponsored disinformation campaign is never an easy task. Multidisciplinary approaches – including international co-operation and exchange of information between liberal democracies, establishment of an integrated institution that oversees all cybersecurity intelligence and analysis, planning and executing efforts to counter disinformation, as well as education and training to increase critical thinking by the public ─ are vital to improve our resilience and defend our core values against foreign interference and disinformation.

The case of Bill C-282 is indeed a salient example of how fake news is tailored and disseminated in a particular target group. However, another common tactic is state-sponsored disinformation. This is difficult to disprove because it has direct linkages with the central authority, which then denies responsibility for releasing the misinformation.

Because he was an outspoken politician who advocated for Hong Kong and democracy and heavily criticized Beijing’s violation on human rights, Chiu was sanctioned by the Chinese government against returning to his birthplace, Hong Kong. Moreover, due to his role on the Subcommittee on International Human Rights (SDIR), and previous work urging the Canadian government to impose sanctions on China, as a parliamentarian he was viewed unfavourably by the Beijing government.

Therefore, when the disinformation around Bill C-282 was deployed, Chiu’s pro-democracy and “anti-Chinese communist party background” were being used as justification for the accusation and argument that the proposed Foreign influence Registry Act was indeed racial discrimination against the Chinese, and that the bill’s prime objective was to “suppress pro-China opinion, as well as to operate surveillance on organizations and individuals” in the overseas Chinese community.

In addition, heavy criticism and attacks were not only focused on Chiu, but also on the Conservative party and leader Erin O’Toole, well-known for their hawkish stance against Beijing’s policies. Now that the 2021 federal election is over, it is indeed logical to infer that whoever was responsible for disseminating the fake news had a clear motive in reshaping the narratives in favour of Beijing’s interests.

In spite of the fact that the Chiu incident made only ripples in the recent federal election (he lost his seat as MP), such disinformation campaigns and their potential to manipulate diaspora communities (via psychology and social connections) could generate waves that would drown Canada’s democracy in the future.

Taking a stand against a decision by the Chinese Communist Party does not make the Conservatives or Canada anti-China. The assumption that it does has driven this general belief in the Chinese community, especially for those who have weak critical thinking skills and no prior training or experience in dealing with disinformation.

Perhaps more alarming is the fact that these tactics could be deployed against any group in an information and psychological warfare campaign. In short, it has a high potential for interference in Canada’s electoral process by foreign state actors and thus severely threatens the country’s liberal democracy.

Canada remains vulnerable to the security risk constituted by foreign interference. As a liberal country that vows to uphold its values in freedom and democracy, specific countermeasures such as Chiu’s proposed act and laws like the U.S. Foreign Agents Registration Act should be implemented.

At the third-party entities and civilian levels, one countermeasure could be a “foreign influence transparency scheme” similar to the one suggested in the news campaign Can Xi Not, introduced by Alliance Canada Hong Kong. This may be particularly important for both traditional and new media, which often have the power to shape public debates. In other words, media would retain their freedom of press, but would be required to disclose their foreign sponsorship, if there is any. Last but not least, other approaches to increase citizens’ resilience, as well as the nation’s capability to deter state-sponsored disinformation, should be thoroughly considered and enforced. Sze-Fung Lee
Sze-Fung Lee is a research assistant in the School of Information Studies at McGill University. She holds a master’s degree in international security from University of Warwick. Find her on Twitter: @imleeszefung.
View all by this author Benjamin Fung
Benjamin Fung is a Canada Research Chair in Data Mining for Cybersecurity and professor in the School of Information Studies at McGill University. His LinkedIn profile is here.
View all by this author
X