Is our nostalgia around minority governments misplaced?

A look at the historical details around the launch of Medicare suggests that political players in minority governments must play the long game. by Shirley Tillotson November 12, 2019
Share

Minority governments in Canada are often hailed as seminal moments in Canadian public policy history. Conventional wisdom is that the compromises necessary during those periods result in more lasting change. But a closer look at the details of those years tells a different story. The message for parliamentarians in a minority government: you are playing a long game. Even more than usual, policy movement will be incremental, and events outside the House matter more than manoeuvres inside.

A prime example of this misconception around minority governments is the establishment of Medicare, during Lester Pearson’s second Liberal minority from 1965-68. Historian P.E. Bryden, in her book Planners and Politicians: Liberal Politics and Social Policy, 1957-1968, demonstrates that the NDP’s role in advancing Medicare was insignificant at the time, even though the NDP’s political fortunes were on the rise. Every turning point during that period was about the federal Liberals’ internal struggles and the challenges of federal-provincial negotiations. Powerful cabinet ministers and provincial premiers blocked or greenlighted agreements. But NDP votes in Parliament weren’t essential. The government side won comfortably in votes on the 1966 Medical Care Act, with or without NDP support.

In fact, when Medicare finally launched in 1968, the policies implemented were at least as much shaped by conservative resistance as by progressive support. This was also true in tax reform, as I show in my recent book, Give and Take: The Citizen-Taxpayer and the Rise of Canadian Democracy. It is a general theme of the Pearsonian social policies. They were compromise measures, fiscally constrained versions of bolder policy ideas then in circulation.

Around the same time as the Medicare Act passed, the Pearson government faced a sharp shock in the bond market. In August 1966, a $500 million Canadian government bond issue failed. What investors didn’t buy, the Bank of Canada had had to absorb, creating money and stoking inflation in the process. To compensate, then-finance minister Mitchell Sharp halted or delayed various spending plans, including Medicare. Ignoring the NDP’s relentless taunts that the Liberals had dragged their feet for 50 years on their promise of health insurance, Sharp announced Medicare would launch in 1968 instead of the Centennial year of 1967.

A further postponement was staved off by two regressive tax measures that Sharp introduced in his November 1967 mini-budget. Both measures were designed to curb inflation. One was an immediate five percent surtax on Canadians’ personal income tax bills, and the other was a proposed “earmarked” income tax that would cover the whole cost of the federal expenditure on Medicare.

Funding social spending through an earmarked tax was designed to make spending as minimally redistributive as possible. That might seem strange now, but the senior political leaders of the 1960s had grown up in a world where taxation (even income taxation) was often designed to ensure that the tax burden fell most heavily on those deemed most likely to use social services. The amount collected from each person was capped, so that people with incomes above a modest working-class level paid at a progressively lower rate. At a decent $6,000 taxable income, an earmarked tax of 2 percent yielded $120. But with a tax capped at $120, a more comfortable income of $12,000 paid only 1 percent. Such taxes were meant to inculcate “tax consciousness” through what I like to call “show them the price” taxation. A similar approach was taken with the 1951 universal non-contributory old-age pension (Old Age Security).

The NDP was critical of this kind of taxation. Why add to the income tax burden of lower-income people and limit the impact of the same tax on the more well-off? Why charge an extra tax to deliver programs that could and should be funded by general revenue, raised out of properly progressive taxation?

When in February 1968, when the time came for a vote on the bills embodying Sharp’s November budget proposals, the twists of parliamentary politics gave the NDP a chance to bring these criticisms home and get a real legislative result. In a mostly empty House, the income tax measures were defeated, 84 to 82, with the help of the Progressive Conservatives.

After a scramble to prevent the government’s fall, Sharp had to devise a new fiscal package to replace the defeated one. In the income tax amendments, there was still an anti-inflation tax, but it kicked in at a higher income level, it was set at a lower rate, and there was no cap. The NDP criticisms had landed, and for a few months, tax policy in Canada was a bit less regressive than it would otherwise have been.

Still, in October 1968, in the first budget of the Pierre Trudeau majority, finance minister Edgar (“Ben”) Benson would introduce the Medicare tax that Sharp had promised in November 1967. The NDP-Tory joint manoeuvre earlier in the year didn’t stop Benson in October from introducing the “social development tax,” which was open to identical objections.

Thankfully, these old “show them the price” devices in personal income taxation were headed for the delete bin of tax policy. They were eliminated in the 1971 tax reform budget, one of the small victories of that moment. The 1971 tax reform, like the 1968 Medicare program, delivered only a limited version of the policy proposals that had been laid out by the 1966 Royal Commission on Taxation. In tax, we are still awaiting comprehensive reform; and so far, the 1964 proposals for drugs, dental, and home care are still proposals. But, one way or another, our politics have incrementally yielded progress – the campaigns against extra-billing led (with some help again from the Saskatchewan NDP) to the Canada Health Act of 1984 and, according to former finance minister Michael Wilson, federal-provincial politics helped shape sales tax reform.

In health insurance, as in tax policy, the 1970s and 1980s saw continuing political struggle, inside Parliament and beyond, to improve those first flawed efforts, achieved by hard compromise. Policy is a long game, and though much was achieved during the Pearson minorities, most of it still needed a lot more work, the complex work of building policy momentum. Parliamentarians can help with that, but confidence votes in the House weren’t and won’t be their best tool. 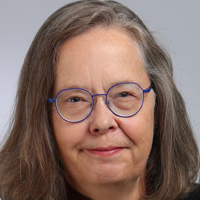 Shirley Tillotson is professor emeritus at Dalhousie and an Inglis professor at the University of King’s College. She is the author of Give and Take: the Citizen-Taxpayer and the Rise of Canadian Democracy and other books and articles on 20th-century Canadian history.

Is our nostalgia around minority governments misplaced?