Our emissions targets are inadequate and we aren’t meeting domestic and international climate obligations. Meanwhile, COP27 is in November in Egypt. by Julia Croome, Caroline Brouillette July 22, 2022
Share

A year ago on June 29, climate advocates across the country celebrated a major victory with the passage of Canada’s first-ever climate accountability legislation. While imperfect, the Net-Zero Emissions Accountability Act promised to finally break Canada’s cycle of missed climate targets, as well as to bring certainty, transparency and rigour to federal climate plans.

Soon afterward, Canada submitted a new nationally determined contribution to the United Nations – essentially its updated pledge under the Paris Agreement – promising to reduce emissions by 2030 by 40 to 45 per cent from 2005 levels.

Then, at the end of March, Environment and Climate Change Minister Steven Guilbeault released the 2030 emissions reduction plan as required by the act to show how Canada will meet that 2030 target on its way to reaching net-zero emissions by 2050.

The problem is that the plan doesn’t actually show how Canada will meet either target. As currently written, it also fails in several ways to meet the requirements set out in the act.

Because of these missing details, delivering a progress report that makes sense to the reader will be difficult if not impossible. Fortunately, a few simple fixes can get the plan on the right side of the law and provide reassurance that the government is willing to be held to account on its climate plan. Amending the plan to clarify how the numbers add up, to commit to specific timelines and to make a serious attempt to look beyond 2030 would greatly improve transparency for those seeking to understand exactly how their government plans to address the climate crisis – and to track and assess its progress.

Fixing the gaps in the emissions reduction plan also presents Canada with the opportunity to take stock of how far its 2030 target falls short of its international responsibilities, and to show leadership ahead of this fall’s international climate conference.

The act requires the plan to include annual projections of the pollution reductions resulting from the measures it contains. The plan relies on a combination of two modelling approaches to predict how its strategies will affect Canada’s greenhouse gas emissions in the years ahead. First, a “bottom-up” model projects that existing and new climate measures will lead to a 36 per cent drop in carbon emissions by 2030 – short of the lower range of Canada’s target. The plan gets to a 40 per cent reduction only by using the second modelling approach – what it refers to as “back-casting” or counting emissions cuts from policies still in development. But there are no details on what measures will actually close this four-percentage-point gap.

According to the act, the plan must also explain how it will contribute to Canada achieving net-zero emissions by 2050. But the plan offers only the most cursory sketch of some of the policies that might be needed to achieve this long-term goal. This is a fundamental flaw that can and must be remedied. We need to make sure our short-term actions are compatible with this longer-term decarbonization goal. The radical policy shifts we need to get there must start now. Conversely, bad policy choices – think expanding highways, pipelines and power stations – now can lock us into a high-carbon future for decades to come. We need urgent action, but we also need to have an eye to that longer-term goal. Canada does not have a clearly defined pathway to reach net-zero by 2050. Without it, how can we know if Canada is on track?

The act also requires the minister to include a timetable for each of the measures and strategies outlined in the plan. But it lacks clear deadlines for most measures and strategies. This is another glaring gap that seems designed to avoid accountability. In other words, it’s a surefire recipe for the dither and delay that has led to Canada’s dismal record of missed climate targets.

The next domestic accountability “checkpoint” required by the act is a progress report by the end of 2023. This will be the first crucial test of whether the checks and balances built into the legislation will be sufficient to ratchet up the pressure on a deficient plan.
The plan also falls short in a more fundamental way, with implications for Canada’s international obligations.

In November, the world gathered in Glasgow to reckon with the reality that countries’ current climate pledges fall far short of adding up to the emissions cuts needed to ensure that global warming does not exceed 1.5 degrees Celsius above pre-industrial levels, instead putting the world on track for a disastrous 2.7 degrees Celsius of warming. The Glasgow Climate Pact, signed by all parties, urged countries to strengthen their pledges by the end of 2022. A series of reports from the Intergovernmental Panel on Climate Change, warning of increasingly dire climate impacts without rapid emissions cuts, has since underscored the urgency for action.

Canada’s current 2030 target – a centerpiece of both our Paris pledge and the emissions reduction plan – is inadequate. Canada is one of the Top 10 global emitters of greenhouse gases, both in total and per capita. This country has grown wealthy from extracting the fossil fuels now causing heat waves, forest fires, flooding and droughts at home and around the world. We have the capacity and the responsibility to do more. Analysis by Climate Action Network Canada shows that for Canada to do its fair share of the global effort to limit warming to 1.5 degrees Celsius, it must reduce emissions by at least 60 per cent below 2005 levels by 2030.

Which provinces are meeting their climate targets?

COP27 is scheduled to be held in November in Sharm el-Sheikh, Egypt. So far, only a handful of countries have submitted a strengthened pledge. Greta Thunberg dismissed COP26 as “blah, blah, blah.” Rich, polluting countries such as Canada must demonstrate their willingness to close the gap between words and action by reinforcing their Paris pledges. Otherwise, Canada will just contribute to making COP27 an empty talk shop.

By submitting a strengthened target – one in line with our responsibility to do our fair share – Canada could spark a race to the top on ambition, paving the way for success in Sharm el-Sheikh. The government can also show that it is serious about building a climate-safe future by amending the emissions reduction plan to bring it in line with climate accountability legislation.

COP27 is only four months away. If Prime Minister Trudeau and Minister Guilbeault want to prove that Canada is part of the solution, and takes both its domestic and international obligations seriously, it’s time to course-correct. Julia Croome
Julia Croome is an experienced litigator who joined Ecojustice Canada in 2016 from a Bay Street law firm. She is the lead author of the 2020 report A New Canadian Climate Accountability Act. Twitter @jascroome
View all by this author 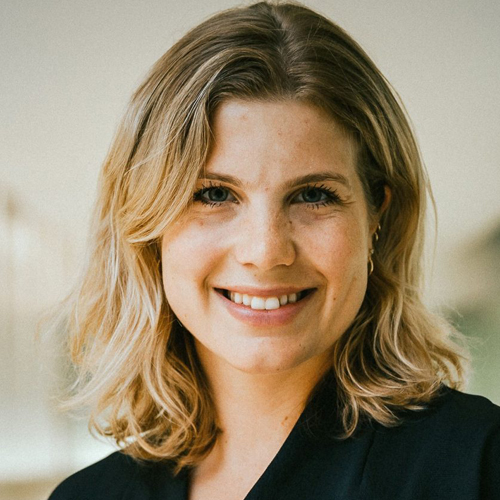