Canada pioneered stem cell research 50 years ago, and we have been leading in this rapidly developing field since. Now with the Canadian Stem Cell Strategy and Action Plan we could reap the health and economic benefits. All we have to do is get it right. by Alan Bernstein, Allen Eaves, James Price March 4, 2015
Share

News that a California-based company has been cleared to conduct a Canadian clinical trial for a new device that would eliminate daily insulin injections for people with type 1 diabetes quietly slipped in under the radar of most mainstream media outlets early this year. The implications, however, are considerable. Despite their widespread use in blood-based cancer treatments, stem cells have long seemed to inhabit a Disneyesque tomorrow land in which amazing things will someday be routine. Finally, though, the field is beginning to fulfill its potential and -Canada can lead the way if we assemble a strong private/public funding program, take some of the twists and turns out of the regulatory pathway, invest in the right technologies and align our world’s best scientists with those who can bring their work to the market.

As a result of our stem cell research we are on the verge of producing therapies for diseases that have long baffled medical science.

Derek van der Kooy, who led the University of Toronto team that discovered retinal stem cells, has predicted that the eye will be the site of the first big stem cell therapy breakthrough because it is an easy target for injecting cells and observing how they perform. Indeed, early stage clinical trials using induced pluripotent stem cells (adult cells reprogrammed to their original stem cell state) are underway in Japan, which has invested more than $1 billion in this kind of cell-based therapy and streamlined its regulations to move things along more quickly. The Americans are all in. The Viacyte project blossomed from California’s $3-billion investment in stem cells over 10 years through the California Institute of Regenerative Medicine, whose mantra is “turning stem cells into cures.” Everywhere, the focus has moved well beyond pure, basic research. In the United Kingdom, which already has a Strategy for Regenerative Medicine, the House of Lords has recommended Britain “take action now” by streamlining regulations, enhancing support for clinical trials and backing innovative funding models to prevent falling behind the United States and Japan.

Canada’s role in all of this is vital. We have enormous scientific credibility, given that Canadians virtually founded the field: James Till and Ernest McCulloch proved the existence of stem cells more than 50 years ago at the Princess Margaret Hospital and went on to train and inspire subsequent generations of scientists who have positioned Canada at the leading edge. People like Tak Mak, who revealed the secrets of the T-cell receptor and is working on a new class of “sharpshooter” cancer therapies that kill only diseased cells, and John Dick, whose discovery of cancer stem cells triggered a worldwide rethink of how to keep tumours from coming back, trace their scientific lineage directly to Till and McCulloch.

We are well organized on a number of fronts. Over its 14-year run as one of Industry Canada’s Networks of Centres of Excellence program, the Stem Cell Network succeeded in creating a multidisciplinary and cohesive research community out of Canada’s far-flung but top-tier scientific talent — a significant advantage in the global race for improved health and prosperity. Strategic investments in other organizations, such as the Centre for Commercialization of Regenerative Medicine and, more recently, the CellCAN Regenerative Medicine and Cell Therapy Network, have positioned Canada to lead in the next wave. Our infrastructure, largely because of bricks and mortar investments through the Canada Foundation for Innovation, is suitable for conducting the kind of large-scale clinical trials required. Entrepreneurs have also stepped up their game. STEMCELL Technologies of Vancouver started out supplying tissue culture media to the nearby Terry Fox Lab. It now generates $100 million in annual sales, employs 650 people and conducts business in 80 countries.

The benefits to be accrued in terms of health and economics are considerable if we get organized and align investment. Canada will become a destination for clinical trials to safely test new cell-based therapies under rigorous and robust regulations and controls — instead of seeing desperate Canadians travel abroad to receive experimental treatments in countries with lax regulatory regimes. Canadians could then be first in line to get access to new stem cell treatments as they are proven safe and effective. Because stem cell-based therapies are aimed at curing the condition and not merely managing its symptoms, the introduction of these treatments could go a long way to easing the strain on a health care system that simply can’t continue bending without breaking. 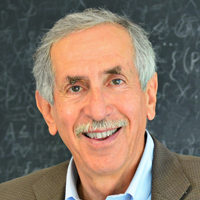