The COVID-19 crisis is a chance to use federalism more intelligently, so we can better respond to our healthcare and climate change challenges. by Gregory P. Marchildon, Peter Bleyer August 4, 2020
Share

The COVID-19 pandemic has given Canadians an unprecedented look at our federation at work. And while our federal and provincial governments have worked far better together than their equivalents south of the border, we have a difficult road ahead of us.

But we should think of federalism more as a means than as an end in itself. So if the current approach to our federation prevents us from responding effectively to a pandemic or a climate emergency, for example, then it needs to be challenged.

Canada as a whole has performed poorly when it comes to public health surveillance and data sharing. Data on COVID-19 has not been consistently collected, categorized or disseminated. Despite all the lessons we should have learned from SARS, out of which we established the Public Health Agency of Canada, we seem to be missing the federal-provincial-territorial collaboration necessary for our governments to decide on the right reopening policies and quickly address the inevitable hot spots when new outbreaks occur (and they will).

Meanwhile, in the saddest chapter in the Canadian pandemic story so far, long-term care facilities have accounted for over 80 percent of pandemic deaths. A race to the bottom driven by austerity in this mainly provincial sector has led to long wait lists for public care, and to for-profit operators stepping in to provide beds to those who can pay. The pandemic is now the Grim Reaper as the majority of COVID-19 fatalities have come from these private facilities and this short-sighted approach.

COVID-19 has exposed many more of our federation’s weaknesses, including our failure to provide adequate income supports and childcare and our dismal approach to migrant labour and food production. None of this is new, but we can no longer close our eyes to the fragility of the social and economic infrastructure Canadians depend on.

If federalism is going to be mobilized to achieve urgent policy solutions, we need to challenge three incorrect assertions about our federation that get wheeled out, time and again, to obstruct needed progress.

These falsehoods about federalism feed turf wars and limit the prospects for the kind of pan-Canadian mission-driven public policy that puts the health and well-being of Canadians, their communities and the environment that sustains them first.

So how can federalism serve to build a resilient Canada that can hold up under the strain of a pandemic or the climate emergency?

First, it is long past time to get serious about closing the gaps in medicare. After dealing with the urgent business of finally requiring the common standards and modernization in health data and testing that have been sorely lacking, the federal government should immediately press ahead on implementing national pharmacare and fixing long-term care.

The pandemic has revealed the long-standing weakness of our provincially based long-term care (LTC) system and the need for national standards. As a Royal Society of Canada report published in June puts it, “We have a duty of care … to fix the sector that enabled that crisis to wreak such avoidable and tragic havoc.” An independent commission should be convened to study and make public recommendations within a year. We need a quick but detailed study comparing LTC systems and policies in thirteen provinces and territories to guide the new pan-Canadian standards that will drive improvements everywhere.

Meanwhile, the fallout from COVID-19 — increasing demand for treatment just as millions lose their private plans — makes pharmacare more urgent than ever. The Trudeau government already has two reports in hand, one from Parliament and one from its own advisory committee, and both recommend a single-payer national plan. The time for study is over. We need to get to the table and finalize the design and delivery of national pharmacare. Addressing these two gaps in medicare would be a major step forward after 40 years of resting on our laurels.

Second, we need to make rapid progress in decarbonizing our economy to tackle the climate emergency before it is too late. Canada has missed every greenhouse gas reduction target set to date, and this economic crisis has dramatically raised the stakes for those dependent on carbon extraction for their livelihood. A Canadian Climate Accountability Act, as proposed by a coalition of environmental groups, would set a national carbon budget and lead negotiations to establish similar budgets for each province and territory. Adoption of such legislation would be a big step in the right direction.

Federalism’s strength is the potential to design policy to reflect regional realities and meet regional needs. Setting subnational carbon budgets will be challenging, but it will help move us beyond endless jurisdictional turf wars over carbon pricing to a focus on productive and job-creating measures like energy efficiency programs and the transition to renewables.

The federal government can make real progress by building on the model of its own Just Transition Task Force. It engaged directly with the workers and communities that depend on coal extraction to understand their concerns as the basis for developing targeted regional solutions — for example, new geothermal plants in Saskatchewan that meet carbon targets as well as local needs.

But Canada’s ability to mobilize to meet major climate and health challenges is seriously hampered by glaring gaps in our model of multi-level governance. Leaving Indigenous peoples and cities on the outside looking in has contributed to dangerous democratic and infrastructure deficits. Municipalities and Indigenous peoples and their communities are on the front lines when it comes to preventing and responding to public health emergencies. And without leadership from our cities on public transit, energy efficiency and renewable sources of energy, critical carbon reduction targets can never be met.

Our federation’s democratic deficit is particularly concerning as we come up against difficult decisions and actions that require broad public support. Whether it is wearing masks and practising social distancing to battle a pandemic or facing down powerful corporate interests to implement policies like pharmacare or decarbonizing a $1.7-trillion economy, public trust and buy-in require transparency and accountability.

Let’s move forward with an independent commission reporting to all Canadians on the future of long-term care and with legislating a Canadian Climate Accountability Act. And let’s get to the table for open and transparent negotiations to implement single-payer pharmacare and set carbon budgets for which all governments can be responsible.

The COVID-19 crisis is an opportunity to use federalism more coherently and strategically to address long-standing weaknesses in healthcare and to meet the climate challenge. Canadian federalism is flexible by design and can be refashioned to better address our most urgent problems — without fear of offending the constitutional division of powers.

Citizens should demand that their governments get on with it. 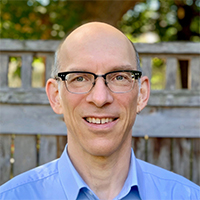 Peter Bleyer
Peter Bleyer is a past executive director of the Canadian Centre for Policy Alternatives, the former head of policy and communications for the Professional Institute of the Public Service of Canada and a former president of the Canadian Council on Social Development.
View all by this author
X