Through nuclear power and critical minerals, Canada can play a decisive role in helping Europe break its reliance on Russian oil, gas and coal. by Alex Simakov April 8, 2022
Share

In launching the invasion of Ukraine, Vladimir Putin has shattered the foundations of European energy security, the consequences of which will be felt long after his troops withdraw and international sanctions are lifted. The war has exposed Europe’s $1-billion-a-day addiction to Russian oil, gas and coal as a grave strategic vulnerability. Never before have security considerations aligned so overwhelmingly with the western alliance’s climate objectives.

How should Canada leverage its wealth of natural resources to play a constructive role in this transition?

The familiar answer from a chorus of western leaders is for increased North American hydrocarbon production, in particular from our oilsands, to displace Siberian supplies. Had this counsel been adhered a generation ago, the Keystone XL pipeline could be delivering 500,000 barrels per day of desperately needed supply – almost an eighth of Russia’s petroleum exports to the European Union, or the equivalents of Poland’s daily consumption. Energy East, the largest oil pipeline proposed in Canadian history, would have carried another 1.1 million barrels per day. But however dire the situation in Kyiv, it will not dislodge the entrenched opposition to new pipelines from environmentalists, the courts, progressives, or Quebec, all of which helped stall and ultimately kill these projects.

The grim reality is that Russia’s fellow autocratic petrostates are the main beneficiaries of this war. Saudi Arabia, with nearly tenfold more spare production capacity than Alberta, is perfectly content with near record-breaking prices and has declined U.S. President Joe Biden’s plea to increase output. The United States has turned to Caracas and Tehran. Just three years after endorsing a failed coup attempt against Venezuelan President Nicolás Maduro, they’ve sent a delegation to repair relations and revitalize Venezuelan oil fields. Similarly, the waiving of sanctions on Iranian oil will fill slush funds – historically used by the Revolutionary Guard to finance proxy militant groups including Hezbollah and the Houthis – and erode allied influence over its nuclear weapons program, potentially fueling another wave of instability across the Middle East.

Fifty years after the first oil shock, western democracies remain trapped in a vicious cycle of sabotaging one foreign policy objective in hope of salvaging another.

The situation with Russian natural gas, which hundreds of millions of Europeans continue to purchase daily to heat their homes, is even more difficult for North America to substitute. Natural gas can only be distributed overland by pipeline or overseas through highly capital-intensive liquified natural gas (LNG) facilities. The $14-billion Énergie Saguenay project would’ve been the first of its scale in Canada, capable of supplying 11 million tonnes annually, but was rejected by both federal and provincial regulatory authorities. Any Canadian pipeline project initiated to relieve Eurasian energy needs today would risk a similar fate before it could ever be completed.

Instead, for Europe to break its reliance on Russian hydrocarbons, it will have to define a new energy security paradigm using fuel switching and electrification. Canada has two major opportunities to play a decisive role in supporting Europe’s energy independence while advancing our climate objectives in the bargain.

With auspicious timing, Finland’s 1.6-gigawatt Olkiluoto-3 nuclear power plant was turned on last month, the first new European facility in over 15 years. In February, French President Emmanuel Macron pledged to construct up to 14 next-generation reactors and smaller plants. Former members of the Warsaw Pact are similarly eager for the technology, with Poland leading the charge.

Through the CANDU program, Canada was once a champion in civilian nuclear power, and we can be one again with small modular reactors (SMRs). The first, a 5-megawatt Micro Modular Reactor design, will be deployed in 2026 at the Canadian Nuclear Laboratories’ site at Chalk River, northwest of Ottawa, by Global First Power – a joint venture by Ultra Safe Nuclear Corporation and Ontario Power Generation (OPG). This will be followed by a much larger 300-megawatt project by GE Hitachi coming online at the existing Darlington generating station two years later.

New Brunswick will see the commissioning of two fourth-generation SMR designs starting in 2029, demonstrating the technical viability of recycling used fuel from older CANDU reactors. And in late March, in announcing A Strategic Plan for the Deployment of Small Modular Reactors, Saskatchewan Minister Don Morgan confirmed his government will be selecting a vendor to build up to four SMRs to help phase-out coal-fired generation in the province.

These provincially led projects create every opportunity for Canada to become a civilian nuclear powerhouse, developing the technology to decarbonize Europe – and the world. But these commitments barely total two gigawatts to date, smaller than a large gas plant, and we face fierce competition. China is furthest ahead with the world’s first SMRs, which came online last year. Russia trails closely behind. To achieve our most pressing geopolitical and emission reduction objectives, the federal government must invest in reaching economies of scale through further domestic adoption. Only when we reach cost-parity at home can we become cost-competitive with our exports abroad.

Likewise, Canada could displace Russia’s 35-per-cent share of the world’s enriched uranium market. Saskatchewan is home to the largest deposit of high-grade uranium on earth, and with proper regulatory support from the Canadian Nuclear Safety Commission and others, Northern Alberta would be an excellent home for the country’s first uranium enrichment facility. This would further improve North American energy security and ensure a reliable fuel supply for European nuclear power.

Perhaps Canada’s single biggest contribution to energy security would be to expand the extraction of critical minerals, which are essential to the energy transition. Ontario achieved a triumph last month in the announcement of the country’s first electric-vehicle battery manufacturing facility in Windsor – at $5 billion, it represents the single largest investment in the history of our auto sector. While every industrialized jurisdiction is competing fiercely for these projects, Canada has a unique advantage with our abundance of rare earth elements (REEs), such as the nickel used in batteries, platinum in hydrogen fuel cells, and niobium in electrolytic capacitors.

Dramatic fluctuations in the price and supply of these precious commodities already presents a major challenge for the global transition to sustainable energy, and the U.S. is exploring radical options to relieve shortages. The best way for Canada to increase reliability is by expanding our rare-earth element supply chain to include smelting, refining, and the manufacture of primary components for anodes and cathodes. These strategies are articulated in the Canadian Minerals and Metals Plan and Ontario’s Critical Minerals Strategy, which should be implemented at a wartime pace. As Europe accelerates construction of renewable energy assets to replace Russian fuel, Canada must demonstrate our reliability to supply their corresponding growth in demand for new raw materials.

Reforms to the Canadian Environmental Assessment Act and streamlining protocols at the Impact Assessment Agency of Canada will be essential to improving results – as will offering every opportunity for First Nations to be equal partners in wealth creation. Mercifully, the highly volatile spot market may stabilize with the normalization of multi-year purchase agreements – such as the recent deal between Tesla and Vale to supply Canadian nickel – providing patient capital for long-term investments. In parallel with allies like Australia, our vast reserves can dislodge China’s growing monopoly over much of the sector. China controls two-thirds of the world’s cobalt refining capacity and manufactures four-fifths of the world’s solar panels. Accelerating the energy transition without addressing this strategic vulnerability would simply move the West’s existing resource dependency from the Persian Gulf toward Beijing.

Seizing these opportunities will require Canada to embrace a new paradigm at the intersection of energy security and resource development. Resolving our systemic inability to develop large infrastructure projects – fossil fuel or otherwise – is critical to achieving long-term prosperity. There must be a greater readiness to declare certain investments as essential to national interests, and wield the authority of the federal government as a supporter, rather than mere arbiter, of their completion. A great number of granular reforms, such as more equitably allocating consultation costs between proponents and interveners, would improve timelines. Meanwhile, our foreign policy must recognize the limitations of our state capacity. Two decades of political obstruction means we will never realize the full geopolitical potential of Canadian oil and gas.

For the first time, Europe has the technical capability and political willpower to break its addiction to Russian hydrocarbons through electrification. Canada’s strongest opportunity to support this evolution is by accelerating the domestic deployment of SMRs and extraction of our critical minerals. If we develop these new capacities, we can establish ourselves as Europe’s supplier of first choice in the transition toward a cleaner future. 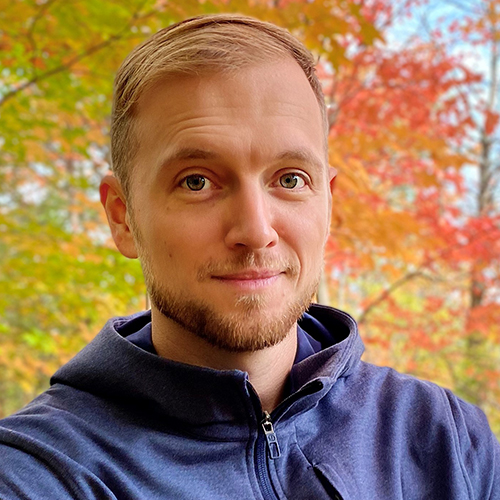 Alex Simakov
Alex Simakov is a senior associate with the energy and environment practice at Sussex Strategy Group, and former policy adviser to Ontario’s minister of energy, northern development and mines. Twitter @Alexei_Simakov.
View all by this author
X