What the world gets wrong about China and climate change

chinadialogue.net: How has China’s role in the global response to climate change evolved over the past decade?

Zou Ji: I divide it into three stages. First, from 1989 to 1995, China learned about climate change and started to participate in international discussions. It mainly went along with the global process. Then, from 1995, when substantive climate negotiations started, to the Bali roadmap in 2007, China shifted from adjustment and familiarization to active participation in response to calls from other countries. During the negotiations over the 1997 Kyoto Protocol, the Chinese media commonly rejected the demands and requests of the international community, and that made a deep impression on other nations. Since 2007, China has become more active, entering a stage of full and positive participation.

Driving this last stage has been the global trend towards low-carbon development and, more importantly, a change in domestic circumstances.

During the 10th and 11th Five-Year Plans, China’s economy grew exponentially, bringing alarming increases in energy consumption, spending on power plants and emissions. Ten years ago, China had less than 500 gigawatts of generating capacity — now it has over 1,000 gigawatts. In six or seven years, more capacity was added than in the 50 years after 1949.

Those figures are enough to rattle any economist or China expert. Coal is China’s primary source of energy, and those hundreds of gigawatts of power rely on the burning of coal. Huge numbers of people are at work in coal mines, both large and small, and about half of rail freight capacity is used to move coal. That’s quite something. In the early 1990s, China was an oil exporter. Today, we depend on imports for almost 60 percent of our consumption. This is unimaginable, in terms of oil price, economic cost and energy security. We have hit the limit of this type of growth.

So China has started to rethink things. The decades leading up to 2050 are crucial for China’s shift from a middle-income developing country to a middle-income developed country, and we can’t yet be sure we’ll hit that goal. What we can be sure of is this: if we carry on with our current model of development, there’s little chance of success.

chinadialogue.net: Cutting emissions isn’t easy for an industrializing and urbanizing economy. Is the rest of the world asking too much? What’s China’s actual ability to reduce emissions?

Zou Ji: The international community has some misconceptions, such as believing China is now a developed nation. This could mean China ends up taking on more global responsibility than its capabilities allow. We’ve held the Olympics and sent astronauts into space, but you can’t look at the richest parts of Beijing and Shanghai and assume the whole country is like that. The welfare of hundreds of millions of rural residents isn’t yet assured. Health care, unemployment benefits, pensions, all of these are weak. Many Chinese people have no safe drinking water, and our per capita GDP ranks around ninetieth globally. Overall, China is still a developing nation.

Another important disadvantage is the make-up of our natural resources. Brazil gets 90 percent of its energy from hydropower. It is fortunate enough to have those resources. If China could replace coal with oil as a primary source of energy, emissions would drop by one third. If we could replace coal with natural gas, they would drop by two-thirds. But China’s main resource is coal. We only have limited amounts of other sources of energy, and obviously a reliance on imports is unrealistic. Moving to clean energy is a massive challenge.

Meanwhile, we still need to urbanize and educate hundreds of millions of rural residents. Quality of life needs to be improved. There can be no disagreement about that.

Domestically, there are two dangerous trends we need to steer clear of. One is sticking too rigidly to our traditional way of doing things. The other is changing too quickly, trying to create a low-carbon economy in a Great Leap Forward manner and misjudging China’s circumstances and technological ability.

China can only do its best as it is able. Moving too quickly will actually hold back low-carbon development.

chinadialogue.net: Historically, EU countries cut emissions by exporting production. We can’t do that this time, so where can China cut emissions?

Zou Ji: Through technological advances. Energy efficiency will be the key battlefield.

Increased manufacturing and urbanization will continue for the foreseeable future. What would be the easiest way to cut emissions? To send everyone to the fields overnight. But that’s not possible, that would just increase poverty. Some expectations are oversimplistic. China still needs to supply safe drinking water for hundreds of millions of rural residents and ensure houses don’t collapse in medium-strength earthquakes. More concrete and steel means more energy consumption — that’s the basic situation.

And energy-hungry EU and US lifestyles have had a huge impact. They have a sense of superiority and leadership, and their culture informs the youth of developing nations — the consumers, managers, chairmen and professors of the future. Every day they see adverts for cars, big houses, SUVs, for high consumption, and they think that’s what success is.

If we’re going to change things, then the world needs to act together and change our ways of life.

What the world gets wrong about China and climate change 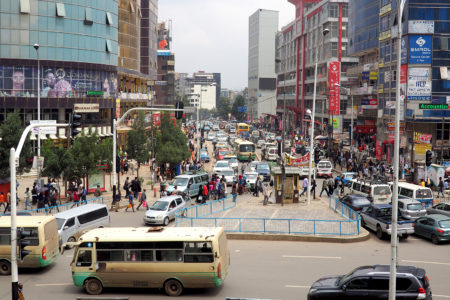