In September’s speech from the throne, the federal government announced “a significant, long-term, sustained investment to create a Canada-wide early learning and child care system.” We were told that the government will “learn from the model that already exists in Quebec.”

So, what is “the Quebec model” of child care? Is it the not-for-profit, low-fee, directly funded child care centres (the CPEs, les centres de la petite enfance) established in 1997 as the heart of a new system? Is it the for-profit child care centres with controlled fees that also receive direct funding? Or is it the wild west of profit-seeking child care centres without regulated fees that have multiplied ten-fold in Quebec since 2009? (Over the same period, spaces in low-fee centre-based CPEs have risen by only about 25 per cent.) Is it the strong reliance on low-fee small-group child care services provided in family homes? Is it the kindergartens for four-year-old children established in some low-income neighbourhoods?

If we are going to follow Quebec, which of these initiatives should we follow and which should we avoid? Which parts of the Quebec system have worked well and which not so well?

The plan in Quebec was to provide comprehensive support for families and children, but also with a strong thrust toward gender equality and parental employment, and an emphasis on care by parents in a child’s first year, then educational child care after that. All children were eligible for the low-fee spaces, not just those with employed parents or parents in school.

It was a very ambitious plan and a large part of it has been achieved. However, child care for children 0-4 years old in Quebec has not turned out as planned.

Parents cannot necessarily get the type of care they prefer. There are long waiting lists to get a space in the CPEs, which are usually of good quality and now cost $8.50 per day. CPEs provide only about 32 per cent of the spaces for children 0-4. Overall, including for-profit and not-for-profit centres and regulated family homes, there is now sufficient supply for children 0-4 to meet parental demand, but not sufficient good quality care. Family child care accounts for 29 per cent of care. There is also a large and growing sector of for-profit centre-based child care (39 per cent) – bigger than not-for-profit centre care.

It is now clear across numerous studies that for-profit centre-based child care (whether for-profits that charge low fees or unregulated fees) is of substantially worse quality than that in the CPEs. There are many reasons, but this is a well-established fact. It is also clear that the child care provided in family homes is on average of lesser quality than in the centre-based CPEs.  So, the Quebec child care and family policy system has been positive for maternal employment, family incomes, the support of families and the reduction of poverty. But for children, the positive effects of “educational child care,” as it is called, have been uneven, depending on which services they are able to access. Lower-income families have disproportionately ended up with lower-quality care for their children.

So, what went wrong? Or, to phrase it differently, what lessons should federal and provincial governments learn from Quebec?

In the simplest terms, Quebec tried to do too much too fast. It ended up taking short cuts that harmed the development of the child care system. In 1997, just before the reforms, there were enough spaces to serve the needs of only 15 per cent of Quebec’s young children. However, with a transition time of only three years, Quebec attempted to offer $5 per day child care to every child in the province 0-4 years of age.

The program was incredibly popular. Nearly every family that was using some other type of child care wanted to use low-fee child care instead. Many mothers who couldn’t afford to take a job before the reforms decided that they wanted to be employed and use child care. In fact, nearly 70,000 additional mothers entered the ranks of the employed. Waiting lists to get into the existing spaces became very long.

The Parti Québécois government wanted the CPEs to be the community-based, parent-controlled heart of the new system, but it struggled to respond to the demand. It was hard to recruit enough trained staff to expand CPEs quickly; compensation was raised substantially to attract new educators; and qualifications to become an early childhood educator were loosened; but it still took time. The government “rented” spaces from for-profit child care centres to offer them at $5 per day. The initial plan was that this would be temporary, but it has become permanent. It was easier to expand family child care than any other type of care, so family child care mushroomed, even though there were fewer controls on quality. Providers who had worked in the informal market (many of them parents with young children at home) became licensed family child care providers, but there were few requirements for training and upgrading.

In April 2003, the Parti Québécois, which had ushered in the reduced-fee child care program, was defeated in a provincial election, and Jean Charest, at the head of the conservative-minded Quebec Liberal Party, came into office. The moratorium on the expansion of for-profit child care, initiated by the Parti Québécois to establish the community-based direction of the system, was lifted by the incoming government. An existing tax credit for child care expenses was made more generous for those not using Quebec’s low-fee services. This move attracted for-profit providers who wanted to be outside of the low-fee system (which also had greater regulation of quality and monitoring of performance).

Even in the CPEs, the early years were chaotic because of the number of things changing at once. As Jocelyne Tougas, former executive director of the Child Care Advocacy Association of Canada, put it in 2002: “The sector was thus in a state of upheaval…the problems were many and persistent.”

The major thing that Quebec got right – the transformational change – was making licensed child care extremely affordable for Quebec families, both at preschool and school ages. It did this by funding services directly, so centres did not have budgets largely reliant on parent fees. This transformed Quebec child care into a publicly funded service. The network of CPEs, the higher-quality not-for-profit child care services, has had important positive effects on children’s development. The not-for-profit CPEs were and are the jewel in the crown – typically good quality, well-managed child care centres that are so popular with Quebec families.

In addition, from January 2006, Quebec has had a parental insurance plan more generous, flexible, and inclusive than in the rest of Canada, and more encouraging of fathers’ participation.

However, the rollout of child care services and funding had real problems in Quebec. Our conclusion is that problems of transition can matter enormously for major child care reforms. Evidence-based policy planning needs to account both for the desired destination and the path to the destination. Quebec’s child care reform experience shows that developing excellent theoretical models of child care funding does not guarantee that the plans will not go awry.

The Quebec plan to directly fund community-based not-for-profit services and to dramatically improve affordability was the right direction in which to head. The rest of Canada would do well to follow. Yet, the moral of the Quebec story is that issues of transition matter enormously. A slower phase-in of affordability may not be as popular because all families want help now. However, phasing-in can permit governments and the child care sector to increase the capacity of quality services, and to recruit trained staff to provide these services. Building a quality, well-regulated and monitored child care system takes time, but it is key to the positive experiences of children and parents. 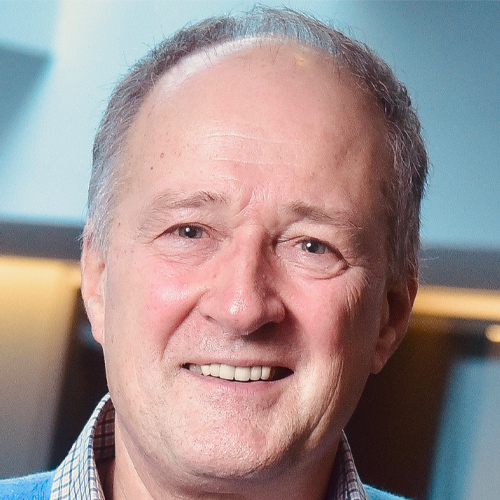 Gordon Cleveland
Dr. Gordon Cleveland is emeritus associate professor of economics at the University of Toronto Scarborough, and a member of the Expert Panel on Early Learning and Child Care Data and Research He is also president of Cleveland Consulting: Early Childhood Education and Care Inc.
Tous les textes de l’auteur(e) Christa Japel
Christa Japel is a professor at the Université du Québec à Montréal. She is a well-known expert on the quality of early childhood environments and programs to improve services
Tous les textes de l’auteur(e)
X