The price of prescription medications remains highly controversial, particularly because Canada has the third-highest per-capita expenditures in the OECD. In an effort to rein in these expenditures, the federal government has recently initiated consultations on proposed regulatory and functional changes for the Patented Medicine Prices Review Board (PMPRB). While we agree that the methods presently used by the PMPRB are outdated, we believe the proposal to incorporate health technology assessment (HTA) into how it sets price ceilings is highly problematic.

The PMPRB is a federal quasi-judicial tribunal mandated to ensure that prices of patented drugs are not “excessive.” It was created in 1987 in response to concerns that changes in patent laws would lead to higher drug prices. Since then, it has largely succeeded in making Canadian prices for patented drugs in the midrange of seven comparator countries. On the few occasions when the PMPRB could not obtain voluntary compliance, it has succeeded in ordering price rollbacks and offsets of excess revenues through legal proceedings.

Many have questioned whether a system designed for the 1980s continues to be relevant and appropriate today. The PMPRB may be the only drug price regulator in the world that is not responsible for managing a drug plan. It was never intended to replace the role of individual drug plans — both private and public — in making decisions about which drugs they will cover. Globally, there has been a significant move to negotiations between drug plans and manufacturers for confidential rebates off list prices in order to lower costs for some payers while concealing true net prices. Thus, the international comparisons the PMPRB relied on have become seriously antiquated.

Canadian drug plans have moved on. Public drug plans now negotiate price discounts with manufacturers in exchange for listing drugs for coverage. These negotiations rely on HTA reviews conducted nationally by the Canadian Agency for Drugs and Technologies in Health (CADTH) that assess the value for money provided by new drugs. These reviews consider the evidence of health benefits from a drug versus how much it costs, and then make a recommendation to public drug plans: whether to pay for the drug, or request a reduction in price, or not list it for coverage. To date these confidential negotiations have resulted in big savings for the provincial and federal governments:  nearly $2 billion through pan-Canadian collaboration.

Recently, private plans have started to follow suit, evidenced by initiatives such as Manulife’s DrugWatch program, which also uses CADTH reviews. These approaches to manage drug expenditures in Canada parallel those used in other countries, particularly those that provide universal public drug coverage. Under today’s framework, the PMPRB thresholds essentially set a starting point for these negotiations with payers. This comparatively minor role in the marketplace has led to significant criticism about the effectiveness and relevance of the PMPRB.

So, where does this leave the PMPRB? Recently, there has been an increasing focus on ensuring that public sector health organizations are “fit for purpose” in their mission and goals. One important observation is that public organizations are hard to wind down once their original mission is complete, and they are left scrambling to justify their existence and to move outside of their original mandate. Importantly, however, “the question of whether new work duplicates other efforts or would be better undertaken elsewhere is too often unasked.”

The new measures proposed by the PMPRB represent exactly this type of development. The two most significant changes in the proposed regulations include the addition of countries to the list of international comparators and a move to include HTA as a factor in determining if a price is excessive.

The addition of comparator countries represents an administratively straightforward change that is consistent with the PMPRB’s legislative framework, and that could have a significant impact: the currently proposed comparator countries could lower list prices by 22 percent. There is an argument to be made that protecting cash-paying Canadians from excessive list prices (which, of course, they still often pay) remains a meaningful activity.

The other major change — the addition of HTA — is not only a major divergence from the PMPRB’s original mission, it also may also have significant unintended consequences. Under the current proposals, cost-effectiveness studies could be used to determine the price against an explicit threshold. While the updated price would be confidential, the manufacturer would be obliged to report all confidential rebates to the PMPRB. New data could be incorporated into these adjustments on an ongoing basis, changing the price threshold that would be considered excessive.

These proposed changes are problematic for three key reasons. First, HTA has been developed for use by payers considering the needs and perspective of the drug plan; the PMPRB is not a payer, so whose perspective should it consider? Are the needs of a public plan that covers specific populations the same as a private plan, offered as part of an employee’s benefits package? Probably not: a public plan would have much more concern for hospital and physician costs, while an employer might place more value on reducing workplace absenteeism. A one-size-fits-all approach is unlikely to reflect adequately all of these views.

A second problem is that the PMPRB would essentially use HTA as the primary factor in calculating an allowable “nonexcessive” price. However, HTA is not suited to establishing a precise price, as studies are highly dependent on the assumptions and variables that go into the analysis. CADTH recommendations often show a range in the cost-per-QALY (quality-adjusted life year) calculated with different ratios under different conditions. As such, HTA is typically used to inform negotiations on the conditions and criteria for coverage and the price, but not as the sole factor in setting a price. The proposed PMPRB changes would do away with this necessary pragmatism, as the PMPRB does not make any listing decisions.

Third, the PMPRB’s legal framework essentially requires it to rely on voluntary compliance by manufacturers. In most cases, manufacturers are able to determine a nonexcessive price prior to marketing with certainty; the incentive to comply is very high given that the alternative is a lengthy public hearing, and potential appeals that can last many years at great expense to all parties and have an uncertain outcome. In contrast, HTA studies are often too imprecise at the time of launch to allow the certainty that is necessary to make a business decision on when or if to launch a new drug. While under the existing system price ceilings are predictable, under the proposed guidelines they would be highly uncertain.

In sum, each of these three concerns suggests that the proposed changes would introduce significant uncertainty into the marketplace. Market uncertainty caused by imprecise rules and the potential for lengthy legal proceedings may discourage manufacturers from marketing new treatments in Canada, in particular treatments for genetic and other rare diseases. Some of these treatments may not be worth what is being asked or warrant reimbursement, but decisions about value should be made by those charged with actually managing drug budgets — be they public or private insurance plans.

The government’s proposed use of HTA by the PMPRB would be duplicative, disruptive and potentially harmful. While promising lower drug prices may be good politics, it does not serve Canadian health care if done in isolation from purchasing decisions, and without considering the potential unintended consequences. Drug purchasing decisions should consider value for money across the board. The PMPRB, however, is the wrong place for these decisions to be made.

Michael Law received salary support through a Canada Research Chair and a Michael Smith Foundation for Health Research Scholar Award. He has consulted for Health Canada and acted as an expert witness for the Attorney General of Canada. Wayne Critchley has consulted for multiple pharmaceutical and medical device companies; served as executive director of the Patented Medicine Prices Review Board from 1990 to 2005; and currently serves as board chair of the Canadian Organization for Rare Disorders. Michael Law
Michael Law is the Canada Research Chair in Access to Medicines at University of British Columbia’s Centre for Health Services and Policy Research.
View all by this author Wayne Critchley
Wayne Critchley is senior associate, Health and Life Sciences, with Global Public Affairs. He served as executive director of the Patented Medicine Prices Review Board from 1990 to 2005 and vice-president at the Canadian Agency for Drugs and Technologies in Health in 2009.
View all by this author
X 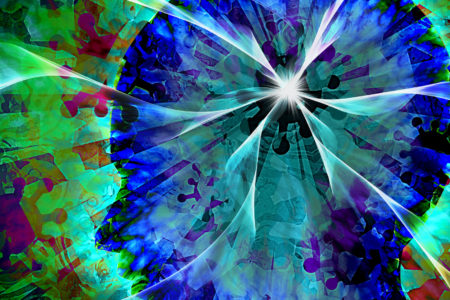