The Greens and New Democrats have voiced support for decriminalization. Now’s their chance to press the Liberals for this and for a safer supply. by Guy Felicella November 8, 2019
Share

Last month, the latest numbers on the overdose crisis in Canada confirmed that overdose fatalities are continuing unabated. Nearly 13,000 Canadians died between January 2016 and March 2019, and, disappointingly, little was said during the federal election about how we’ll stop further deaths.

As someone in recovery from opioid addiction who nearly became one of those thousands, it was beyond frustrating to see our federal parties’ platforms fall so short. With a new, minority government elected, there’s an opportunity to address what the campaigns lacked. If the new government is serious about ending the overdose crisis, it must take steps to address the poisonous drug supply that is killing Canadians every day.

During the election, the Greens and New Democratic Party talked seriously about decriminalizing drug possession. This is a welcome development, and it is an indication that some federal party leaders are finally ready to treat the overdose crisis as the emergency that it is. It’s now time for these parties to pressure the governing Liberals to make this a priority for the new government.

Criminalizing possession for people with addiction – even through drug courts – perpetuates stigma and prevents those people from using essential health services. Senior health officials from across the country have said that decriminalization is a crucial measure in ending this crisis.

Though decriminalization is a necessary condition for significantly decreasing overdose deaths, it alone will not end this crisis. More than 4,500 people who died of an overdose in 2018 were killed by drugs contaminated with fentanyl. As long as these toxic drugs continue to circulate, people will continue to die. Decriminalization is step one. The next – and necessary – step is to provide people who use drugs with access to prescription-based safer-supply programs.

Through programs like this, people struggling with addiction would be prescribed pharmaceutical-grade opioids by a health practitioner. They would know what they are using and they would be empowered to use safely – more safely than resorting to the illegal, unregulated and criminally controlled drug market.

Importantly, they would know where their next fix is coming from and could break free of a relentless cycle of crime, drug use and the agony of withdrawal. I was caught in that cycle for years. A prescription-based safer-supply program could have helped me achieve stability so that I could focus on getting well, secure housing and employment, and reconnect with my family – things that many of us take for granted but were impossible for me in my addiction. It could have turned my life around. It pains me to think of all of the years I lost.

The benefits of prescription-based safer-supply programs are borne out by mountains of science. Real-world trials of these models have shown that they help people to stay on treatment better than substitution drugs like methadone, and they significantly reduce the risks of fatal overdose. They provide people with the stability they need to seek work and housing, improve personal relationships, and to end their dependence on crime and illicit drugs. So not only do prescription-based safer-supply programs preserve lives – they also allow people to make of the most of their lives.

The previous government removed some barriers to providing a medicalized safer supply of drugs, but more improvements urgently need to be made. Only a few hundred people benefit from these safer-supply programs – only a fraction of those who could benefit. This is mostly because of a lack of political will to get rid of unwieldy bureaucratic processes, to address procurement issues, and to improve training and awareness among health professionals across the country. Our federal government could easily commit to cutting this red tape and funding safer-supply programs across Canada.

Of course, a medicalized safer supply is not going to help everyone: experts agree that to significantly reduce deaths associated with substance use, we must end prohibition entirely. A legally regulated drug supply would ensure that all people who use drugs know exactly what they’re taking, including those who can’t or won’t use the health system for fear of being stigmatized. Though prescription-based safer supply programs might not benefit everybody, they could be a lifeline for some who have reached the end of their tether.

It’s past time for our leadership in Ottawa to commit decisively to expanding the continuum of care to include safer supply. This new government has a chance to right past wrongs and significantly reduce the suffering and deaths brought about by a toxic drug supply. It has an opportunity to send a message to people living with the isolation and hopelessness of severe substance use disorder: “You are more than your addiction. Someone cares about you.” 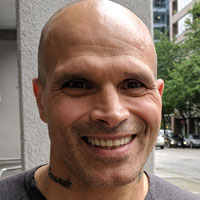 Guy Felicella is a former heroin user and is now an activist, speaker and public-health consultant. He works as a peer clinical advisor with the British Columbia Centre on Substance Use.