The Clean Fuel Standard’s impact has been overstated

Imagine an environment minister meeting with her three deputy ministers to design a policy package to reduce emissions from vehicles. The proposal of one deputy will reduce emissions 10 percent, another 15 percent and the other 20 percent. Each policy has a different name and claims to cause emission reductions in different ways, albeit all from vehicles. The minister decides to implement all three policies and publicly announces a total reduction of 45 percent.

Are you suspicious? You should be.

If several individual policies each target emissions in the same sector (electricity, transportation, buildings, for example), their combined effect is likely to be significantly less than the sum of what each policy would achieve if applied in isolation. Indeed, it is entirely possible that the combined effect of the three policies in this scenario would be 20 percent rather than 45 percent. The policy that would achieve 20 percent does just that, and adding the other two policies has no effect.

We collaborate in analyzing energy-climate policies alone and in combination. In analyzing Canada’s proposed Clean Fuel Standard (CFS), we have found important interaction and combination effects among policies. The objective of the policy is to reduce Canada’s annual emissions by 30 million tonnes (30 Mt) of carbon dioxide equivalents by 2030. But we estimate that, as currently designed, it will reduce emissions by only 7 Mt at best once the effects of existing federal and provincial policies are factored in.

The Clean Fuel Standard was conceptualized in 2016 as part of the Pan-Canadian Framework on Clean Growth and Climate Change and has been undergoing consultation and review ever since. If the stated objective of the policy is achieved, it will account for about 15 percent of the 219 Mt that Canada needs to cut to achieve its 2030 emissions target.

The policy requires fuel suppliers to reduce the average life cycle carbon intensity of fuels sold (from extraction through production, delivery and final use). Fuels are divided into three streams:

Each stream has distinct requirements to reduce emissions intensity. To hit the target of 30 Mt, the policy seeks to reduce 23 Mt from the liquids stream, 5-6 Mt from the gaseous stream and the rest from the solid stream.

Fuel suppliers have several pathways to comply with the CFS. These are some of the options:

By requiring a reduction in emissions intensity, the CFS targets emissions associated with fuel use across the economy but allows reductions to come from several places along the life cycle of the fuel. There are other policies, however, already in practice or on the books, that also target these various reduction opportunities. This can result in the kind of double counting portrayed in our opening scenario.

The likely reality of Canada’s CFS in practice

The CFS will interact with several federal and provincial policies that are different in name and mechanism but target the same emission reductions that will count for compliance under the CFS. This means that the emission reductions achieved by the CFS, after accounting for its interaction and overlap with other policies, will be much smaller than intended; that is what leads to our calculated reduction of only 7 Mt rather than the intended 30 Mt.

First, renewable and low-carbon fuel policies, including the federal renewable fuels regulation, BC’s low-carbon fuel standard and the renewable fuels regulations in a number of provinces (including Alberta, Saskatchewan, Manitoba, Ontario and Quebec), are already expected to achieve 8.9 Mt by decreasing the carbon intensity of fuels used in the transportation sector. Credits for these reductions will be eligible for compliance under the CFS but are not a result of the CFS.

Second, current renewable natural gas requirements in BC and Quebec will create another 6.1 Mt of emission reduction credits by decreasing the carbon intensity of the natural gas used in these provinces. These reductions are not driven by CFS implementation but will also be eligible for compliance under the policy.

Third, current zero-emission vehicle sales mandates in BC and Quebec, along with other federal and provincial (BC, Quebec) electric vehicle incentives, will create an additional 6.8 Mt of emission reduction credits by replacing combustion-engine vehicles with electric vehicles on the road. Once again, meeting the requirements of these policies will be eligible for credit under the CFS, but these reductions are expected to occur regardless of the implementation of the CFS.

Accounting for these three overlapping policies, we find that almost three-quarters of the emission reductions the CFS aims to achieve will already be achieved without it.

Fourth, there are other existing policies and trends that are expected to achieve another 1.2 Mt of reduction credits. These include carbon pricing, federal vehicle emission regulations and others listed in our note at the end of this article, as well as market and behavioural forces that encourage zero-emission-vehicle adoption in the absence of policy.

This leaves a remaining 7 Mt of emission reductions that could occur with the addition of the CFS, as shown in figure 1.

We think that our estimate is conservative in that it is likely to over-attribute reductions to the CFS. The interactions in figure 1 are exclusively between the CFS and “downstream” policies intended to reduce emissions from sectors where fuel is consumed. However, as mentioned above, the CFS will further allow for certain “upstream” abatement actions that reduce emissions from sectors that supply fuel to generate eligible credits. For example, electrification of upstream natural gas production in BC, which is driven by the province’s CleanBC strategy, is expected to reduce emissions from the natural gas sector, and these reductions would be eligible for compliance under the CFS. If these additional reductions are accounted for, the actual incremental effect of the CFS will be even lower than 7 Mt.

In the end, the CFS could be much ado about nothing.

Mark Jaccard, a distinguished professor and director in the School of Resource and Environmental Management at Simon Fraser University and a Fellow of the Royal Society of Canada, contributed to this article. 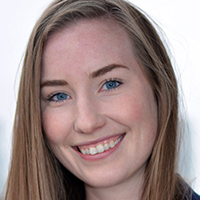 Brianne Riehl
Brianne Riehl is communications manager at Navius Research in Vancouver. Navius specializes in informing decisions about energy and the environment through quantitative modelling and impartial analysis.
View all by this author Aaron Hoyle
Aaron Hoyle is a graduate student at the School of Resource and Environmental Management at Simon Fraser University.
View all by this author Jotham Peters
Jotham Peters is managing partner of Navius Research in Vancouver. He specializes in energy-economy models and the analysis of energy and climate policies.
View all by this author
X

The Clean Fuel Standard’s impact has been overstated