While many nations around the world are taking water governance seriously as a domestic and global issue, Canada is largely absent from the discussions. by Carolyn Johns March 22, 2018
Share

Representatives from more than 70 countries, are meeting this week at the eighth annual World Water Forum in Brazil, and overlapping with World Water Day. The forum identifies global water issues and trends, discusses strategies and reflects upon what these trends mean for transboundary and domestic water. It’s also a platform for international organizations like the United Nations General Assembly to launch the International Decade for Water, and for UN Water to release its annual World Water Development Report.

The OECD has developed 12 Principles of Water Governance and is releasing its new set of Water Governance Indicators (WGIs) at the Brazil gathering. It’s all aimed at encouraging government officials and water stakeholders everywhere to assess their current water governance efforts and identify areas that require improvement and action.

What is clear from these events and initiatives is that while many jurisdictions around the world are taking water governance seriously as a domestic and global issue, Canada is largely absent from the discussions.

This is surprising given the significance of water to Canada. With more than one million lakes (including the Great Lakes), rivers and aquifers, Canada has almost 20 per cent of the world’s freshwater. Canada has the longest coastline in the world and the Arctic waters in the North and Hudson Bay make us rich in salt water.

Ten years of the RBC Canadian Water Attitudes Surveys indicate Canadians consistently rank water as our most valuable natural resource. Similar polls conducted by Canadian and U.S. university researchers through a Great Lakes Basin-wide Survey and by the International Joint Commission through their Great Lakes Basin Poll suggest residents view North America’s largest and most urbanized freshwater system as central to their livelihoods and well-being. These studies all clearly indicate that the public recognizes the need for government leadership, and that all water users and citizens share responsibility for action.

And yet Canada has not been a leader on water governance at home or abroad in recent decades. (Almost 10 years ago, leading water policy thinkers outlined similar concerns in a special issue of Policy Options on Canada’s Water Challenges.)

In the 1970s and ’80s, by contrast, Canada was an active participant on the global water stage. Some of the most important agreements, laws, policies and governance institutions federally and provincially were developed during this time.

But these institutions are increasingly having trouble adapting to new realities.

Canada’s Federal Water Policy was written in 1987, yet it has not been implemented or updated in 30 years.

Some progress has been made in water infrastructure, applied water science research and innovation in the water sector. The 1987 Canada-U.S. Great Lakes Water Quality Agreement was updated in 2012, the Great Lakes Protection Initiative was recently established, and the federal government’s made a pledge to eliminate long-standing boil water advisories in First Nations communities by 2021.

These initiatives will yield significant returns in the coming decades. However, Canada’s Infrastructure Report Card indicates that additional investments are needed, and new governance approaches will be required.

And although provinces and territories have primary constitutional jurisdiction over water as a natural resource, and many have modernized their water policies and invested in the water sector in the past 20 years, future water challenges require local, provincial, Indigenous and federal leaders to work together.

Other jurisdictions around the world recognize that the coming decades require new approaches: A shift to green infrastructure, an increasing focus on wastewater as a valuable resource, creative thinking on new and smart technologies and engagement of all water-users and citizens. Next-generation water governance needs to focus more on the social, economic, political, behavioural and ethical aspects of managing water as a valuable resource.

Developing solutions to complex water challenges will be one of Canada’s major policy challenges in the future. We need a new generation of water thinkers, practitioners and leaders focused on creating, adapting, improving and advancing water governance at home as well as becoming global leaders.

Photo: An ancient Inuit inukshuk serves as a landmark for seafarers in a fjord of Baffin Island, Nunavut. Shutterstock/By City Escapes Nature Photo Carolyn Johns
Carolyn Johns is an associate professor in the Department of Politics and Public Administration at Ryerson University. Her research focuses on water policy and governance in Canada and the Great Lakes. She is also Chair of the Geoffrey Bruce Fellowship program in Canadian Freshwater Policy.
View all by this author
X 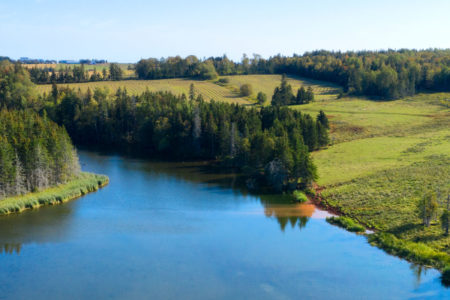