After being decimated by 90 per cent drops in passenger volume between March and November 2020, it appeared as if the aviation sector would finally get the direct government support it needed. The federal fall economic statement (FES) promised a range of remedies, including enhanced funding for small airports and rent relief for larger airports. A government-led forum for business leaders, the Industry Strategy Council, took it further, calling for longer- term support and innovative approaches to restart travel. Unfortunately, airports are still in a holding pattern, as the federal government does not seem to want to engage with its operators on a long-term plan for viability and competitiveness.

Starting with the positive, the FES outlined $686 million for airport infrastructure and $186 million over two years for the Airports Capital Assistance Program (ACAP), which helps maintain runways, purchase emergency/snow equipment and invest in other safety infrastructure. The program requires that airports provide a matching contribution of up to 50 per cent. However, since many of these airports have run through their cash reserves to survive, they have no cash to contribute.

According to internal member surveys conducted by the Canadian Airports Council (CAC), these funds fall well short of what is required. Our aggregate numbers show Canada’s airports will need $1.8 billion for safety, security and transit projects that are in the works or planned. These initiatives include runway-end safety areas (RESAs), which will reduce the risk of damage to planes should they over or undershoot the runway. RESAs are mandated by federal regulation and will cost an estimated $225 million nationally.

Another example of how current measurers fall short is that the federal government is providing $500 million for safety, security and transit at large airports, but one project alone already exceeds that amount. The train station for Montréal-Trudeau International Airport will cost $600 million, as mentioned in the FES. An additional $500 million is needed to extend it less than one kilometre to VIA Rail’s inter-city line.

According to the fall economic statement, air-sector workers have received $1.4 billion through the Canada Emergency Wage Subsidy (CEWS), but the CAC’s own review suggests much of this went to pay people to stay home in the early days of the pandemic. While an important tool to help individual Canadians, CEWS goes only so far with passenger traffic hovering at zero to 20 per cent of normal levels since March. As an example, one of our smaller airports has been losing $250,000 a month. The wage subsidy provided only one-fifth of that, at $50,000 a month. Meanwhile, municipal airports in Kelowna, Abbotsford and dozens of small communities are ineligible for CEWS and other federal COVID-19 programs simply because they are  owned by municipal governments.

The Highly Affected Sectors Credit Availability Program may be helpful for very small airports through loans of up to $1 million. The Regional Air Transportation Initiative will provide $206 million “to support regional air transportation” through regional development agencies, but details are unavailable and funds will surely be shared with airlines also in need.

Of the Canadian Airports Council’s 54 member airports, the federal government is deferring or waving ground rent for 22 of the busiest – the privately operated airports within the National Airports System (NAS). The government owns these airports while private, not-for-profit airport authorities operate them under long-term leases. These NAS airports must cover all operating and capital costs. They have invested more than $30 billion since 1992 to maintain and upgrade their infrastructure, providing the ability for Canadian air carriers to improve services. Better retail, food and other businesses were provided for travellers, and these maximize our airports’ commercial potential. Infrastructure is typically funded without government assistance, using revenues from operations and airport improvement fees (AIFs) paid for by travellers.

The NAS airports provide a hefty return to their government shareholder through rent, which provides up to 12 per cent in gross revenues, totalling $415 million in 2019, and $6.5 billion since 1992. Much of this comes from AIF revenues raised to build and maintain these government assets.

Although airports have cut capital programs and sadly laid off many staff, they continue to have high fixed costs related to regulatory requirements and long-term debt obligations. This is why dramatic drops in revenue from COVID-19 will result in $2.8 billion in projected additional debt for airports in 2020-21. For months, the CAC has warned that multiple years of rent waivers and operational support are needed to avoid serious financial challenges and cost increases for airport users.

For example, one of Canada’s medium-sized airports, which is currently losing $1 million every month, will save only $500,000 from rent next year with the government’s waivers – less than $42,000 a month, or 4.2 per cent of its losses. The FES waives rent for three years at the eight smallest NAS airports but none of these airports was expecting to pay rent next year anyway because they are  unlikely to reach the $5 million revenue threshold where rent begins. These 22 airports have been extremely profitable for the taxpayer. So why is the federal government neglecting its own assets? The perverse incentives built into the model do not help.

Given how the rent formula works, the government will now profit from added debt at a time when airports are trying to survive. When an airport borrows money, which it ordinarily does to fund capital investments, it must raise revenues to pay back principal and interest. All that revenue is subject to ground rent, which is paid to the federal government.

For example, one of our member airports will seek to raise $100 million next year to survive.  At an interest rate of five per cent, an additional $5 million in revenue is needed to pay interest in the first year. At a rent rate of 10 per cent, the federal government would realize $500,000 in additional rent from that debt. As Canada’s airports expect to add $2.8 billion in debt in 2020-21, profit from debt will generate $10 million to $20 million in additional rent for the federal government – an annual stream of income that continues until the loans are repaid. Canadian air travellers will shoulder the burden through higher costs. This should be corrected in the rent formula.

Ultimately, the answer is to rebuild the business. Canada’s airports and air carriers have been calling on the federal government since early summer for testing, to keep travellers safe, to rebuild confidence in air travel and to begin recovery. Even after all Canadians have been vaccinated, it may take years to control the virus globally, according to the World Health Organization.

According to the Government of Canada’s own figures, one in 11 Canadian jobs — more than 1.8 million — depends on the visitor economy. When pent-up global demand for air travel emerges later this year, how will Canada fare as we compete for that demand with countries that have supported their travel and tourism sectors? Airports in the U.S. have received the equivalent of $15.4 billion in direct grants, while the current trajectory in Canada sees heavily indebted airports and air traffic control, indebted airlines with much smaller fleets, and as many as 50 to 60 per cent of hotels, restaurants and other tourism businesses gone. High demand combined with reduced capacity means higher costs and a much less competitive tourism sector.

We face a long, debilitating path ahead if the federal government does not become a more engaged partner in the long-term viability and competitiveness of our air sector. This means we will be stranded for a long time, waiting for takeoff, disappointing the Canadian traveller. 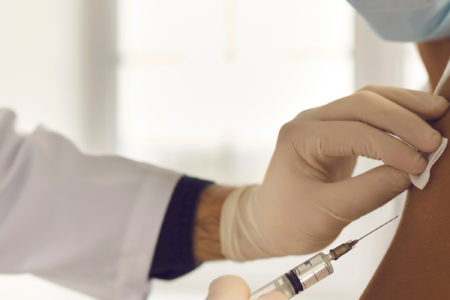