Forest fires are an urgent call to move away from fossil fuels. Several approaches can push the sector to play a more positive role in the transition. by Philippe Le Billon February 10, 2020
Share

Over the past two decades, Australia and Australian fossil fuel companies have massively increased their fossil fuel production  and plan to continue doing so, despite mounting evidence that the country is already badly hit by climate change. Australia is not the only major fossil fuel producer that could be contributing to its own demise. Concerns about massive forest fires caused by climate variations have long been voiced regarding the situation in the US, Canada and Russia. China, the world’s largest coal producer, chronically suffers from air pollution, which contributes to the premature deaths of a million people every year, and climate change has made it even worse. India, another major coal producer, is seeing deadly heatwaves hit larger parts of the country.

While climate youth movements clamour for decisive action, the latest UN climate-change conference, in Madrid – COP25 – ended in a deadlock. The sense of urgency and cooperation forged in the Paris Agreement seems lost, and the amount of planned fossil fuel production will create a major gap between levels that would help keep global temperatures from rising more than 1.5 degree C, a target in the agreement.

Canada is doing much more than Australia in terms of climate policies. Canada is still pursuing a country-wide carbon tax, while Australia repealed its carbon tax in 2014. Internationally, Canada regained some prominence during the Paris Agreement negotiations by pushing for a target of 1.5⁰C above pre-industrial levels. Yet, like nearly all other fossil fuel producers, Canada is pursuing a growth strategy that calls into question its claim of transitioning to a clean economy. Between now and 2040, the National Energy Board expects to see oil production grow by about 40 percent and natural gas by 30 percent.

So far, the Canadian federal government’s approach has primarily been to promote cleaner fossil fuels through innovation with research grants, subsidies, and carbon taxation. Prime Minister Justin Trudeau argues that more pipelines are necessary to pay for the transition to a clean economy. This approach, however, rests on two main assumptions: that Canadian fossil fuels can be produced more cleanly through additional investments; and that reduced emissions from a greener Canadian economy more than compensate for the global emissions produced by increased Canadian fossil-fuel production. So far, there is little evidence to back up those assumptions.

A growing number of researchers are calling for a clean break from policies promoting fossil- fuel production rather than a gradual move to cleaner fossil fuels. Rapidly shutting down fossil- fuel production is a climate necessity, but it would lead to massive disruptions. In the short term, energy prices would rocket, tens of thousands of workers would lose their jobs, and markets would see major upheavals. Access to affordable fuels remains a daily concern for most people, who still rely on gasoline-powered cars, natural gas furnaces, and fossil-fuel power plants. As seen in the recent protests against fuel-subsidy reductions in Ecuador and France, there would likely be massive popular backlashes against climate policies that fail to address the impact on social inequality.

Several approaches are pushing the fossil fuel sector to play a more positive role in transitioning to a low-carbon future:

First, a mix of instruments, including carbon pricing, can motivate and help the oil and gas industry to reduce its emissions. Fixing leakages, flaring, and releases from blowouts are basic priorities for the oil and gas sector. Methane traps heat efficiently; it is 34 times more potent than CO2 over a 100-year period, and methane leaks from the natural gas sector and power plants can drastically undermine their potential to reduce emissions compared with the use of coal. The development of cleaner technologies should not become an instrument to further prop up the sector. The $30 per tonne carbon tax instituted by the Government of Alberta does support clean tech in the oil sands, but it also finances the “war room” the province created recently to confront oil sands opponents, to the tune of $20 million per year. The federal government’s $155 million Clean Growth Program can prioritize projects with significant emission-reduction impacts, rather than marginal ones favouring industry profitability.

Massive investments have been made in carbon capture and sequestration, but they have not turned out to be the hoped-for silver bullet for the industry because of the high costs and the difficulty of capturing fuel-burning emissions from individual vehicles. Some major innovations are taking place in Canada, with promises of producing a “carbon-negative” barrel of oil through a combination of carbon capture and enhanced oil recovery sequestering CO2 in near-depleted fields. Yet, the source of CO2 and the full life-cycle of fossil-fuel – or “well-head to tail-pipe” – emissions needs to be accounted for.

Second, fossil-fuel producers can shift their production to lower-emission fossil fuels. This can be done by selecting lower-carbon-footprint projects for similar fuels, such as the tightly regulated giant North Sea offshore oil fields, which have lower emissions than Venezuelan heavy oil or Canadian bitumen deposits. It can also mean moving to lower-emission fuels. Many oil companies have rebalanced their project portfolios toward natural gas, despite increasing criticism that natural gas is not the “bridge fuel” to a low-carbon future that industry, politicians and even some environmentalists have claimed it to be. A further step is for fossil fuel companies to pivot to renewable-energy production. Many European fossil-fuel companies have invested in renewables, although this has rarely represented more than 2 percent of their capital expenditures. Few have gone as far as Orsted, Denmark’s oil and natural gas company that sold all its fossil fuel assets to invest in wind power.

The fourth, and final, approach is to cut down fossil-fuel production through supply-side carbon constraints. So far, governments and companies have adjusted production levels to suit revenue strategies. The Organization of Petroleum Exporting Countries has long tried to maintain prices within a profitable yet affordable price range to maximize long term revenues. The Government of Alberta temporarily limited oil production at the end of 2018 to keep prices for its oil products from falling further. Yet, it also legislated a total annual emission cap of 100 Mt for oil sands projects, which allows the industry to increase its current emissions by about 50 percent, a policy the Fraser Institute decried in 2016 because of the possible loss of $154 billion between 2027 and 2040.

The number of initiatives to cut down fossil-fuel production is growing. Supply-side initiatives clearly emphasize major carbon producers’ key role and responsibility, and help mobilize demand for greater accountability. Between 1988 and 2017, there were at least 1,302 climate initiatives in 106 countries. They include subsidy removals, carbon taxes, emissions-trading schemes, divestments, litigation, blockades, and government moratoriums and bans. Most, however, occurred in countries with low economic dependence on fossil-fuel production and limited fossil-fuel exports, with the partial exception of Canada and Norway at the national level and the US at the sub-national level.

The landscape for fossil-fuel producers is changing. While many governments, including the Trudeau and Trump administrations, have taken a pro-industry stance, efforts on many fronts are being made to clean up or shut down the fossil-fuel sector. Accelerating the transition to a low-carbon future through the fossil-fuel sectors is an inescapable and challenging task.  Publicly listed companies have generally adopted more proactive low-carbon strategies than have state-owned companies that support authoritarian governments. This is because there has been growing shareholder climate activism, public opinion and policy pressure. European companies are among the most advanced in cutting their carbon emissions in the industry, and some of them – such as Equinor – have ambitious goals. Finally, a mix of pressure from advocacy groups and consumer markets, along with policy requirements for low-carbon fuels and more profitable renewables can push producers to pursue more proactive climate policies. By working together, as seen in the Powering Past Coal Alliance, fossil-fuel producers can accelerate a transition to a low carbon future.

Australia’s fires are both a tragedy and an urgent call. Climate change should not be the only factor blamed for the devastation, but it is part of the equation and is surely present in the minds of Australians who are being affected by chronic droughts and long, scorching summers. Fossil-fuel producers have to stop trading off climate risks for resource revenues. The huge costs and moral responsibilities of climate change should force citizens, companies and governments to urgently address the need to phase out fossil fuel production. As the Government of Canada considers approving yet one more fossil-fuel mega-project, Teck Resources’s Frontier bitumen mine, we should think about the massive Canadian forests and peatlands that are at risk of burning.

Photo: Fire and rescue workers in the town of Bilpin, near Sydney, Australia, as bushfire burns in December, 2019. Shutterstock, by SS studio photography. 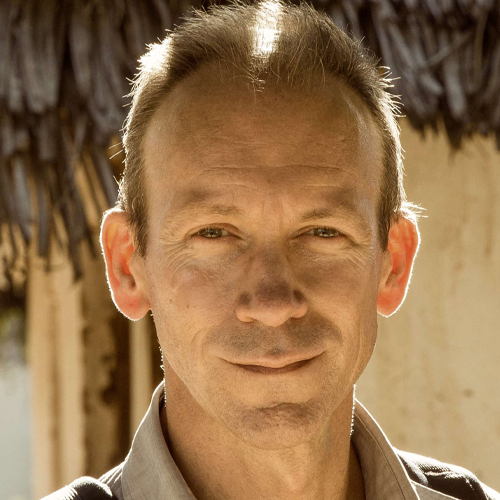