Allowing heroin prescriptions and expanding safe supply would be a positive step for people who use drugs, and could plot a course to legalization. by W.A. Bogart December 22, 2020
Share

Personal possession and use of all drugs in Canada should be decriminalized immediately, but we need to go further. To combat the illegal market and save more lives, we need to legalize and regulate drugs. We should prioritize the provision of safe access to opioids given the toll the opioid crisis is exacting. Legalization and regulation are the options that cause the least harm.

The lessons of legalization and regulation of cannabis

It’s been two years since recreational cannabis was legalized and regulated, something that once seemed impossible. Cannabis reforms have not been without problems, but they have been widely regarded as successful. The criminalization of individuals for merely using and possessing that substance has essentially ended. A drug long thought to be limited to the criminal element in dark alleys has been hauled into the daylight and bought and sold within a tight and transparent regulatory framework.

With legalization has come a fundamental shift in thinking that non-medical use of drugs should be addressed as a public-health issue, not with use of penal sanctions. People who use drugs should not be punished – and they should get support if they need it.

There has been recent, significant momentum toward decriminalization of drugs for personal use. Those endorsing such reform include the Canadian Association of Chiefs of Police, The Canadian Association of Social Workers, many medical officers of health, including Bonnie Henry, the New Democratic Party and B.C. Premier John Horgan along with the Vancouver city council and Jane Philpott, the former minister of health. An August editorial in the Globe and Mail also voiced support for it.

The Prosecution Service of Canada has begun to pull back from prosecution for personal possession of drugs, limiting it to cases involving public safety, according to a directive it issued in August. Decriminalization combined with other harm-reduction strategies such as safe-injection sites can lower rates of fatal overdoses and HIV infection caused by tainted needles. It can also create a path to help for those who are dependent.

The positive impact of decriminalization is not theoretical. Portugal has had mostly positive results from its decision two decades ago to decriminalize personal possession and use of all drugs. There has been no significant increase in harmful use, including for kids; the country did not become a haven for people coming to it just to use drugs; HIV infections and drug overdoses have gone down.

A ballot measure in Oregon to decriminalize drugs passed in November’s U.S. election with strong support. Norway is also proceeding to roll back penal sanctions for consumption of substances. It’s time for Canada to follow suit and decriminalize drugs now.

Legalize to confront the illicit market

Decriminalization, however, does not address the illicit supply of drugs coming from ruthless criminals making billions of untaxed dollars and peddling tainted substances that cause sickness and death. Legalization and regulation confront that system of “narconomics.” Yet even just decriminalization has met with consistent opposition from Prime Minister Justin Trudeau. He has said repeatedly that legalizing and regulating cannabis is as far as he is prepared to go to reform laws dealing with illicit drugs.

Legalizing the sale of illegal drugs seems a bridge too far despite cannabis legalization. There is widespread acceptance that the war on drugs has been a failure. Consumption for some drugs has increased, the illicit market is thriving, and individual lives are ruined.

But many people who are open to arguments favouring legalization wonder how it would be done. How is it possible to create an acceptable legal market for all non-medical use of drugs? That question must be answered.

A recent effort to address this critical challenge was undertaken by the British think tank Transform Drug Policy Foundation with the publication in October of How to Regulate Stimulants: A Practical Guide. Transform focuses on the reform of laws that criminalize non-medical use of drugs. It is highly regarded and consulted with the government of Canada regarding the legalization of cannabis. It has published work on legalization. The prestigious Global Commission on Drug Policy has also published such reports. Because stimulants, especially cocaine, are widely used, the October report focused on these drugs. But its discussion about how to regulate effectively and responsibly can be applied to any substances.

The opioid crisis and legalization

The numbers are horrific. Within the COVID-19 pandemic the opioid epidemic has taken a deadly toll. In B.C. there were more than 100 “illicit drug toxicity” deaths a month from March to August of this year – far more than in a comparable period last year (181 in June 2020 vs. 76 in June 2019). Data from Ontario indicate that the number of fatalities from opioids in that province increased by about 50 per cent this year over last year. In Alberta, related deaths from April to June this year were 302, significantly exceeding the previous three-month high of 211 in 2018. Urgent action is required to protect individuals from street drugs.

There is already something of a pathway to legalization of opioids in this country. Some police forces have stopped charging for simple possession and use of opioids, but the practice is uneven. Such lack of uniformity explains the increasing support for formal decriminalization. In addition, the federal government is permitting “safe supply” projects. In these instances, dependent individuals are given access to opioids so that they are not consuming street drugs, which can be toxic. But the future of such projects is uncertain, and we need more of them.

So – in constrained and shifting circumstances – there is a sort of legalization and regulation unfolding regarding opioids: some de facto decriminalization combined with some safe supply. But much more needs to be done – and quickly.

There is room for debate about the details of legalization and regulation of non-medical use of drugs. Transform, the British think tank, focuses the debate by breaking down the regulatory scheme into components including production, distribution outlets, availability, higher- and lower- risk products. There is much in its October report to guide policy-makers – if there is the political will to move forward with legalization and regulation. Transform is also clear about the goals of drug policy: “improve public health, protect human rights and promote social justice,” as mentioned in the executive summary of its report.

These components analyzed by Transform can be applied to the production and sale of opioids for non-medical use to sketch a route forward. As a starting point, provision of safe supply could be expanded and improved. A further step could be to allow doctors to prescribe heroin (an opioid) for those adults determined to use the drug despite counselling about its dangers. At some level this is a horrible suggestion, but it is better than having people get these drugs on the street from a criminal network that pays no taxes, has committed crimes for a thriving system of narconomics, and doesn’t care whether the drug is tainted. In all of this we should remember that drugs were largely available with little legal restriction until the 1900s. Punishing people for using drugs was, in many ways, a project of the 20th century.

Expanding safe supply and prescribing heroin both fall short of full legalization of opioids. But together with decriminalization, they would end criminalization of people who use drugs, further confront the illicit market, and save more lives. After careful assessment of the impacts, further measures such as those suggested by Transform could be contemplated.

Legalization of drugs is no cause for celebration. It’s no panacea for all the harms caused by drugs, including the ones that are now legal. It’s also not a basis for encouraging drug use. Legalization needs to be accompanied by widely available support for those who are dependent.

Many details must be hammered out, including the appropriate conditions for prescribing opioids for medical purposes. But when measured against the costs and pain of the current situation, legalization together with regulation is, as The Economist somberly put it back in 2009: “The least bad policy.” 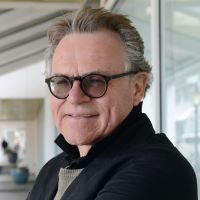 W.A. Bogart
W.A. Bogart is distinguished university professor and professor of law, University of Windsor (ret.). He is the author/editor of eight books, including Off the Street: Legalizing Drugs (Dundurn, 2016).
View all by this author
X