Photo: An aerial view of deforestation in the Amazon rainforest as plantations for palm oil and rubber expand. Shutterstock.com, by Richard Whitcombe.

More than ever, climate debt swaps should be the financial tool of choice

The debts of developing countries were at the highest level on record before the great lockdown. Since the COVID-19 pandemic began, the fiscal space for most of these countries has narrowed sharply: foreign direct investment has cratered, tourism and commodity-based revenues have plummeted, remittances from citizens abroad have dropped and trade protectionism has risen.

One indicator of the deepening financial crisis in developing countries is that 103 countries — the largest number ever — have asked the International Monetary Fund (IMF) for emergency financing to help address rising poverty and crises in health care and other sectors. Yet longer-term and structural solutions are needed to minimize debt defaults by these countries. Surely some official creditors will write off some debt. But for a much larger portion of the existing loans, complex, often divisive debt restructuring negotiations between debtor governments and their multiple creditors are about to begin.

Debt restructuring deals may include a variety of features, including extending debt service repayment schedules, lowering interest rates and exchanging — or swapping — debt. In a debt swap, the original value of the loan is discounted, because it is clear that the debtor will not be able to pay the full amount, and the discounted debt is sold to another creditor, who takes on the debt in exchange for various commitments by the debtor.

Debt swaps that benefit nature or promote action on climate change have played a modest role in past debt-restructuring deals. In 2020, as the world faces another unfolding debt crisis for developing countries, coupled with the current global climate emergency and the decline of biodiversity and ecosystems, debt swaps can become more important instruments.

A brief history of swaps

The peak of defaults on sovereign debt — debt owed by a country’s government — in recent memory arose from the 1980s banking crisis. A recent paper by the Bank of Canada and Bank of England, which surveyed sovereign debt defaults from 1960 to 2019, concludes that the 1980s debt crisis saw defaults top out in 1990, reaching 6.1 percent of all sovereign debt in the world, or US$450 billion in losses.

The 1980s debt crisis also motivated the first generation of debt-for-nature swaps. Scientific research of that period revealed the unique richness of the Amazon rainforest, as well as the alarming rates of its destruction. In 1985, a newly launched tropical forest monitoring system confirmed that 21,000 square kilometres of Brazilian rainforest had disappeared that year. While farmers cleared forests for timber, cattle grazing and export crops like soybeans, cash-strapped governments spent far more on debt repayments than on conservation.

Thomas Lovejoy, among the first scientists to research the Amazonian rainforest and to use the term “biodiversity,” proposed a novel way to bridge these twin debt and deforestation crises, through debt-for-nature swaps. As the 1980s debt crisis prompted the deep discounting of sovereign debt, creditors and debtor countries — in several cases supported by third parties like the Nature Conservancy and the World Wildlife Fund, which purchased discounted debt — agreed to swap some of it to provide financing so that debtor countries could curb illegal logging and protect tropical forests.

While most swaps involved country-to-country arrangements, in 1992 a group of six creditor countries (including the US, Sweden and France) converted a proportion of Poland’s debt to support domestic environmental actions, generating US$580 million over the next decade. The Polish deal was a model for subsequent ones: in the mid-2000s, the US and Argentina restructured US$38 million in debt to finance clean energy systems, reduce air pollution and protect fresh water.

The Paris Club — a group of major creditors — took note of the Argentina deal. In 2018, the Seychelles and the Nature Conservancy swapped US$30 million of debt from the Paris Club and South Africa to create a 440,000-square-kilometre marine protected area — one of the largest on the planet — as well as financing for climate adaptation. This year, the Nature Conservancy and the World Bank swapped sovereign debt in exchange for US$70 million to finance climate adaptation, resilient infrastructure and sustainable fisheries in Jamaica.

Linking debt swaps with conservation and climate action has moved well beyond being driven by the priorities of creditors; now developing countries themselves are promoting these initiatives and asking for the deals. In 2017, Caribbean countries negotiated pledges to swap roughly US$1 billion in debt for climate adaptation, and in mid-August 2020, a former governor of the central bank of Pakistan called for more action on debt-for-climate swaps. The heightened vulnerability of developing countries to climate change impacts like extreme weather events, coupled with the financing needed to transition to cleaner energy, helps explain why developing countries have recently been supporting debt swaps as one means of financing

No one knows how the current global economic crisis will affect developing country debt. But past experience generally shows that high debt levels trigger global financial crises, which in turn lead to rising debt defaults. If the same rate of debt default that occurred in 1990, 6.1 percent, is repeated today, when the sovereign debt of developing countries is estimated by the IMF at the lower end of roughly $8 trillion, the result would be approximately US$480 billion in debt defaults. If a small proportion of that amount — say, 10 percent as a minimum target — were to be restructured to include climate and nature objectives (with a discount rate of 55 percent, as was used in the most recent Argentina debt deal), then slightly more than US$20 billion could be available to finance global climate and nature targets.

Canada can help in four ways.

First, given the important role of bilateral donors in past swaps, Canada should explore how its modest portfolio of bilateral debt assistance — with Haiti, Ethiopia, Tanzania and others — could support climate and nature swaps. Canada could also work with other bilateral donors.

Second, while the G20’s decision in April to allow a temporary reprieve on debt servicing payments is welcome, longer-term solutions are needed. An important signal of the key role of the G20 in debt management comes from China, among the largest sources of developing country debt in the past decade. When China announced its intent to cancel some African sovereign debt, it pointed to the G20 Debt Service Suspension Initiative (DSSI) as the best platform for debt management solutions. Canada, as a G20 member, can help identify how the DSSI can include climate and nature financing, including through the Paris Club and other platforms.

Third, the IMF should advance needed policy research, principles and guidance on nature and climate debt swaps, including addressing various legal, transparency and other issues. More direct financing options should also be considered, including linking special drawing rights — the special currency that the IMF can issue to help countries — with climate action. As a member of the IMF’s board of governors, Canada can work with other members in identifying structural approaches to align debt, climate and nature.

Finally, since the majority of sovereign debt is held by the private sector, early deals with banks are needed to show how debt restructuring can support climate and conservation. If JP Morgan Chase took part in a debt-for-conservation swap in Madagascar in 1994, when the financial sector was barely thinking about environmental issues, then surely today creditors like Blackrock Inc. — which identified climate change as a key financial risk in early 2020 — should lead with early deals. Central banks can help: the Bank of Canada is one of 30 central banks that have pledged to integrate climate risk within financial management through the Network of Central Banks and Supervisors for Greening the Financial System.

While the debt crisis presents systemic risks, so, too, do climate change and the rapid loss of nature. New thinking is needed to help align these issues and avoid crises ahead.

David Murchison
David Murchison is vice-president international at the Institute on Governance. He has held senior positions in the public sector, including at Infrastructure Canada and Finance Canada, and is a former executive director of the board of the Asia Development Bank.
Tous les textes de l’auteur(e) 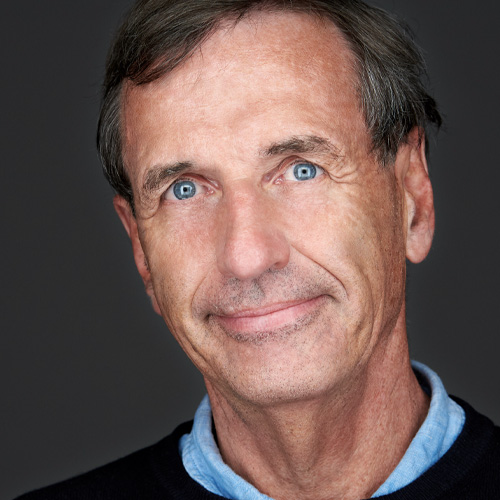 More than ever, climate debt swaps should be the financial tool of choice