Laudable goals for the North have been identified, but what is missing is a budget and a timeline for action. par Peter Kikkert, P. Whitney Lackenbauer 17 septembre 2019
Partager

To construct its new Arctic and Northern Policy Framework, the Trudeau government endeavoured to move beyond consultation and into co-development and consensus with Indigenous, territorial and provincial partners. The result is a framework born of a novel and admirable process that establishes issues and broad objectives but fails to provide a clear road map for action.

The most important part of the policy process is identifying problems. When Ottawa incorrectly defines problems facing the North or sets the wrong priorities, with little consultation from northerners, policy responses are often short-sighted and ineffective. To correct this omission, the federal government has worked with a wide array of northern partners over the last four years to identify and define the challenges and opportunities facing the region. Many of these issues are not new, such as climate change, food insecurity, poverty and housing shortages. They have been highlighted by northerners for years. But the framework released on September 10 is helpful in developing a common understanding of these problems with those most affected, reiterating them for the general Canadian public and setting them as a foundation for federal policy.

As the framework points out, the government and its Indigenous and territorial partners have already acted on some of the challenges and opportunities identified during the long co-development process — particularly through innovative and unique community-based initiatives. The implementation of community-led food production projects, improvements and expansion of existing air and marine infrastructure, and efforts to improve local marine safety point to the government’s focus on community-level solutions. Many of these projects have already been budgeted for under existing programs, particularly the Oceans Protection Plan. The framework also highlights the “conservation economy,” which makes conservation an important part of local economies. The federal government is slowly growing this conservation economy in the Arctic in collaboration with northern Indigenous stakeholders. The creation of Tallurutiup Imanga National Marine Conservation Area, co-developed with the Qikiqtani Inuit Association, has involved the establishment of the Guardian Program in the town of Arctic Bay and funding to improve small craft harbours in adjacent communities.

Although the framework is right to highlight these important community initiatives, they cannot hide the fact that the remainder of the document is light on concrete policy action. There are no budgets and no timelines. A clear federal plan is hard to discern. Instead, the framework promises that the government will have 10 years to “translate its goals and objectives into reality” and advises that these solutions will be co-developed with federal-territorial-provincial and Indigenous partners. In short, while reiterating many complex challenges and opportunities facing the Arctic, the framework fails to provide coherent strategies to tackle them.

The document highlights the need for transformative investments in infrastructure, but provides no road map to make this happen. For instance, through the National Trade Corridors Fund, the federal government recently provided $21.5 million for preparatory work for the $500-million Grays Bay Road and Port Project, which, if completed, would be the first road connecting Nunavut to the rest of Canada. The framework mentions the project once and provides no detail on how the government plans to support the massive endeavour moving forward. How will it approach opponents of the project who argue that the road will threaten the Bathurst caribou herd? How will it approach the debate between those who want to heavily regulate resource development and those who believe regulations are strangling the northern economy — a conflict the framework itself highlights? How will it determine which infrastructure projects get what funding when so much is required across the North?

The framework sets laudable goals such as ending poverty, eradicating hunger and eliminating the housing crisis in the North, but it offers no substantive approaches or mechanisms to meet them. It highlights the need to diversify the northern economy without providing an economic model to follow. The framework even fails to expand on relatively low-hanging fruit, such as the Harvesters Support Grant, an update to the Nutrition North program, which the federal government announced in late 2018. The framework could have answered how the Harvesters Support Grant will be implemented — details that the government has promised to release for months.

The absence of a plan speaks to the complicated process of co-developing policies across such a wide and disparate region. Many different voices need to be taken into account. The framework admits that consensus could not be reached on various issues (undisclosed, of course).

Perhaps this also explains one of the most confusing parts of the entire framework: the Inuit Nunangat, NWT, Nunavut and Pan-Territorial chapters that are available as appendices representing “the visions, aspirations and priorities of our co-development partners.” While these partner chapters formed an “integral part of this process,” the framework concedes that “they do not necessarily reflect the views of either the federal government, or of the other partners.” How, then, do these pieces fit into the overall framework?

Ultimately, the Liberals’ Arctic and Northern Policy Framework is a refresh of recent Canadian northern policies, placing people first and promoting healthy communities, environmental protection and sustainable development. Minister of Crown-Indigenous Relations and Northern Affairs Carolyn Bennett promises that this co-development process has yielded a policy foundation in which northerners — and particularly Indigenous peoples — will see themselves. We hope that post-election efforts succeed in translating this general framework into actionable policy. 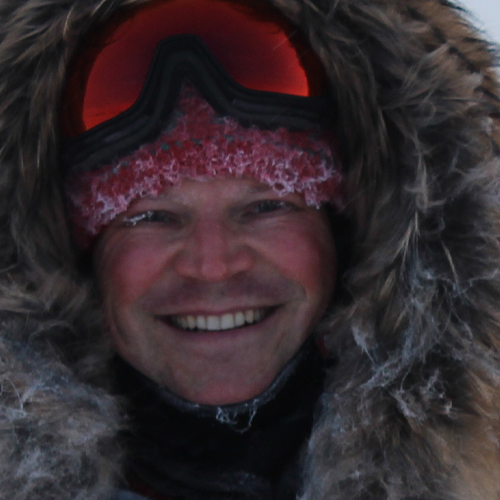