This article describes a reform plan for Canada’s long-term care system proposed by students at the University of Toronto’s Munk School of Global Affairs and Public Policy as part of the annual case competition organized by the Canadian Association of Programs in Public Administration (CAPPA) and the Institute of Public Administration of Canada (IPAC). The UofT team won this year’s competition, which involved 12 graduate schools. The competition has been held since 2012.

We’ve known since medicare was created in Canada that our long-term care system is inadequate. The final report of the Senate Committee on Aging in 1966 highlighted an “extreme shortage” of facilities to meet the needs of long-term care patients and criticized a “lack of clear policy” to respond.

Little has changed in the decades since that report was published. The federal government’s recent budget, which pledges $5 billion over five years to support the development of standards for long-term care, is yet another chapter in a storied history of half-hearted measures.

Globe and Mail columnist André Picard’s new book on the elderly, Neglected No More, takes note of how we have failed to come to grips with this growing challenge over the decades.

Now, the bill has come due, with more than two-thirds of all deaths in Canada attributed to COVID-19 in LTC settings. Provincial governments, working with Ottawa, must develop appropriate strategies for reforming long-term care. Our challenge in this year’s National Annual Public Administration Case Competition was to formulate such a strategy – in our case for the Ontario government. Like the 11 other teams comprising graduate students in public policy and administration nationwide, we had 10 days to do it.

Our vision was to stabilize and transform long-term care in Ontario and in Canada. To that end, our winning entry suggested the establishment of a national long-term care insurance program, similar to what exists in Germany, Japan and South Korea. We also urged the Ontario government to work with its federal and other provincial counterparts to increase Ottawa’s funding of the Canada Health Transfer to the provinces and to establish a pan-Canadian framework of national standards for long-term care.

Learn from others who do this better

As Canada’s population ages and as long-term care costs continue to rise, our current funding model will become increasingly unsustainable, swallowing larger portions of government budgets. The cost of public care in nursing and private homes is projected to double in terms of personal income tax revenues by 2050 – and that’s just to maintain current standards of care.

The urgent need to create a sustainable source of funding is further exacerbated by commitments made to stabilize the long-term care system in the wake of the pandemic. For example, the government of Ontario has committed $2.7 billion toward construction of 30,000 beds over the next five years, as well as $2 billion annually to create 27,000 new positions for personal support workers. To implement recommendations from the Long-Term Care Working Group, it has also committed to requiring an average of four hours of direct care for residents daily by 2025 in an attempt to reduce the neglect that has resulted in the needless deaths of long-term care residents.

While these new steps represent progress, they do not address the root causes of the failing system, nor will they achieve the transformational change necessary to ensure that every person in Canada can age with dignity.

In particular, without new and sustainable sources of funding, long-term care will remain under-resourced and neglected.

To address this crisis, our team’s proposal was for Ontario to work with the federal government and other provinces for the following: (i) an increase in the Canada Health Transfer for long-term care to 30 per cent of health expenditures over the next five years, (ii) establishment of a pan-Canadian framework for long-term care, and (iii) creation of an “age-well” insurance plan as a supplementary benefit to the Canadian Pension Plan. We were inspired by University of Toronto professor emeritus Carolyn Tuohy’s recent paper on this subject, which explores how federalism provides a pathway to addressing the long-term care crisis, in particular through the mechanism of an insurance scheme.

First, increasing the health transfer is a necessary step to support existing commitments and to stabilize the long-term care system. With all tax revenues under strain from the pandemic’s impact, the federal government’s fiscal firepower is an important backstop to supporting provincial and territorial governments.

Second, the proposed pan-Canadian framework is the key step to establishing a set of national standards for long-term care. The framework would create conditions for long-term care that provinces should meet to obtain funding. In particular, long-term care should be transparent, with quarterly risk reporting and annual public reporting. It should be consumer-oriented, with a focus on outcomes instead of simple compliance with prescriptive and at times burdensome regulations. It should also be supportive, with a single point of access to resources and services, as well as employment standards for high-quality care.

Third, the “age-well” insurance plan would establish Canada’s first universal system of insurance for long-term care. Canadians would contribute an average of 1.5 percentage points of their income to a fund supplementary to the Canadian Pension Plan, with employers matching their contribution and the federal government transferring one percentage point from income tax revenues into the fund. The monies in the fund would go toward supporting a diverse spectrum of services and establishments from home-based care to long-term care homes, enabling the adoption of assistive technologies designed to ease the process of aging.

While individuals would have the autonomy to decide how the money set aside for them should be spent, provincial health ministries would determine and enforce eligibility standards for clients and providers. Importantly, disbursement would be guided by a strategy of prevention and innovation in which seniors are encouraged to “age in place” and to seek out services and activities that reduce their likelihood of institutionalization. In sum, the vision is for the new financing system to foster a comprehensive “care continuum” delivered by a vibrant, diverse and dynamic LTC market geared toward prevention, innovation and quality.

The proposed age-well insurance plan, coupled with the stabilization initiatives and the Canada Health Transfer reform, are necessary steps for creation of a sustainable long-term care system that finally places the needs of our aging population at the forefront. It would align Canada with our international peers and allow our seniors to age with the dignity they deserve. 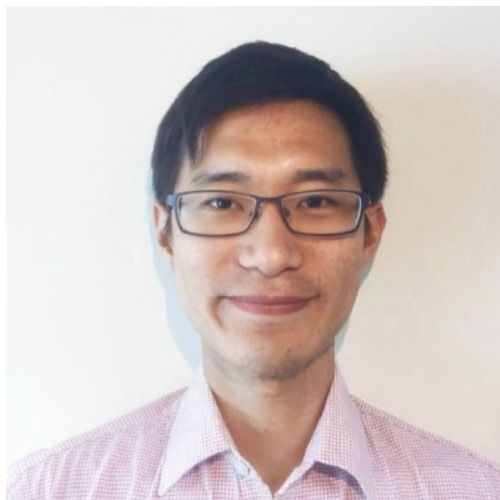 Hongyu Xiao
Hongyu Xiao has a bachelor of laws degree from the National University of Singapore. He recently obtained his master of public policy degree at the Munk School of Global Affairs and Public Policy at the University of Toronto.
Tous les textes de l’auteur(e) Maegan Ong
Maegan Ong recently completed her master of public policy degree at the Munk School. She is currently a policy advisor with the government of Ontario.
Tous les textes de l’auteur(e) Alexandrea Johnston
Alexandrea Johnston has an honours bachelor of science degree from McMaster University. She is currently a master of global affairs candidate at the Munk School.
Tous les textes de l’auteur(e) Ismail Badrawi
Ismail Badrawi is a master of public policy candidate at the Munk School with a background in management consulting and government strategy work.
Tous les textes de l’auteur(e) Joshua Marando
Joshua Marando is a graduate of the McMaster University arts & sciences program. He is currently a master of public policy candidate at the Munk School.
Tous les textes de l’auteur(e)
X