On Parliament Hill in Ottawa in August 2021, people participate in a rally calling on the Canadian government to evacuate the families of interpreters and locally employed civilians who supported the Canadian Armed Forces in Afghanistan. THE CANADIAN PRESS/Justin Tang Canada’s response to the Afghan crisis shows the “whiteness” of its refugee policy and how disconnected it is from the reality on the ground. par Themrise Khan 19 janvier 2022
Partager

Over the past year the lives of refugees and asylum seekers of the Global South have been put at risk more than ever by potential receiving countries of the Global North. Militarized migrant pushbacks at the Poland-Belarus border. Increasing migrant deaths in the English Channel. Draconian asylum and refugee policies being proposed by the U.K. A United States that continues to be refugee-averse despite a change in government. In essence, we are witnessing the “whiteness” of refugee policy – a shift by countries of the Global North toward using the lives of refugees to wield greater power over the Global South, all the while retaining the false narrative of the white saviour.

Canada’s current refugee policy is nowhere as extreme as those examples, but it is not so distanced from this narrative either. The Afghan refugee crisis in the summer of 2021 was meant to be a moment for Canada to exhibit its good policy, particularly since it played an active part in post-conflict Afghanistan and maintained a presence in the country. Instead, the Canadian response exposed the contradictions in its refugee policy, many of them a long time coming. Whiteness does not only mean discriminating against the “other.” It also means being completely disconnected from the situation outside the Global North. Canada’s response to the Afghan crisis has provided us with several illustrations of this disconnect.

From being one of the first northern countries to shutter its embassy when the Taliban took over to when it ended its evacuation mission in the following days, Canada’s disconnect from reality was clear. There were thousands of refugee and asylum cases that had been pending since at least 2014, and the decision to create new refugee programs or expanding existing ones at the 11th hour was a bureaucratic scramble, rather than a well thought out policy response. It stranded people in other countries, which meant Canada had to negotiate special agreements so these countries would temporarily house refugees destined for Canada. The ethics and optics were particularly weak when this involved countries like Pakistan that had closed their borders and were hostile to Afghan refugees.

The situation of Afghan interpreters and fixers who assisted Western forces, including Canada, illustrates the biggest policy disconnect from reality. Their roles were prone to being romanticized in the media, as they perfectly invoke the image of the Western white saviour and the oppressed Afghan working together against a common evil. However, Afghans did not necessarily help Western forces because the West came to save them. They did it primarily for economic survival, as some studies have found, and as a way out of the country for their families in the aftermath of a brutal conflict. This does not negate their right to seek refuge. But suggesting the prospect of asylum in return for helping imperial forces during an (illegal) occupation is a flawed and incoherent premise in the context of refugee policy.

In effect, Western interventionism created multiple tiers of refugees in a system that was never meant to view some as being more deserving than others. In Canada’s case, this threatens the lives of Afghans who directly worked with us by encouraging them with the prospect of asylum and then failing to deliver even before it was too late – all because such cases required a force-fit within a law that recognizes them as just one of many deserving groups.

What the Afghanistan situation most clearly illustrates is the absence of mechanisms within Canada’s refugee policy to respond to complex emergencies on the ground. Canada’s refugee system, like many others, looks to the United Nations High Commissioner for Refugees’ (UNHCR) referral program.refugees officially registered with the organization to third countries that are offering resettlement opportunities. These third countries, such as Canada, then select who to admit by applying their own criteria to the applications referred to them by the UNHCR. This is how Canada responded to the Syrian refugee crisis in 2015. In the recent Afghan case, however, the system was redundant since the urgency created by the Taliban takeover was to remove Afghans from within Afghanistan, not from refugee camps elsewhere. Not anticipating this, and also leaving existing Afghan applications stagnating within our refugee system, was perhaps Canada’s worst failing in this crisis.

The Afghanistan case blindsided Canada’s refugee response system, but it didn’t have to. We must redesign our refugee policy to be proactive instead of reactive. For this, Canada must:

The West obsessively predicts large-scale displacement related to climate change and hunger. But it does little to predict or understand how armed conflict or political power imbalances can force people to flee, especially in the Global South. This includes ignoring voices within the Global South that are better able to judge tension and displacement in their countries. Afghanistan has been a location of conflict for as long as the Taliban have existed. Misjudging this was a tactical error that exposed Canada’s disregard for the views of potential refugees themselves. Refugee policy must invest in a more Southern-led understanding of how conflict manifests over time and can affect people’s lives, including the voices of refugees. It must move away from being simply a paper-pushing exercise.

Canada was involved in pre- and post-conflict Afghanistan not just militarily, but also via its development programming and humanitarian support. Information gathered by the various departmental channels is vital to developing an integrated response to potential human displacement across government. Better inter-governmental co-ordination would improve refugee response systems, particularly in countries where Canada is diplomatically present.

Canada rather proudly states that it responded to the Afghan crisis by effectively accommodating on-ground challenges. This included bypassing and altering screening and documentation requirements. But this was done only after the realization that regular, peace-time processing measures were not working. Precious time was lost in the process of coming to this realization. Had such measures been in place beforehand, the response would have been immediate. Therefore, it is imperative to acknowledge the distinction between and the need for peace-time and conflict-related refugee processing mechanisms.

A Canadian government official recently commented on Canada’s refusal to bring in relatives of Afghan refugee applicants who were deemed inadmissible. He said: “the hard part of the job has been telling people: ‘I’m sorry, this is the policy.”

This comment in a nutshell sums up Canada’s disconnect from reality as it relates to its refugee response. The Afghan case has demonstrated that whiteness manifests itself not only in racial discrimination but also in policies that are largely oblivious to reality outside our borders. Canada prioritized its bureaucracy and interventions over the risks faced by the Afghan people, and the system ignored the urgency of a country on the brink of collapse. If this is what our refugee system is built around, it is clearly geared toward helping Canada, and not the vulnerable. 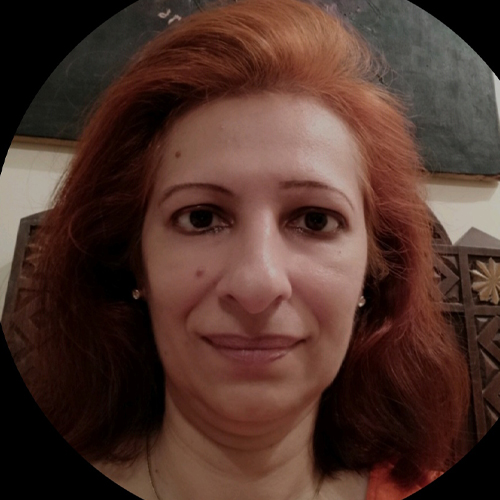