If the federal government’s plans for a new infrastructure bank work out, bridges, transit lines and hospitals across Canada will soon be built using private money. Private investment is now a well-established way to fund construction projects, but what if it could also be used to strengthen the country’s social fabric?

That’s the promise of social impact bonds (SIBs), an innovative financial model that opens a new front in the fight against persistent problems like homelessness, chronic ill health and youth unemployment.

SIBs enable governments to tap private investors to fund new social programs, with the promise of a return on investment that’s linked to how well the initiative performs. They are particularly well suited to programs that intervene right when a social issue emerges, or aim to prevent it developing in the first place.

In October, MaRS, a large centre for innovation in Toronto, unveiled the first large-scale experiment with this type of funding in Canada: the $4-million Community Hypertension Prevention Initiative (CHPI). The program aims to prevent onset of high-blood pressure — a major risk factor for heart attack and stroke — in 7,000 at-risk seniors, through lifestyle changes.

The CHPI is a joint effort between MaRS, the Heart and Stroke Foundation and the Public Health Agency of Canada. Eleven investors — a mix of charitable foundations, corporations and wealthy individuals — are providing the risk capital to pay for the four-year program. If the initiative succeeds in controlling participants’ blood pressure, the government will pay back the investors with a premium equivalent to an annual rate of return of about 8 percent. If it doesn’t hit its targets, the investors lose most of their stake.

The benefits of this model are numerous: Nonprofits like the Heart and Stroke Foundation get a new long-term source of revenue; public money is spent only on projects that deliver results, and socially conscious investors can put their money to work in ways that make a difference and reap dollar dividends.

By linking investor payouts to specific measurable targets, SIBs contain a strong profit motive to create programs that are agile and react to the needs of participants. Unlike established public funding mechanisms, which often tightly define how a service is to be delivered, SIBs focus on the desired outcomes and leave much more latitude for service providers to determine how to achieve them. This active performance management can also generate insights to shape future funding and policy decisions.

The benefits of SIBs have been recognized by governments around the world. They are being used to support a growing list of services, including stable housing, assistance for vulnerable families, and interventions to prevent criminal reoffending. The model is also being explored as a supplement to overseas development aid.

The analogy between SIBs and public-private partnerships for infrastructure is not an exact one. Importantly, the role of the private sector is smaller in SIBs, as investors are given board-level representation, but day-to-day service delivery remains the responsibility of nonprofits (in the case of the CHPI, it is Heart and Stroke Foundation).

Despite this, SIBs have been criticized by some public sector unions as an attempt to privatize social services. While it is important that bold ideas like SIBs are publicly debated, these concerns are misplaced. The aim of SIBs is to enable governments to support more social programs and provide nonprofits with the stable funding and freedom they need to be innovative and create better services.

The launch of the CHPI is a good step forward in Canada, but the sector still needs a clear signal from provincial and federal governments that they are committed to using outcomes-based funding models like SIBs.

One way to do this would be to set up a dedicated fund to support more of these projects. Currently, funding for each new project has to be negotiated from scratch with the government department responsible. A dedicated fund could energize investment and innovation in the social sector, much as an infrastructure bank can stimulate Bay Street to invest in construction projects. It would provide a centre of expertise within government, create an incentive for nonprofits to innovate with outcomes-focused programs, and encourage more investors to familiarize themselves with the model.

This approach is already at work in the United Kingdom. The UK government has founded a number of different funds to support dozens of outcomes-focused projects, such as the £30-million ($50 million) Department for Work and Pensions Innovation Fund, which backed 10 SIBs to improve education, employment and training among disadvantaged youth.

Australia is currently setting up a A$96-million fund called Try, Test and Learn, to test new initiatives to break cycles of welfare dependency. It will likely use SIBs for some of these projects.

A similar move here could set off a wave of innovation, creating results-driven social programs that transform the lives of Canadians.

Adam Jagelewski
Adam Jagelewski is director of the MaRS Centre for Impact Investing, which he co-founded in 2011. He is a leading voice in efforts to grow Canada’s impact investing market, which unlocks private capital to tackle social issues.
Tous les textes de l’auteur(e)
X 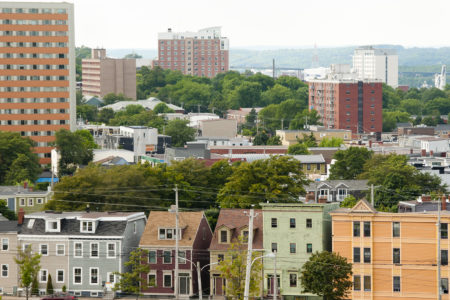