Caremongering and the risk of “happy-washing” during a pandemic

The COVID-19 crisis has spawned a movement of helpers, but that doesn’t relieve the government of its responsibility to protect the vulnerable. par Yvonne Su 14 avril 2020
Partager

Canadian kindness has been making global and national headlines again. This time, it’s because of the “caremongering” movement now in place across the country that’s assisting those affected by COVID-19. A Facebook search for “caremongering” now brings up over 65 groups from across Canada from Cape Breton to Inuvik to Kamloops. Combined, they have a membership of almost 170,000 people.

The media have responded by focusing on human interest stories of those who have been helped by the caremongering movement, but these uplifting stories often fail to outline the limits of such a movement as well as its possible negative side effects.

As social beings, we want to band together during a crisis because it helps us feel strong and alive in the face of uncertainty. However, my research indicates that while there is an upside to this solidarity, it is often short-lived and romanticized by both media and politicians.

In fact, it may allow the government to download its responsibilities to Canadians and the private sector and abdicate its role in ensuring that everyone is protected and secure. But the good news is that caremongering has potential as an impetus for political change during the crisis as well as after it is over.

The promise: Canadians filling in the gap for the most vulnerable amid unfolding government response

Most of the groups are centred around assisting vulnerable populations such as the elderly, people with disabilities, immunocompromised individuals as well as other marginalized populations. Some typical requests found within the groups are elderly people requesting assistance to get groceries, immunocompromised individuals asking for masks and hand sanitizer and people who were recently unemployed asking for assistance with applying for government benefits or employment insurance.

Caremongering groups are particularly helpful in highly urbanized and transient cities where those with the lowest levels of education and income often lack strong social networks and have limited to no social capital. The Toronto Foundation’s 2018 social capital study found that 6 per cent of adult residents in Toronto report having no close family members and a similar proportion say they have no close friends. This means over 100,000 adult residents lack this essential form of social support during a crisis when it is most needed. Thus, for those most vulnerable, kindness from strangers is an important lifeline during a time when government response is inadequate or not yet available.

The perils: A sidestepping of accountability and responsibility as Canadians step in for the state and politicians happy-wash the crisis and response

While most of the caremongering groups found on Facebook see their goal as providing mutual help and resources to community members, some see these collectives as a way to sidestep the state and take matters into our own hands. As Ghee Chopra, one of the administrators of the Caremongering-TO group, wrote in a post, “Caremongering is not about ‘nice Canadians’ helping each other out …. Caremongering is recognizing the failures of the state and doing it ourselves.” While this statement may read as empowering to some, the implications contribute to alleviating the state of its formal responsibilities. A global pandemic is not something that can be overcome by individuals; it is a public health issue where all levels of government hold responsibility.

Moreover, romanticizing community solidarity can contribute to the happy-washing of the crisis and the government’s response. In other words, just like how green-washing is the spinning of a company’s bad environmental track record into a good one, happy-washing is the act of obscuring desperate realties on the ground with a positive spin. For example, failures of the formal response such as a shortage of medical supplies or personal protective equipment for medical staff in many countries is buried under stories of citizens in Wuhan, Italy, Spain and Canada banging pots and clapping for frontline workers. In the UK, articles about citizens’ concerns about the British governments’ “callous and dangerous” herd immunity plan appeared alongside videos and more positive articles of millions of Brits clapping for medical workers. In these overwhelming times, citizens may opt to participate in community solidarity over the more challenging task of demanding stronger government action. Even the singing in solidarity has its limits. It’s already stopped three weeks into Italy’s lockdown.

In Canada, while Prime Minister Trudeau has not made mention of caremongering in his announcements, he uses a similar narrative of community solidarity, mentioning various versions of “we’re in this together” and “our government is here for you. And your fellow Canadians are here for you, too.”

Happy-washing and the over-reliance on community solidarity after disasters was observed after Typhoon Haiyan in the Philippines, where politicians, humanitarians and the media alike over- reported on stories of community resilience and rapid self-recovery. The dominance of these narratives contributed to silencing the needs of survivors as well as the criticisms of the government’s slow and inadequate response. Instead, the burden of recovery was unfairly placed on affected households who were told that their innate resilience combined with the mutual aid from their community was enough to overcome their challenges and struggles. While such a degree of exaggeration and shifting of responsibility has not taken place yet in Canada, there is a risk that it may if the public does not hold our government to account.

The potential: Caremongers turn their efforts into political action

With almost 170,000 caremongers identified on Facebook across Canada, there is a lot of potential to turn their community action into political action. There are limits to how much individuals can help, and indeed some caremongers have already signalled they have done all that they can. This is why the government’s announcement of $9 million to help seniors impacted by COVID-19 is a necessary measure.

Indeed, there have been calls for more financial and social support for vulnerable Canadians among these groups. For example, students have posted about how they feel at a loss because many have not earned $5,000 during the school year, which means they don’t qualify for the Canadian Emergency Response Benefit or employment insurance. And now that their summer jobs have been cancelled or suspended, students feel “cast aside” and forgotten in the federal pandemic plan. These calls for action have resulted in the government’s recent announcement to make changes to the Canada Summer Jobs program to help young Canadians affected by COVID-19. Thus, utilizing the power of social media and public opinion can help bring about  wider impacts for those most affected.

In addition, while many in wealthy countries were clapping for front-line workers, quarantined citizens in Brazil took to their balconies to bang pots to protest President Balsonaro’s inadequate response to coronavirus. Conventional protests in the streets can no longer take place under social distancing rules, and so finding creative ways to protest the government as they have in Brazil can be another way for citizens to show their displeasure.

The important lesson to take away is that caremongering should pressure government for more action. The movement should also be a place for critical discussions about why caremongering was needed in the first place – what are the structural and policy gaps in our society that necessitated mutual aid as opposed to government action? In order to build the solidarity and community resilience that will last beyond the COVID-19 crisis, the caremongering movement needs to recognize this window of opportunity and capture this political moment for change.

Caremongering and the risk of “happy-washing” during a pandemic 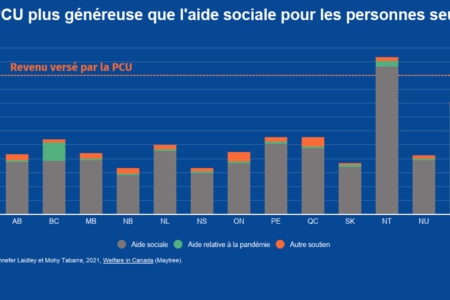