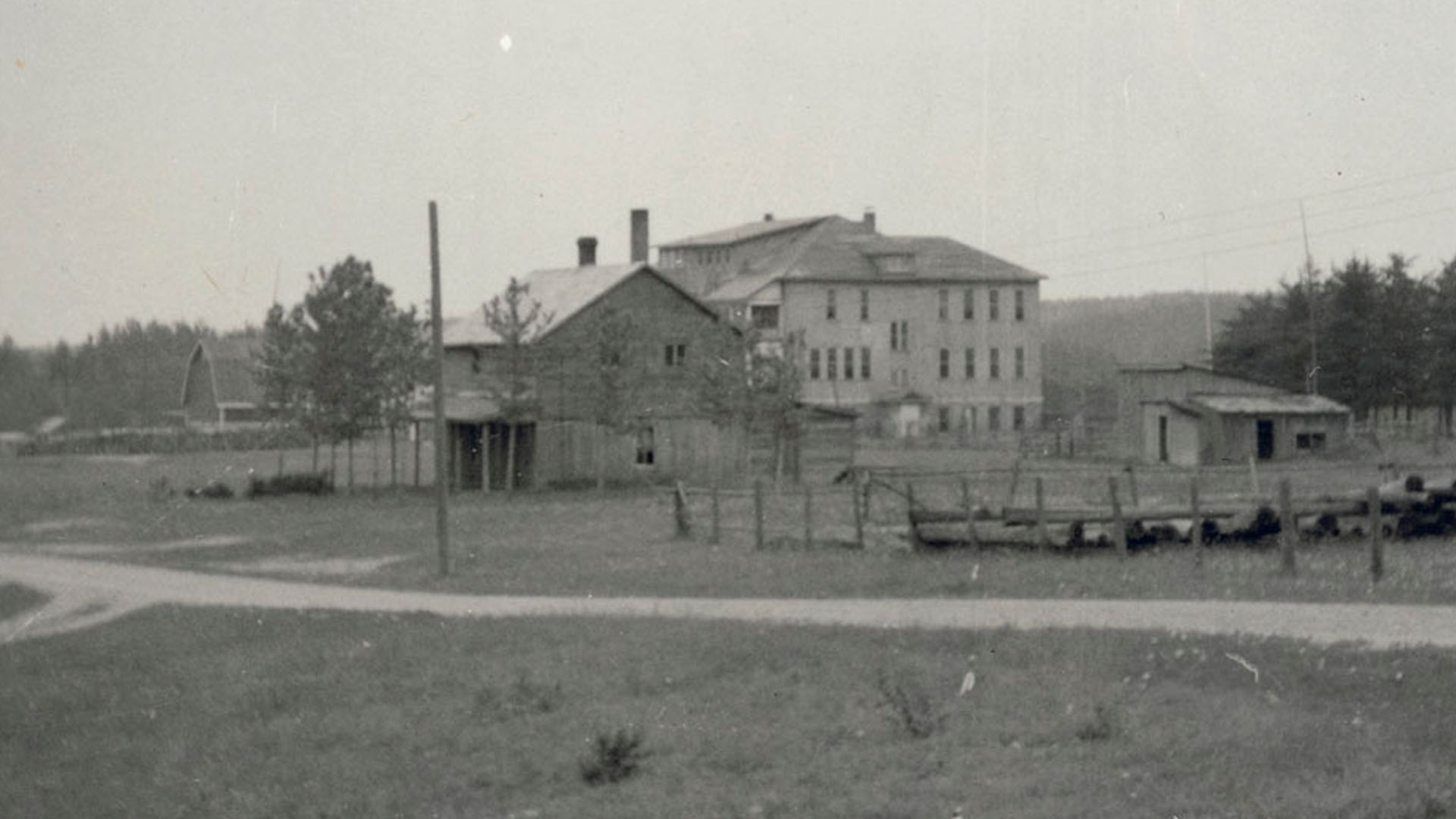 Unearthing the unmarked children’s graves on or near former Canadian Indigenous residential schools could well be the tipping point. Since the June 2021 revelations at Kamloops Indian Residential School, the broader public has finally been engaged and it has injected a sense of urgency into the movement to integrate that shameful legacy into social studies K-12 curricula from province-to-province across Canada.

Newly awakened citizens are now realizing that their education never included curriculum or discussion about residential schools and their horrible legacy. That was definitely true 25 years ago, but less common today because of gradual, incremental changes in provincial social studies curricula. The massive Truth and Reconciliation Commission of Canada (TRC) report in 2015 made teaching this history one of its highest-priority calls to action – a move that inspired a wave of First Nations, Métis and Inuit (FNMI) curriculum initiatives. Gauging the actual reach and effect of such projects is worthy of much closer scrutiny.

Mandating curriculum change does not necessarily lead to effective, consistent or discernable modifications in teaching practice. Implementation challenges can thwart policy guidelines and directives (as Michael Fullan’s book illustrates) and it’s critical to assess the gaps between the official curricula, the recently commissioned teaching resources, compulsory course offerings and the actual received curricula. The Ontario experience in integrating First Nation, Métis and Inuit (FNMI) perspectives and content into the curriculum is a case in point.

Since the TRC report, provincial and territorial governments have been entrusted with a very specific mandate – to make the history of residential schools, treaties, and historical and contemporary contributions of First Nations, Métis and Inuit a mandatory educational requirement for all kindergarten to Grade 12 students. While it emanated from the TRC, the whole idea of teaching independent, elective FNMI-focused courses and cross-curricular perspectives was hardly new to most people familiar with social studies curricula.

The Ontario Ministry of Education has invested considerable time, energy and resources into the creation and implementation of a native studies high school curriculum from the early 1970s onward. Its initial iteration, the 1975 People of Native Ancestry (PONA) curriculum guide and documents, was largely part of the Indigenous cultural revival that swept Canada after the first wave of closures of the residential schools. That curriculum was also created after the passage of the Charter of Rights and Freedoms, in collaboration with Indigenous advisers and educators.

The fundamental shortcoming of Ontario’s PONA initiative was that it was entirely focused on creating and implementing a self-standing set of optional social studies courses. It was never a required component of the curricula and it was never mandatory and never integrated with other parts of Canadian history. By the fall of 1999, the provincial curricula had expanded to a suite of 10 individual native studies courses spanning grades 9 to 12. While the initial native studies courses were innovative at the time, they were offered in only 39 Ontario high schools and in significant numbers of actual courses in only four of those schools between 1999 and 2006. Furthermore, proposals to offer several of the courses, in part, in the Indigenous language were essentially shot down by federal authorities in Indian and Northern Affairs Canada (INAC), which was more committed to advancing English literacy and raising graduation rates.

Faced with growing public demand in Ontario for improved Indigenous education, the Ministry of Education responded in 2006 with a new, broader strategy known as the Ontario First Nation, Métis and Inuit (FNMI) Policy Framework intended to expand native studies content in schools across the province. It proposed the implementation of “quality Native Studies education,” to Indigenous and non-Indigenous students, with the aspirational goal of raising the awareness of all Ontarians of Indigenous perspectives, histories and cultures.

One of the most widely used textbooks, Creating Canada: A History of Canada – 1914 to the Present, identified the abuses, referenced the 2006 financial compensation package, featured Harper’s apology and gave expression to rising demands for further initiatives addressing unresolved problems affecting Canada’s Indigenous peoples.

Yet Ontario’s 2007 FNMI curriculum initiative fell short of achieving its rather lofty objectives. No target dates were set for implementation in all schools and critics pounced on the policy’s more-explicit commitment to raising Indigenous student outcomes and graduation rates. Nurturing of the revitalization of Indigenous cultures took a back seat to what were labelled “neo-liberal” educational goals for FNMI students. The policy’s stated key priority lent credence to such claims. That was to, in the words of the document, “close the gap between Aboriginal and non-Aboriginal students in the areas of literacy and numeracy, retention of students in school, graduation rates, and advancement to postsecondary studies” by the year 2016.

Educating students about Indigenous concerns and fostering cultural sensitivity may have been goals of the FMNI curriculum, but there was no explicit commitment nor benchmarks for assessing progress. Greater funding from 2006 to 2010 did increase the number of schools offering native studies courses to 267 from 51, with course offerings jumping to 478 from 75, and more school boards providing the courses. The number of students enrolled in the courses rose from slightly more than 2,200 in 2007-08 (or 0.31 per cent of all high school students) to 716,103 or 1.14 per cent by 2009-10. But that’s still less than the proportion of Ontarians of Indigenous origins, which is estimated at 2 per cent.

Training teachers to work collaboratively with Indigenous communities also became a problem. Small enrolment courses did not prove financially sustainable, so in 2011 the minimum number of enrolled students per course was doubled to 12 from six. Even academic allies such as Queen’s University researcher and Métis scholar P.J.A. Chaput mused about whether the courses were still too dependent on provincial funding to be sustainable long term in Ontario.

The pattern of implementation and uptake was remarkably similar in Alberta. The Alberta Education Department made the teaching of Indigenous perspectives a key pillar of the 2005 social studies curriculum. Provincial mandates like this are often met with teacher ambivalence, if not passive resistance. One 2013 small-sample study of the FNMI initiative, conducted by University of Calgary education professor David Scott and involving five teachers, demonstrated that they had mostly brushed aside the mandate.

A more recent July 2018 article, examining Alberta social studies teachers’ resistance to teaching Indigenous perspectives provided an assessment of why, after 18 years, educators in Alberta were still reluctant or resistant to making the changes. Scott and Raphaël Gani neatly summarized the three most common rationales:

Such explanations, according to Scott and Gani, actually masked a more-encompassing explanation and that is that most social studies educators embrace worldviews and apply curricular frameworks that preclude integrating FNMI perspectives. If and when the history of Indigenous residential schools is taught, it is in isolation or simply in passing because it is not central to the theme or prevailing narrative in social studies curricula.

Ontario’s latest curriculum revision in 2018 put renewed focus on implementing the TRC calls to action through a revamped First Nations, Métis and Inuit (FNMI) Studies curriculum. Beginning in 2019, native studies was supplanted by the FNMI curriculum with an emphasis on a broader range of learning outcomes, tilting more to social and emotional well-being. A new youth development framework, Stepping Stones, was adopted that de-emphasized improved academic outcomes. Appropriating such models from modern social psychology and youth development may well prove equally problematic because they are drawn from outside the realm of Indigenous wisdom and experience.

Indigenous education researchers Lindsay Morcom and Kate Freeman of Queen’s University’s faculty of education would likely prefer a model encompassing a more unique Indigenous philosophy, worldview, culture, and spirituality. One such model drawn from Anishinaabe tradition is known as the “Medicine Wheel and the Seven Grandfather Teachings.” Those seven grandfather teachings are a set of characteristics that guide us on how we can live a good life, or mino-bimaadiziwin, and embrace a set of core values: honesty, humility, respect, bravery, wisdom, truth and love.

They are also intimately connected to the medicine wheel, a three-dimensional sacred cosmology involving the four directions, the sky, the earth and the centre. The curriculum initiatives, however well-intended, can exemplify teaching that runs counter to Indigenous knowledge and ways of knowing.

Teaching units including FNMI topics and perspectives are now more common in mainstream courses in the latest Ontario curriculum from grades one to 10. Ontario’s new FNMI curriculum (grades nine to 12), revised in 2019, is, in many ways exemplary because it offers a comprehensive, detailed, historically sound and fairly challenging set of 10 high school social studies and English courses. The introductory course, First Nations, Métis and Inuit in Canada, focusing on historical inquiry and skill development, delves into the history of Indigenous peoples from pre-contact to the present day, including residential schools. The program culminates in a very rigorous and up-to-date set of courses focusing on Indigenous issues and perspectives and a more civics-oriented sequel on Indigenous governance in Canada.

There’s one big problem – none of the new courses is mandatory for Ontario high school students. While that was the original intention of the previous Liberal government of Kathleen Wynne, incoming Conservative Education Minister Lisa Thompson reversed that commitment in May 2019. While three of the courses may be substituted for compulsory credits, those decisions are left up to regional school boards.

Two decades after the advent of the initial Ontario native studies courses, the status quo still prevails in Indigenous education. While residential schools are in the current curriculum, it is still entirely possible for students to graduate from high school in Ontario without exposure to a more-detailed analysis of the residential school tragedy and its enduring impact.