When many Canadians hear the term “clean energy job,” they probably imagine workers designing devices in an engineering lab, manufacturing solar panels or assembling a wind turbine. Sectors like mining are rarely top of mind in conversations about building a clean, low-carbon economy. But Canadian resource communities, companies and workers could soon find themselves at the forefront of the clean energy transition, seeing new economic opportunities and jobs emerge, because they supply the metals and minerals needed for clean energy technologies.

Mining is big business in Canada, and the metals and minerals we’re producing are essential to increase the global supply of solar panels, wind turbines, smart grids, LED light bulbs and electric cars. Take copper, for example. As Robert Friedland, founder of Vancouver-based Ivanhoe Mines, noted at the 2016 World Copper Conference, “Copper is the king of metals…Every single solution drives you to copper — solar power, wind power, electric cars, you name it.”

Canada has the world’s 10th-largest copper reserves, at 11 million tonnes, and was the world’s eighth-largest producer in 2016, producing a total of 720,000 tonnes. Natural Resources Canada has identified more than 40 mines, processing facilities and advanced exploration projects for copper, in addition to opportunities associated with mining other metals and minerals that it has designated as “clean energy enabling.”

Home to 14 of the 19 metals and minerals needed for solar photovoltaic panels, including 6 critical materials, Canada could emerge as a key supplier of resources for the build-out of solar power. The opportunity associated with solar power alone is immense. Thanks to falling technology costs — they dropped 58 percent between 2010 and 2015 — solar is emerging as the leading source of new electricity in countries around the world. In the next five years, the International Energy Agency projects, the amount of solar power capacity worldwide will nearly double.

The global transition to clean energy will create new and growing demand for many of the metals and minerals found in Canada. But if we are to capitalize on this opportunity, a more responsible approach to mining will be required.

The Mining Association of Canada has established the Towards Sustainable Mining program, a set of tools and indicators adopted by its members to drive performance and responsibly manage mining risks. The program’s principles include respecting human rights, and minimizing the impact of mining operations on the environment and biodiversity. But the program needs wider adoption across Canada and beyond. To standardize what best practices in mining look like on a global basis, the Initiative for Responsible Mining Assurance has brought together a group of major mining, electronics, jewellery and steel companies, NGOs, affected communities and labour unions to establish a multi-stakeholder and independently verifiable system. It determines whether companies are living up to its Standard for Responsible Mining.

But Towards Sustainable Mining has been adopted only by members of the Mining Association of Canada, and the Initiative for Responsible Mining Assurance is voluntary — so there is no guarantee that all Canadian mining operations will deliver its standard of performance. To ensure higher standards throughout the industry requires that the federal and provincial governments bring in robust regulations that can maintain the confidence of Canadians. By setting the bar high for sustainability, Canadian mines would not only achieve greater community and public support, they would also be well positioned to sell their products to an increasingly discerning clean energy marketplace.

While the idea may be surprising to some, Canada’s mining sector can play an essential role in enabling the technologies that will help the world address climate change. Closer to home, the clean energy transition — with its demand for metals and minerals — offers mining workers and communities across Canada new opportunities for economic development and revitalization. There is a global market in search of both resources and resourcefulness, and Canada is uniquely positioned to deliver both. It’s an opportunity not to be missed.

Photo: Copper Mountain, an open pit porphyry mine in BC. Shutterstock/Ivan_Sabo 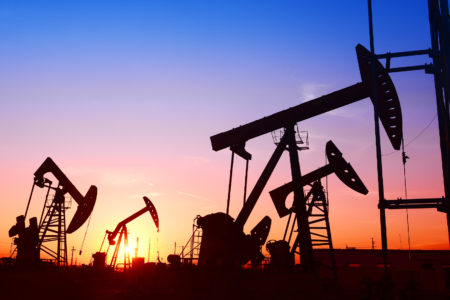