It is time to strengthen the power of many of Canada’s mayors out of respect for voters, who have high expectations for effective local leadership. par Brian Kelcey 12 janvier 2022
Partager

Most Canadian cities follow a calendar fiscal year, so winter is also budget season. Recent budget debates in two cities stand out as examples of why it is time to strengthen the power of many of our urban mayors ─ not as a gift to local politicians, but out of respect for voters, who have high expectations for effective local leadership.

Start in Calgary on Nov. 23, where rookie progressive Mayor Jyoti Gondek was on the losing side of a budget vote. Councillors approved 11-4 a direct Calgary Police Service request to add $6 million to its budget, beyond a $9.6-million increase previously approved. As a member of the Calgary Police Commission before she was elected mayor, Gondek voted no because she felt the police service had not yet delivered on commission goals regarding “anti-racism work” and “call diversion” of social or health emergencies to other agencies.

However, we know that was her position only because she spoke to the Calgary Herald afterwards. During the meeting itself, she was doing what she is expected to do under Alberta municipal law: she was acting as if she was a neutral party, presiding over the council meeting as its chair, rather than advocating for her position.

Meanwhile, in Guelph, Mayor Cam Guthrie is a moderate conservative in his second term. His approach has been to maintain public support by balancing new city initiatives – such as his campaign on homelessness – against his small city’s limited fiscal capacity.

On Dec. 2, over the course of nine hours and 47 separate motions, Guelph’s council members voted 8-5 to add millions in spending to the budget drafted by the city public service. To fund those increases, the city’s budget includes more than nine per cent in property tax hikes over two years. As expected under Ontario municipal law, Guthrie was also presiding from the speaker’s chair for most of the debate. He was one of the five “no” votes. As mayor, he must now go into the next municipal election explaining why tax increases he didn’t support will fund a budget he didn’t get to draft.

A few Canadian city mayors have significant political authority, thanks to what we can call a “legislative strong mayor” model. As in many European cities, this approach either gives mayors the authority to choose a cabinet that can meet confidentially (Winnipeg), or it allows mayors to lead formal political parties (Vancouver, Montreal). In either case, formal support from a strong plurality or majority of council members empowers mayors to direct their city governments. In other international cities – such as Bristol, Tel Aviv, Seattle, Sapporo and Bogota ─ “executive strong mayors” have specific powers to manage city staff and/or spending directly, although many important decisions still require council approval.

Canada’s Constitution lists cities among provincial powers and, thanks to provincial laws, most  cities are still governed with the same weak-mayor model as a 19th century Upper Canada village. Mayors chair council meetings, cast one vote as if they were just another councillor, and represent the city publicly. Some big-city charters anoint mayors as “the chief executive officer of the city,” yet without specifying any real executive powers, except in an emergency. Toronto’s model is perhaps the strongest of these “weak-mayor” systems. Mayor John Tory is not expected to chair council. City bylaws empower him to appoint council’s committee chairs, and he can prioritize two “key items” on any council agenda. Otherwise, in the eyes of the law, Toronto’s mayor is basically the 26th councillor. In Halifax’s charter, the mayor presides over council, and he or she “may monitor” operations at city hall. It’s as if 102,000 Haligonians voted for Mayor Mike Savage to be a watchdog rather than a city leader.

The result is a democratic disconnect. Canadian city councillors are fond of painting mayors as merely first among equals, to recycle an old phrase describing the prime minister’s role in British cabinets. “Equal” is an odd choice of words. Consider Gondek and Guthrie’s electoral mandates. In 2021, Gondek won more votes than all the ballots cast for every elected Calgary councillor combined. In 2018, Guthrie won more votes than two-thirds of his council colleagues combined. As mayors, their ward is their entire city. And, as former New York City Mayor Ed Koch memorably quipped, “if a sparrow falls in Central Park, » the mayor takes the blame.

Yet Canada’s prevailing system of local government parks Gondek, Guthrie and most of their counterparts in the speaker’s chair, limiting their ability to lead most council debates, with little or no formal input on fiscal plans. Mayors in weak-mayor cities can even exceed their authority simply by directing city staff to do due diligence on an idea without prior council authorization.

Canadians often answer these concerns with the claim that stronger mayoral authority is a purely American idea. This is ahistorical, because at least a few Canadian city mayors had additional powers earlier in the 20th century, and some still do as noted earlier. It is also internationally oblivious. Several European countries have a long tradition of strong mayoral leadership. Over the last half-century, a long list of international democracies have given stronger authority to mayors directly elected by voters (not appointed) as well, and the trend is accelerating.

A better answer would be to give Canadian city mayors “the power to propose.” (My former colleague Patrick Gill shares credit for developing the concept.) Provinces should amend municipal legislation for cities larger than 100,000 people to:

1. Replace mayors in their role as impartial presiding officers with an elected councillor, so mayors are free to engage in every debate;

3. Award mayors (or acting mayors) the sole authority to propose draft budgets to their council. Point 2 (above) will allow mayors to work directly with staff on budget drafts that are consistent with mayoral priorities and commitments.

With this approach, mayors could inject more coherent strategy into city budgets. They would be better negotiating partners with other levels of government. They could bring more fully baked proposals straight to council, instead of asking for permission two, three or four times just to bring an idea to the table. Councillors would retain 100 per cent of their existing authority to introduce proposals of their own, and to approve, reject, challenge or amend a mayor’s motions. In short, the power to propose would strengthen a mayor’s political leadership without altering the balance of city hall oversight in the way that a mayoral veto, cabinet-style appointments or direct executive powers might.

Local government scholars know that many Canadian mayors already exercise similar authority through informal channels. In the vacuum of leadership created by our weak-mayor systems, it is not unusual for public servants to defer to the local mayor as if he or she already had more authority than municipal laws provide. Even then, it is in the public interest to formalize this process, rather than leave mayors, councillors or citizens to guess whether this is happening behind the scenes.

Canada’s urban centres are growing rapidly. Public expectations are growing accordingly. When voters elect a mayor, few ─ if any ─ are casting ballots for the best presiding officer, nor do most city residents see their mayors as just another city councillor. Voters elect a mayor to be the political leader of their city. “The power to propose” would be a reasonable, measured reform to help mayors meet those expectations. 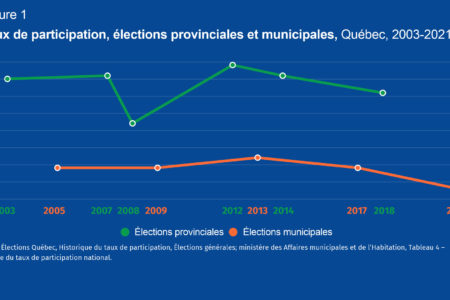