It’s a new year, and it is time for the federal government to turn over a new leaf on the environment.

Justin Trudeau’s Liberals, and the Conservatives before them, have been dogged by controversy over decisions on large industrial developments — including the assessment and approval of pipelines, mines and dams.

There have been doubts raised about the role science is playing in these government decisions. The result has been outcry (and tens of thousands of letters) from Canadians of all stripes: scientists, lawyers, Indigenous leaders, public servants, elected officials and members of the public. And although we work in different scientific sectors — university, nonprofit, and private — we share a conviction that sound science must be used to inform public policy. That’s why we’re speaking up.

In the coming weeks, the Liberals are poised to deliver on a key election promise to make “environmental assessments credible again.” Two laws slated to be revised are the Canadian Environmental Assessment Act and the National Energy Board Act. These laws oversee the approval of major resource extraction and energy transmission projects (such as Newfoundland’s Muskrat Falls dam and the Site C dam in British Columbia), and oil and gas pipelines that criss-cross the country, and many others.

Progress in environmental legislation and policies can be slow, but they have a profound impact. Changes to these laws can affect the health of our communities, the quality of the air we breathe and the water we drink and the climate threat we face.

In theory, the federal government’s commitment to “modernizing environmental assessment” means changing how it decides if a proposed project should proceed and under what conditions. Among other considerations, these decisions should rely on good science.

Science provides the data and the methods to predict both the potential economic benefits and the environmental impact of a project. It’s also used to test whether projects are having a greater impact than expected and to help with adaption when they do. No one questions that the environment and economy go hand-in-hand, but we do question how firmly established the role of science is in this relationship.

In June 2017, after several years of high-profile public consultations, the federal government released a discussion paper outlining its plans to reform environmental assessment. The report previewed issues we will likely see addressed in the legislation: more meaningful Indigenous consultation, a consideration of climate change, and transparent scientific methods. This is a step in the right direction. However, to make sure that environmental decisions are made on a foundation of strong science, upcoming legislation and accompanying regulations must make three critical changes.

First, the government needs to define Canada’s environmental values as a country, and set acceptable thresholds for risk to the environment. Many currently proposed mega-projects are apparently controversial because they are at odds with our values ─ for example, signing international commitments to reduce carbon emissions while simultaneously approving large fossil fuel projects, making those commitments even harder to reach. We must establish a national set of values and strategies, including in the fight against climate change and in regional assessments. Then we can use good science to evaluate whether we are meeting or failing the thresholds we have set, using these values.

Second, environmental assessments must embrace the precautionary principle. This means that the people or groups proposing a project have to demonstrate it’s safe before it can proceed. Given the size of the environmental threat we face ─ increasingly severe weather-related disasters due to climate change, for one ─ precaution as a guiding principle would be prudent, but it should also be the foundation of environmental assessment and regulation.

Third, to ensure there is reliable evidence to support decision-making, the government must uphold principles of scientific integrity. These include peer review of methods and results, data that is freely available to the public in perpetuity, better incorporation of Indigenous knowledge and values, and ensuring that those conducting assessment-related science are qualified and free from conflict of interest. It will also be important to restore funding to the federal departments responsible for monitoring environmental and human health, after the severe cutbacks enacted under Stephen Harper’s government.

To make sure that industrial projects don’t land Canadians with the burden of environmental disasters and an increasingly unpredictable climate, environmental assessment processes must rely on good science. In the coming weeks, the Trudeau government will signal its intent in this regard and decide whether it will maximize or squander this once-in-a-generation opportunity to rewrite key environmental legislation. We hope it will enshrine commitment to good science in writing and put in place a strong foundation to protect Canada’s prosperity and environment.

Photo: A coalition of environmental and fisheries groups protest potential changes to environmental assessments for major offshore oil and gas projects in Halifax on Wednesday, January 24, 2018. THE CANADIAN PRESS/Darren Calabrese. 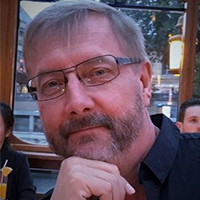 Katie Gibbs
Katie Gibbs is the co-founder and executive director of Evidence for Democracy, a national not-for-profit organization promoting science and the transparent use of evidence in government decision-making.
Tous les textes de l’auteur(e)