We have had a month now to calm our jangling nerves. President-elect Donald Trump sat down and had a civilized conversation with President Barack Obama. He promised to keep a couple of popular features of Obamacare and said he understood global warming was partly man-made. But he clearly plans to be an almost omnipotent president. One has only to look at the military men he is recruiting to his cabinet. He will probably control both Congress and Senate for four years and, maybe worse for Americans, shape the Supreme Court for another decade. What can Canada expect and can we find a safe path forward in the geopolitical confusion that is likely to come?

Is it the end of the world as we know it? It is likely we are seeing a fundamental shake-up in the global pecking order. The United States, under a weakened Obama, was already fading. Europe is too weak and divided to be a stand-in. Whatever else, this seems like the end of the US as the all-purpose global leader. The world, shaped by the US, has experienced a decade of mismanaged domestic economic policies that has led to the continuing global financial crisis. This has been combined with a series of misjudged and costly military interventions across Asia and the Middle East, including in Iraq, Syria and Afghanistan. The US is no longer everybody’s favourite model. China and Russia, with their complementary aspirations for regional and global spheres of influence, are likely to become more substantial military powers in the next decade or two, especially if their present partnership holds. Somewhat bizarrely, the Trump of “America First” talks as if, as long as the US is not directly challenged, he is prepared to tolerate their aspirations. Bye-bye Ukraine and South China Sea.

China is expected to regain its global leadership in overall economic performance in the next few years. As it completes a politically driven shift of focus to a pro-poor, internal consumption approach, its economic growth will likely stabilize at a healthy 7 percent per year, on the way to surpassing the US’s gross national income (GNI) by roughly 2025. Especially with the Trans Pacific Partnership (TPP) trade deal dead in the water, China will again become the driver of many global resource markets. It will be dominant in shaping Asian markets, both as a consumer and seller. Geopolitically, it could start to fill the vacated US shoes. Somewhat perversely, the present Chinese approach of boosting domestic consumption to provide jobs for otherwise uncompetitive workers might emerge as a sensible strategy for Trump to use in meeting his own promises to rust-belt voters, those “left behind” poor white male Americans.

However, we should have no illusions that Trump might emerge as a closet liberal, even if he is wriggling back from a few extreme positions on Obamacare and that wall along the Mexican border. As Paul Krugman notes, a Trump-inspired Keynesian push, even one that includes substantial tax cuts for the rich, could temporarily be better than a few more years of global financial crisis. Indeed, for some in the international development community, Trump’s policy message resonates with the UN’s global Agenda 2030, with its signature “no one left behind” policy.

There is no such semi-silver-lining for the Paris agreement on climate change. Last month’s COP22 meeting in Morocco to formalize the treaty put in place a legalistic trick designed to undermine the immediate Trump threat. The treaty now forbids any signatory to withdraw for the next four years. This is mandatory solidarity! Of course, Trump and his emerging team of climate deniers can do a lot of damage inside the US itself, although a couple of European leaders have suggested that they might promote new global trade rules that would apply a special tariff penalty to any country (that is, the US) that fails to meet its carbon reduction target. The Trump threat could also have an inhibiting effect on Canada’s new plan for a universal, slowly escalating carbon tax. We will have to grit our teeth and hope that the benefits of the green technology people are hoping for turn out to be real. (Who knows, in extremis, California, which already co-ordinates some green policies with us, might one day ponder joining Canada!)

Trump’s international policy stances, especially his seeming admiration of Russia’s Vladimir Putin and his hesitation over confronting China, could lead to a whole new set of partnerships. For example, in the UN Security Council, a new alignment of power could sometimes find the US on the side of Russia and/or China, shirking the traditional positions of the G7/OECD block of liberal votes on human rights or international development. Canada could find itself on the losing side of important debates. The situation could be worsened by a division in the voting of members of a diminished European Union and a post-Brexit United Kingdom.

It is hard to define what will be the future path of the other two Asian giants, India and Japan. They certainly have no inclination to kowtow to China, but they desperately need market access and partnerships to sustain their own economic growth. They, probably along with Indonesia, Thailand and even Vietnam, will want to opt into any new China-led agreement that replaces the failed US-led TPP. With political support from a more inward-looking Trump-led USA uncertain, fence-sitting may not be a very easy option. The choices will be even more painful for OECD-linked Japan, South Korea and Australia.

Independent of Trump’s plans, Japan, similar to much of Europe in its current anti-immigrant hysteria, will need to seek out substantial immigration to counter the shrinking of its population. It is increasingly essential for Japan, although it might be culturally painful, to have more person-power to sustain a strong economy. It will need to sign a formal trade deal with China, as well as signing up for China’s Asia Infrastructure Bank. If it does not, its global competitiveness will slowly decline.

India’s situation is more optimistic. It is now, after all, the world’s largest country, in population terms, and the fastest growing economically. But that growth rate is an aberration, the result of China’s transition to a new inward-looking policy, which has temporarily lowered China’s growth rate to closer to 6 percent. Also, because of its long history of intraregional tensions with Pakistan and other countries, India cannot lead its own economic bloc in South Asia. It will therefore need to find an accommodation with China. This should not be impossible, since there is a complementarity in their mindsets and management skills — one the world’s largest democracy, the other the world’s strongest economy (after the US), and both very education/skills-focused societies. They could overcome past tensions and form a great partnership. If that fails, India will likely end up aligning with the US, but only after Trump.

Under Trump, the US might seek once again to be the hegemon for the Americas. This will likely fail. Why would Brazil, Argentina and Mexico, Latin America’s dominant economies, give up their independence when they have their own, albeit more modest, regional partnerships? They will wait for Trump to go, and hope, as will many others, that the US will quickly regain its place as a constructive world leader (hopefully a chastened one), a neighbourly quasi-social democracy just like Canada.

Africa, which has the biggest concentration of the world’s poorest, must find the political will to move to a more inclusive, more equitable and liberal-minded political model. Over the very long term it has untapped potential from its natural resources, land and minerals, but in order to access these it needs a more highly skilled population, and it has to control that population’s growth. It is starting on these journeys, but slowly and erratically. Aid to Africa is a significant part of the US’s assistance program, and it will be be a major setback for Africa if it loses that aid under a President Trump. If this happens, it will also open up even more space for China, whose aggressive aid and investment presence is already by many counts the biggest among all the donors, even the major multilaterals. The impact on Africa of global warming-induced droughts is a new threat to the continent’s progress. This threat will only be compounded if the Trump government stays offside in the global struggle to combat climate change.

The Middle East will require a lot of healing to recover from its multiple wars, many of which the US triggered as a result of its post 9/11 paranoia. The countries most affected are Afghanistan, Iraq, Iran, Syria and Palestine. The US remains an active player in this region, but more as an ambiguous peacemaker than as an active warmonger. The uncomfortable accommodation between Russia and the US as both fight ISIS may even deepen under President Trump, who seems to want to avoid further costly US entanglement in the region’s destructive conflicts. He seems to have lost his bombing blitz urges, as long as there is no direct threat to the USA. This is a possible “plus” point for Trump’s impact (Hillary Clinton was the more eager hawk), but the region’s physical and political rehabilitation will take longer than Trump’s term. The Sunni-Shia/hence Saudi-Iranian competition is deep-rooted, and there is no resolution in sight, unless an even more drastic fall in oil prices makes that competition totally unaffordable for both!

This complex framework of changing power relations points to many challenges for Canada. The US political elite has just had a deafening wake-up call from those citizens who are left behind economically and ignored politically. Canada cannot expect to escape significant collateral damage, living as we do next to this seriously wounded and bitter giant.

We need to be part of the diplomatic effort to get Trump and his administration to recognize the folly of not confronting the existential threat of global warming. Over the medium term, we need to take measured steps to move beyond our historical economic linkages with the now weakened EU and UK, recognizing they alone can no longer be sufficient for our economic future, even our global security. Those steps involve understanding and responding proactively to the major shifts of power and global leadership in Asia. As Australia has already been doing for a decade or more, we need to connect to the emerging networks of Asian partnerships, notably (but not exclusively) those centred on China and India. Less critically, we could bypass the US to link more strongly to Latin America. These networks are not sitting waiting for us; we will need to seek them out and earn their trust. This effort will be part of our commitment to a better global future, including implementing the UN’s Agenda 2030 on sustainable development, as a donor and as a global citizen.

Today’s multi-ethnic Canada is well placed to succeed in these efforts. We should seize this unplanned opportunity for bold changes, to think outside the box. The President Trump crisis facing our southern neighbours should serve as the trigger for a decade of Canadian outreach to the new emerging centres of power in an increasingly multipolar world. 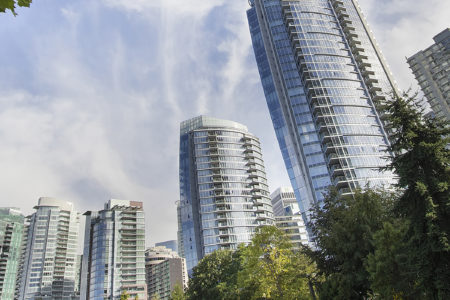 Foundations should be freed up to invest effectively